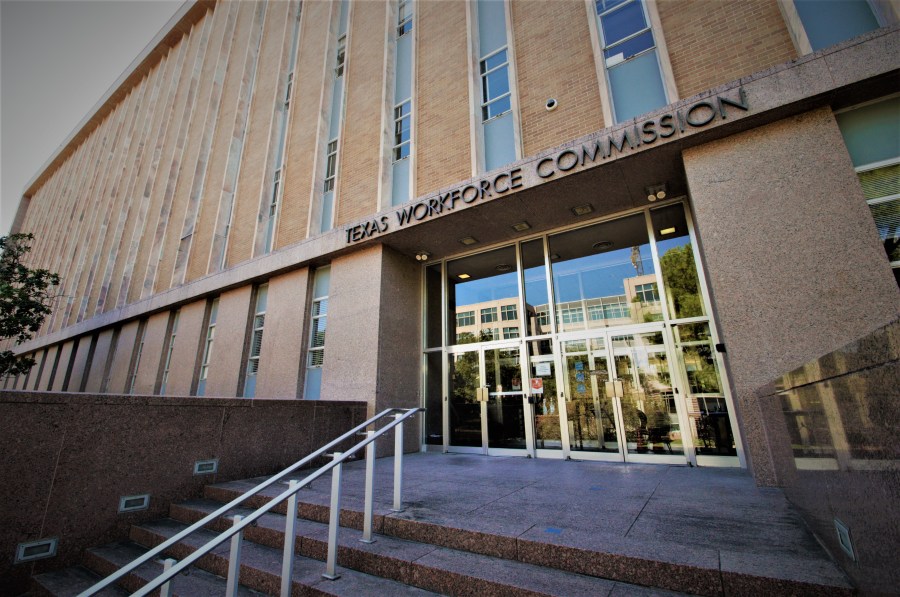 AUSTIN (KXAN) — Saturday marks the two-month anniversary of Kimberly Rule's application for unemployment benefits. She's one of the millions of Texans who lost their livelihoods when the pandemic hit last March.

If the past several weeks are any indication, she'll soon hit the two-month mark without seeing a dime of her unemployment benefits.

Rule says she's stuck in a TWC call center loop. A loop where you call the agency's toll-free unemployment line to speak with someone to fix your unemployment troubles. For hundreds of Texans we've heard from since March, the calls are rarely answered.

“Once they finally do answer, which is a real miracle, and somebody will answer saying that they have been contracted with the Texas Workforce Commission," Rule told KXAN. "I kind of go into the spiel, and I've been waiting for somebody to contact me they have not and they put me on hold a few minutes and come back: it's a well, unfortunately nobody's available to take your call, call back later."

TWC call center contractor: ‘Someone needs to be held accountable’

"When you call and get a contractor on the line, can that contractor help you?” KXAN investigator Jody Barr asked Rule.

"Not one bit," she replied. "They act like they're doing something behind the scenes, like they're pulling up my file, learning a little bit more about why I would be calling. But they always tell me I'm sorry I don't have the ability to give you those answers or to help you in any way,  I have to put you in touch with somebody that works in the Texas Workforce Commission, I'm just a contractor.”

“Everyone within my team, the contractors, we do the best we can. There are very, very nice people and it’s a good experience just minus being able to actually do more for the members, do more for the people calling in," a TWC call center contractor who asked not to be identified told KXAN.

The contractor, fearing losing his job, asked to have his voice distorted in an audio recorded interview with KXAN.

The TWC contracted with call centers to help the agency's core-agents process claims and to help Texans correct problems with their filings. Those problems lead to unpaid benefits and if a claimant can't get through to an agent, those problems can stall benefit payments for months.

In October, another contracted call center worker told KXAN contractors were limited in what they could do to edit a claimant's account. That meant when someone called to find out why their benefits stopped - or were never paid out in the first place - the contractors were unable to fix the problems with their accounts.

Those callers would have to work to get through to a TWC agent for help.

Since the pandemic forced millions of Texans into the unemployment line, we've heard from nearly 2,000 Texans who have had various problems contacting the TWC for help. As of Dec. 18, KXAN has submitted the names and contact information for 1,123 unemployed Texans to the TWC who reached out to us for help.

The TWC placed those people on a list to be called directly by one of the agency's call centers.

The latest contractor told KXAN it's become "nearly impossible" for contractors to even get an agent on the phone in the past few weeks. “There's just a lot of issues where we absolutely need authorization from a TWC agent and we just are completely unable to reach them," the contractor said.

“It's a frustrating situation and it doesn’t feel good a lot of the time. Telling members I’m going to transfer you to TWC just feels like theater. It feels like 99.9 percent of the time - honestly - I have never spoken to a TWC agent. Never. Not once," the contractor said in the recorded phone interview.

The TWC did not agree to be interviewed for this report, but did send a statement. The agency said it's fielding around 50,000 calls each day, which is substantially below the calls per day the TWC experienced at the height of the pandemic. At one point, the agency reported receiving 3 million calls in a 24 hour period.

That call volume led the agency to contract multiple private call centers to help handle the increased call demand. For several weeks in the summer the TWC said it was fielding 100,000-plus calls each day. TWC spokesman, James Bernsen, told KXAN there are 3,392 workers answering calls and helping in the unemployment processes inside the TWC.

"Are there unique issues with some calls? Yes, but they are uncommon. We conduct our own internal monitoring of calls with our contractors to ensure quality customer service, and we know this to be the case," Bernsen told KXAN in a Jan. 8 email.

"Unemployment claims are very complex and for that reason, when we initially hired contractors, we assigned them to the less complex cases. But over the past few months, we have been upskilling and training them to develop a larger pool of representatives who can handle Tier II cases. Moreover, the call center personnel who are not trained to that level have an internal form to fill out to put customers on a callback list. We have hundreds of people calling back UI claimants," Bernsen wrote.

“I can count on my hands since I've been working the amount of times I've actually been able to transfer to TWC: three times out of solid 500 calls I can safely say," the contractor who contacted KXAN said.

“You have to tell people in dire straits that there’s nothing you can do. And honestly, to add insult to injury, we have to tell them to call the same exact number back in hopes of reaching a TWC agent.”

Bernsen said the high call volume over the past few weeks are because of questions about the CARES Act extension. The agency sent this list of tips for people needing answers related to the CARES Act:

The TWC said the U.S. Department of Labor granted Texas the authority to pay out benefits under the CARES Act extension. Since Jan. 4, the TWC paid $110 million to unemployed Texans under the extension.

Manchester United vs Liverpool: Get £50 in free bets when you bet £10 on FA Cup clash

Joe Biden's Granddaughters Maisy, Naomi, Natalie and Finnegan Reveal What They Call Him