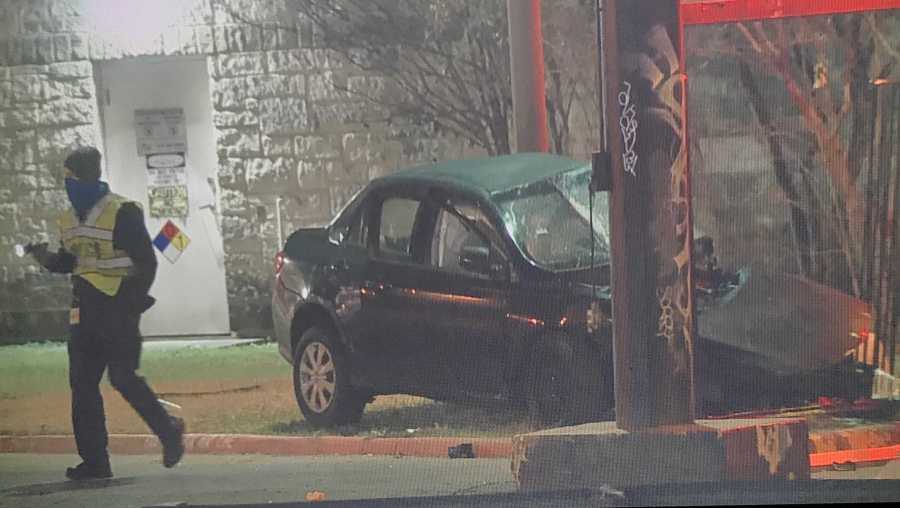 AUSTIN (KXAN) — A man has been charged with intoxication manslaughter in connection with a deadly crash in east Austin in the early hours of Saturday morning.

Christian Ramos, 24, has been arrested following the crash on the I-35 service road near the Fiesta Mart on 38th Street, at about 1 a.m.

An arrest affidavit states that surveillance video from a nearby gas station showed a 2013 Mazda driven by Ramos was traveling northbound on I-35, while a 2009 Toyota was traveling westbound on East 38½ Street.

The signal lights were flashing red in all directions at the time of the crash, meaning all drivers approaching the intersection should stop, but the Mazda did not stop, according to the affidavit.

The vehicle was traveling at a high rate of speed, police said, when it drove through the intersection, hitting the Toyota.

The driver of the Toyota was pronounced dead at the scene.

Ramos told police at the scene that he drank “a couple” of alcoholic beverages at a friend’s house before driving, and he had smoked marijuana during the day.

In an interview with a DWI unit officer, Ramos said he was “driving down I-35” and “hit whoever.”

The officer carried out tests to determine if Ramos was intoxicated. He determined that Ramos lost the normal use of his physical and mental faculties necessary to safely operate a motor vehicle by the introduction of alcohol or drugs into his body.