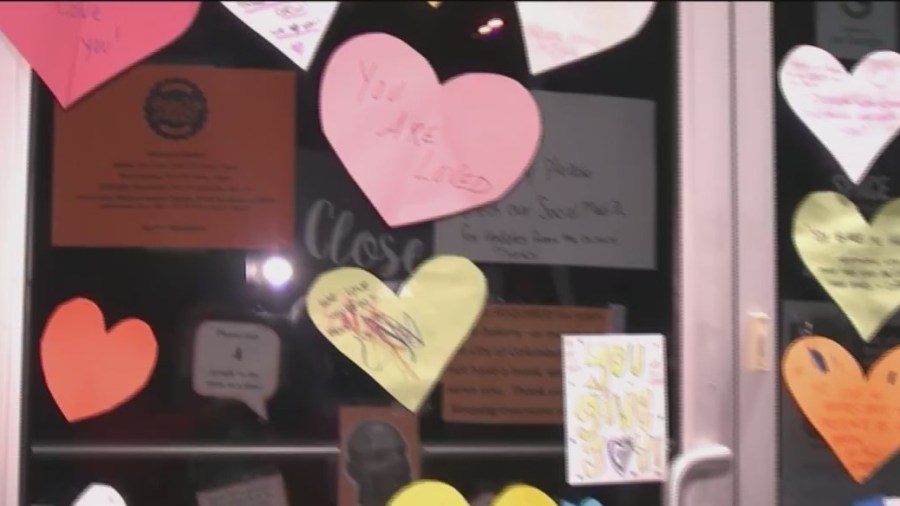 COLUMBUS (WCMH) – A local Black-owned baker closed its doors Sunday morning after management said racially charged threats were made toward the business.

The bakery closed for employee safety.

After people heard about what happened, some community members came to the German Village bakery and put hearts all over the building.

The co-owner of Bake Me Happy was touched after what she called a long and exhausting day.

Bake Me Happy was having one of its better weekends for business since the pandemic started, but Sunday morning, business was stopped.

“This wasn’t just a random, out of the blue call,” said Letha Pugh, the bakery’s co-founder. “This was a very targeted call and so I took it seriously.”

Pugh said someone called the Merion Village location, asked about the gluten-free bakery, then went on a violent, racially charged tirade and said people needed to get out of the building.

“That’s a threat, essentially,” she said. “I called the number back and the person answered the phone and just kind of went into saying a bunch of racial slurs.”

Pugh wasn’t in on Sunday and out of an abundance of caution and for employee safety, the shop closed for the day.

“I wasn’t going to take any chances, not in this day and age,” Pugh said.

In addition to talking to police, she talked to Columbus City Council President Shannon Hardin.

“What I told her is what I will say this evening: that this type of hate and this type of racism has no place in Columbus,” Hardin said. “It has no home here.”

A sign about closing is on the door. On social media, there’s also an outpouring of community support.

The Conversation: Suicide a growing cause of death among Black Ohioans

“I can’t think of any other reason outside of people just being blatantly racist that someone would commit Bake Me Happy to that because it’s a bakery, you know,” Pugh said. “It’s a brightly colored, gluten-free bakery. Who could have a problem with that?”

Pugh said she talked to a Columbus Police detective about what happened.

Lost touch: how a year without hugs affects our mental health

Country may get free vaccines in first quarter of year