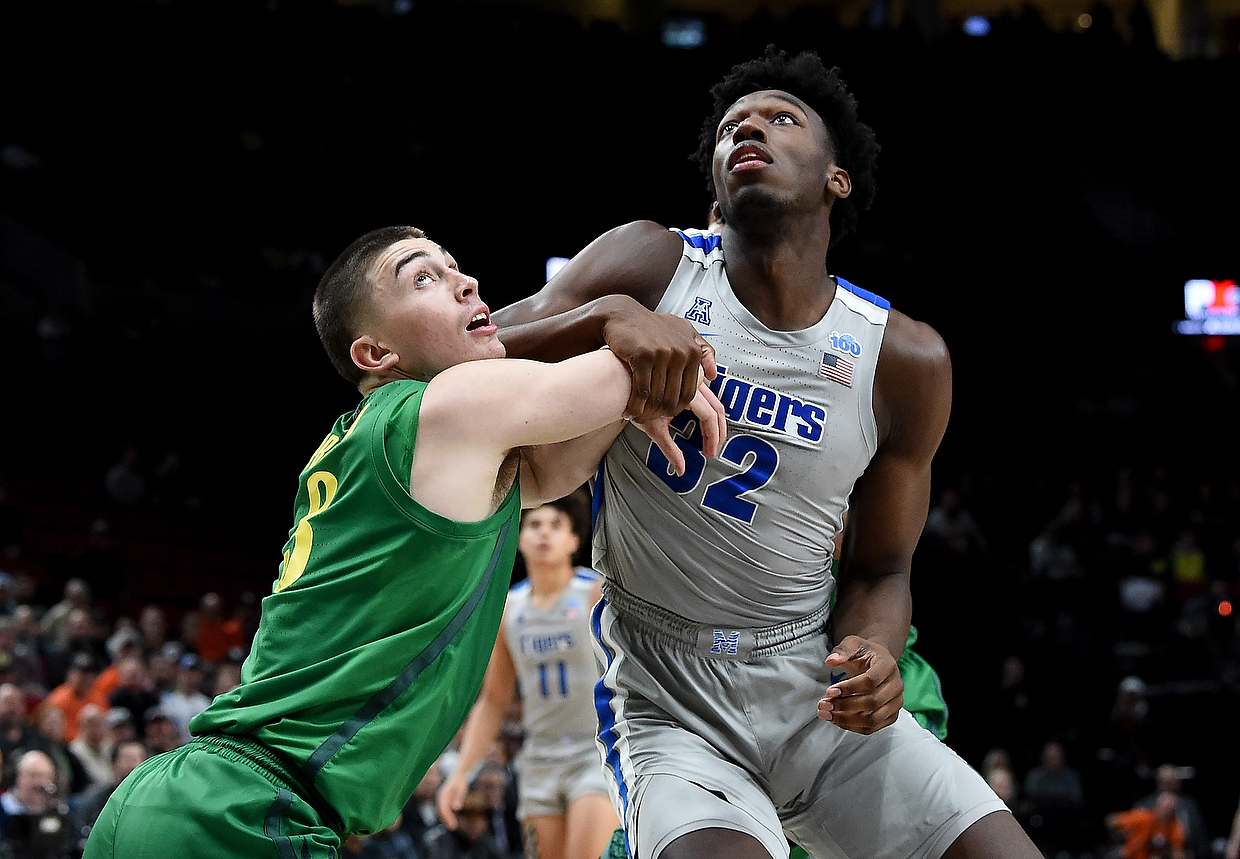 When it’s time to announce the No. 2 pick in the NBA Draft Wednesday night, draft experts expect commissioner Adam Silver to introduce James Wiseman as the newest member of the Golden State Warriors.

A check of 10 different mock drafts shows they’re mostly in agreement that Wiseman, an extremely athletic 7-foot-1 center who played just three collegiate games for Memphis, makes the most sense for the Warriors.

Of course, longtime Warriors followers could tell you a story about the last time Golden State had a draft pick this high and chose the guy who made the most sense. That was 25 years ago, when the Warriors went the safe route and picked Maryland’s Joe Smith with the No. 1 overall pick. It didn’t take long for them to regret passing on Kevin Garnett, Rasheed Wallace or Jerry Stackhouse.

The 19-year-old Wiseman, who said this week he’d be thrilled to join the Warriors, would become just the fourth teenager ever to play for Golden State — joining Andris Biedrins (18), Anthony Randolph (19) and Kevon Looney (19).

Here’s a look at what the experts are predicting will happen when the Warriors draft Wednesday:

Reasoning behind it: “I’ve gone back and forth on whether the Warriors should, and will, select Anthony Edwards or James Wiseman — if they even execute this pick. For now, I’ll go with Wiseman, a physical specimen who also fills an obvious need.” (Gary Parrish, CBS).

Reasoning behind it: “Golden State feels like the best possible place for Edwards to develop. He could contribute wing minutes off the bench in the short-term without the burden of being expected to carry the franchise early in his career. If any team can rewire the bad habits that occasionally sabotage Edwards’ all-world physicality simply by making the game easier on him, it’s the Warriors.” (Ricky O’Donnell, SB Nation).

Reasoning behind it: “There is no better place for Wiseman to address his weaknesses than Golden State. During the early stages of his NBA career, Wiseman could fill the rim-running, rim-protecting role that JaVale McGee played for years, but he’d hopefully evolve into much more once his shot creation and floor awareness improve. The Warriors would love to find a trade down to select a wing. (Wiseman) has shades of a mild-mannered Rasheed Wallace, high-energy Hassan Whiteside.” (Kevin O’Connor, The Ringer).

Reasoning behind it: “While Wiseman has long looked like the safest pick and best positional fit here, he no longer appears to be a lock for Golden State after Ball conducted an impressive workout in front of key members of the Warriors’ ownership group, front office and coaching staff. Ball’s talent presents the possibility for special long-term upside, while Wiseman might be better equipped to immediately help the franchise return to the NBA Finals.” (Jonathan Givony, ESPN).

Reasoning behind it: “At 7-foot-1 with a plus-five wingspan, Wiseman has physical tools that are off the charts for the center position. He has the potential to be among the best centers in the NBA defensively because of his rim protection. He does a great job of staying vertical and putting a lid over the basket as a primary rim protector. Offensively, Wiseman should become one of the best finishers in the league on offense.” (The Athletic).

Reasoning behind it: “Wiseman is a terrific talent and fills a need at center for Golden State, so he should be the Warriors’ guy if they stay put. He may be able to thrive immediately as a rim-runner in Golden State’s offense. Plenty of trade chatter surrounding this selection, too.” (Jordan Greer, The Sporting News).

Reasoning behind it: “Practically every projected top-eight pick has been tied to the Golden State Warriors. They have likely been sifting through offers to move down, where they could target Deni Avdija, Tyrese Haliburton or Devin Vassell. But at No. 2, James Wiseman sounds like the favorite with the Warriors expected to value his athleticism and defensive potential for their frontcourt.” (Jonathan Wasserman, Bleacher Report)

Reasoning behind it: “Many think Golden State will trade the pick for assets. If they don’t, though, in Wiseman, Golden State would have a tantalizing athletic big man who can defend and roll to the rim in pick-and-roll situations on the offensive end.” (NBA.com).

Reasoning behind it: “Wiseman, the no.1 player on our big board, looks like a top 3 lock. If the Warriors stay at no.2 they could fill their need at center but a trade down is still very likely here. His comparison: David Robinson-lite.” (NBA Draft Room).

Reasoning behind it: “Most rival teams are preparing as if Wiseman will be off the board at No. 2. It’s known that the Warriors are interested in moving back in the lottery, seeking to draft a young player while also upgrading their frontcourt with a veteran who can help them win now. (Wiseman) would have a better case at No. 1 if a different team held the pick. But Wiseman should be a more than sufficient prize for whichever team ends up with him on draft night, and has all the ability to be successful.” (Sports Illustrated).

As a reminder, our experts — Warriors beat writer Wes Goldberg and columnist Dieter Kurtenbach — are predicting Golden State will trade the No. 2 pick for Wendell Carter Jr. and Chicago’s No. 4 pick. Our guys then predict the Warriors will draft Iowa State guard Tyrese Haliburton.

Factbox-Soccer-Reaction from club managers to the death of Maradona