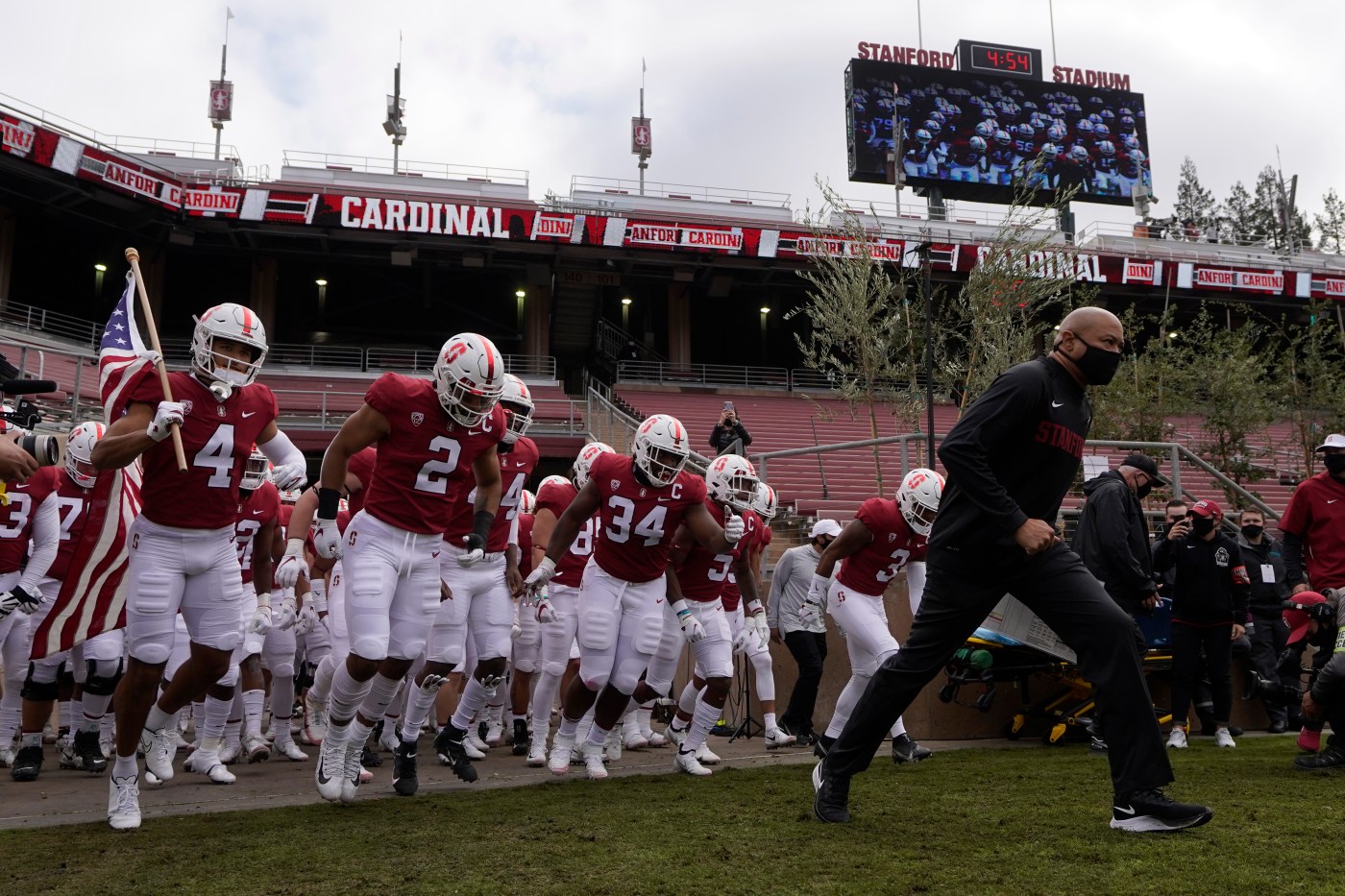 On the day state officials placed Santa Clara and 40 other California counties in the restrictive purple tier the Cardinal continued to prepare for its home game Saturday night against Washington State. The game kicks off at 8 p.m. and will be broadcast on Fox Sports 1.

“There are some things that we will adjust per county guidelines,” Shaw said during his weekly video news conference.

The coach said his winless team has no plans to relocate to Woodside High School in neighboring San Mateo County as it did for a few days in the preseason.

“We’ve trained in small groups throughout the summer,” Shaw said. “If we have to go back to doing that we can do that.”

Shaw added that it will be easier to shift schedules after the fall quarter ends this week.

Dr. Sara Cody, Santa Clara County public health officer, said Monday local officials did not have a timeline to consider what changes were needed for Stanford and San Jose State’s football teams because they had just learned about being placed in the purple tier.

“A lot of decisions, a lot of thinking, a lot to discuss,” Cody told this news organization. “I can just tell you it’s something we’re actively considering in the context of everything else that’s going on.”

Last month, both schools were approved to practice and play within county borders after submitting plans that include having games without spectators.

“We haven’t been doing much in-person outside of practice,” Shaw said. “Not doing many things indoors. We’re in constant communication with the county and we will follow the guidelines they give us.

“Our guys are used to adjusting so we will adjust and continue to prepare to play.”