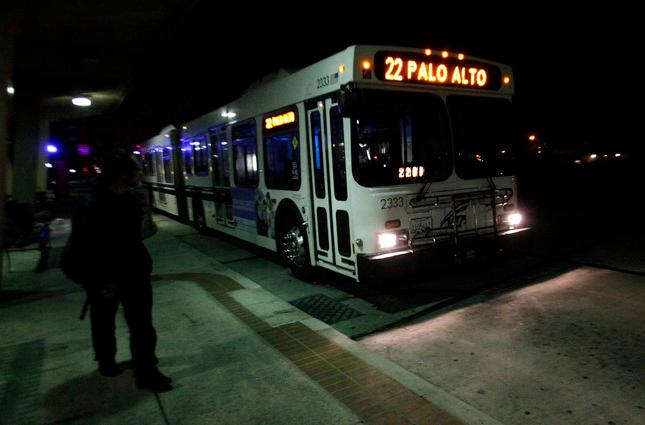 South Bay bus riders are in for a temporary reprieve, after Valley Transportation Authority leaders announced Tuesday that they are pressing pause on proposed cuts to the bus and light rail network that could have seen local transit service slashed to its lowest levels in decades.

VTA instead plans to do the opposite, at least in the short term: increase the frequency of buses on several of its most popular routes where coaches frequently hit limited capacities to allow for social distancing, forcing drivers to pass up would-be riders waiting at stops.

Authority leaders announced the plan with few specifics Tuesday — it’s not yet clear what lines will get more frequent service, when the extra buses will start or how an agency that had been considering severe cuts amid a dire long-term financial outlook will pay for the additional service.

Spokeswoman Brandi Childress warned more frequent buses on some routes could have consequences elsewhere. VTA officials are considering running fewer buses on less-popular lines to shift coaches and drivers to core routes, Childress said, in which case the better service for some riders would mean longer waits for others.

“We are still in the same financial situation,” Childress said.

She estimated that three to six especially popular lines — perhaps including routes 22, 23 and 66, where buses now come every 15 minutes — could see more frequent service in a matter of “weeks, not months.”

Meanwhile the more permanent service cuts, which VTA’s board was set to vote on early next month, could still become a reality.

VTA officials had been zeroing in on a plan to avoid the most drastic potential cuts, while still reducing the frequency of bus service across much of their network and shutting down light rail service earlier each night compared to pre-pandemic levels, to save tens of millions of dollars per year. The agency so far has not sought any staff layoffs or furloughs to reduce expenses.

“This is something that we can shelve right now,” Childress said of the cuts, though she warned, “It’s just a pause — it’s not going away.”

While the plan would amount to an increase of service over the temporary cuts made during the pandemic, transit riders and advocates have warned the result would be longer and less-reliable trips for those who rely on public transportation, and millions more trips taken by car instead.