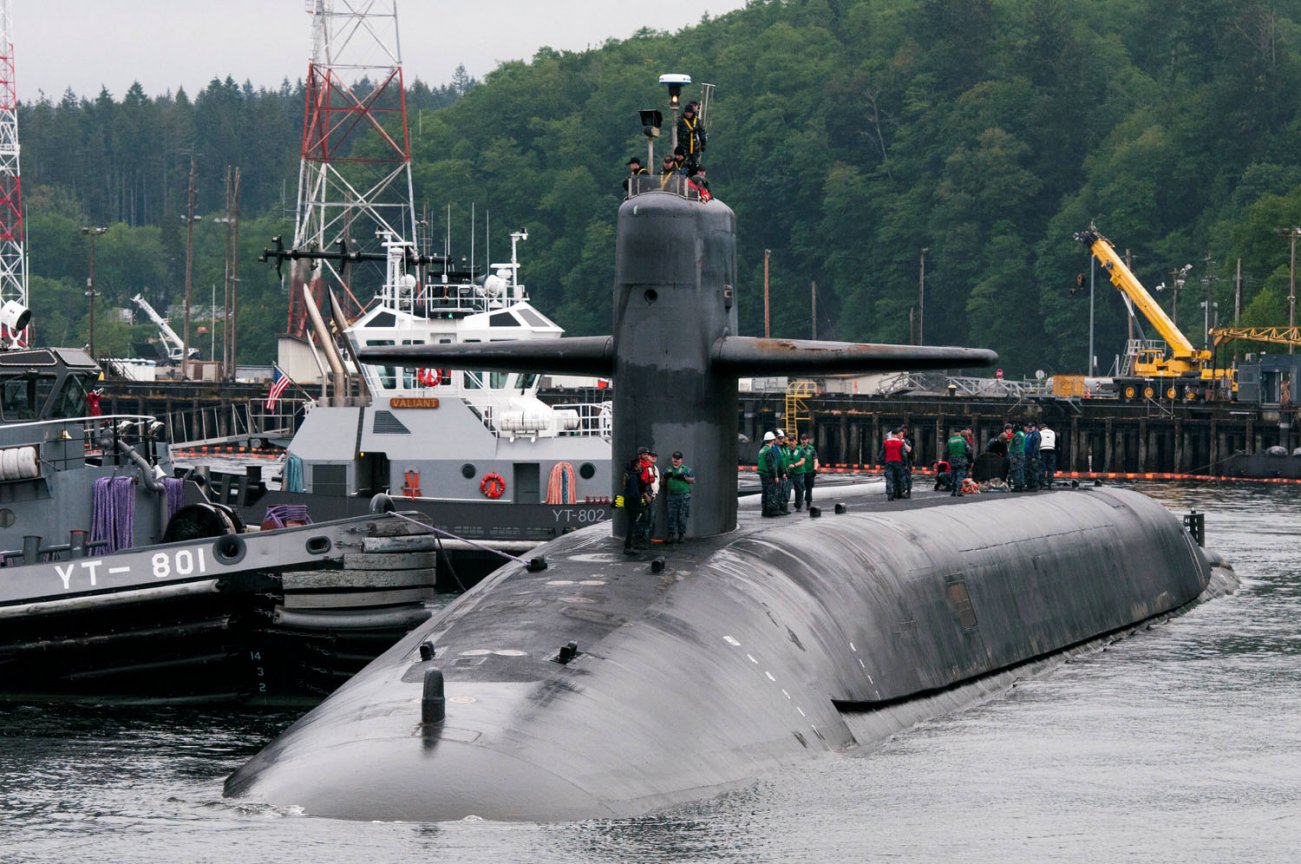 It’s all part of a strategy for countering an increasingly expansionist China. Here's why this matters.

The United States Navy has big plans for Pearl Harbor. Planning and preparation is underway for building a large dry dock complex from which extensive submarine repair can be done. Though Pearl Harbor already hosts four dry docks that were used during World War II—and built in 1919, 1941, 1942, and 1943—they've since grown somewhat long in the tooth, necessitating upgraded support infrastructure.

One of the current four docks is used for servicing surface ships, whereas the other three were built at a time when submarines were considerably smaller and are therefore unable to accommodate longer, more modern submarines.

This new fifth dry dock would, unlike the preceding four docks, be fully covered in order to protect submarines undergoing repair from prying eyes—and satellite observation. The construction effort is said to cost somewhere between $2 billion to $4 billion.

The new dry dock project has not yet begun, so what exactly it would look like remains speculative. Still, it is just the latest in a larger trend of modernization for not just the Navy—but also the Navy’s right hand on land.

Not Just the Navy, but the Marines, Too

It is not just the Navy that is gaining new infrastructure with China in mind. The Navy’s sister branch, the Marine Corps, also recently activated a new base on the island of Guam in the western Pacific.

The first new Marine Corps base in seventy years, Camp Blaz will host thirteen hundred Marines permanently, as well as thirty-seven thousand additional Marines on a rotational basis. Blaz pushes the boundary of where Marines in the Pacific region are stationed and plays well to the rapid transformation the Marine Corps is making from a second land army with a focus on anti-terrorism, to a land-based extension of United States Naval power.

To that end, the Marine Corps is currently undergoing a rapid overhaul of breath-taking proportions—all tank battalions have been divested, as well as a large amount of mortar and artillery battalions. They’ve also fielded a new Amphibious Combat Vehicle—their first in nearly half a century—to better face the challenge from China.

Writ large, the United States, and the U.S. Navy, in particular, is slowly moving toward reestablishing a credible deterrent in the Pacific region, not just in terms of capability, but in determination. This latest dry-dock construction planning, though not as attention-grabbing as a new missile system or surface ship, is no less clear though perhaps more subtle: for the first time since the end of World War II, U.S. interests in the Pacific region are important enough to warrant more Navy support. Enemies beware.

Caleb Larson is a Defense Writer with The National Interest. He holds a Master of Public Policy and covers U.S. and Russian security, European defense issues, and German politics and culture.

NYC restaurateurs are pressing on with openings amid COVID-19 restrictions