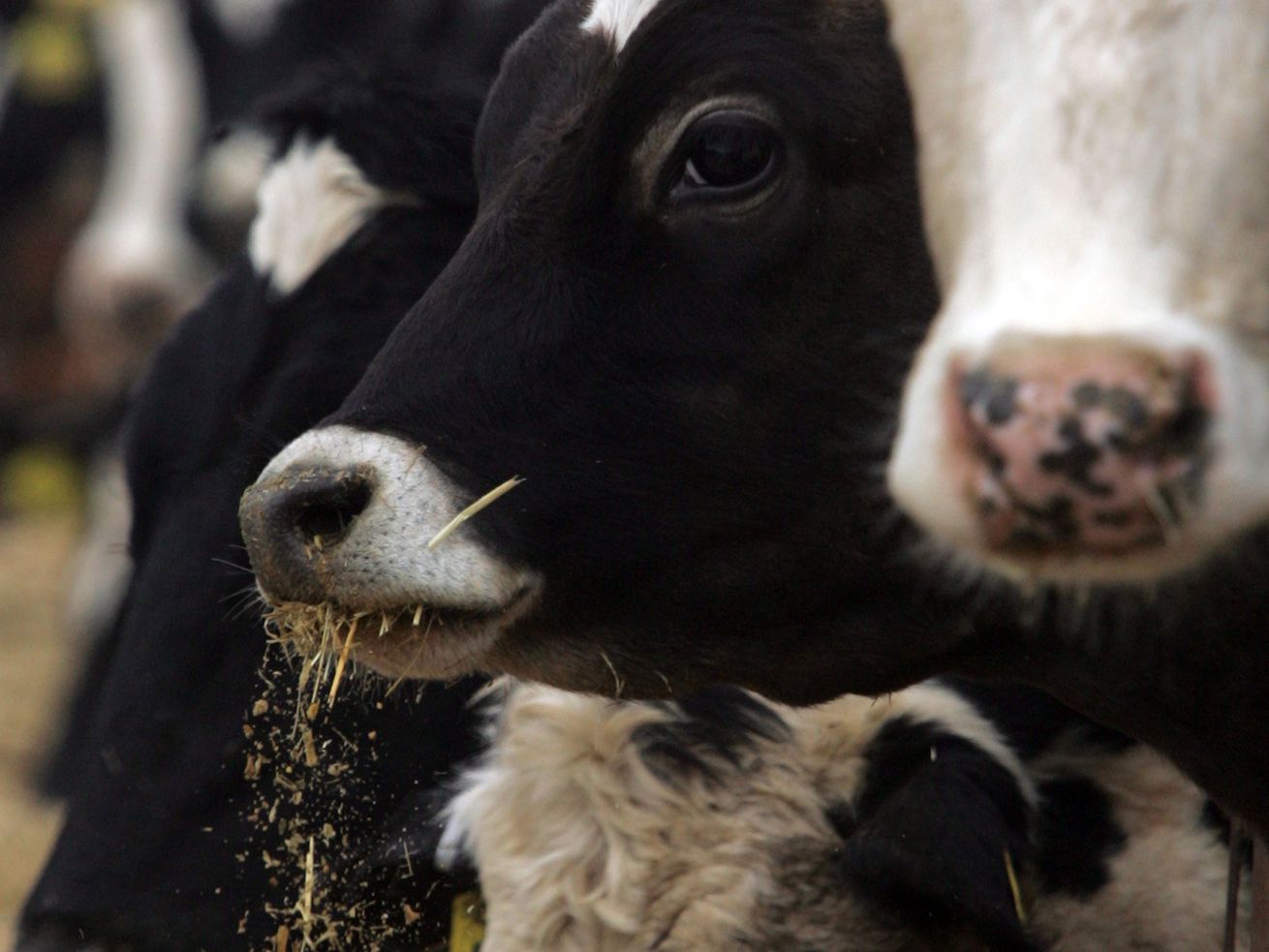 Cows at a California farm in 2010. | Bob Chamberlin/Los Angeles Times via Getty Images

Biden’s agriculture secretary could confront factory farms, or coddle them.

Now that Joe Biden is the president-elect, at least in the eyes of everyone but the current president and his diehards, speculation is mounting about what his Cabinet is going to look like. There’s a lot of rumor-mongering about the most prestigious positions like State and Treasury but one of the most consequential choices is less prominent: secretary of agriculture.

The US Department of Agriculture does not draw as many headlines as State or Treasury but it’s an incredibly important institution. It administers the Supplemental Nutrition Assistance Program (SNAP), better known as “food stamps,” and as such is one of the most consequential antipoverty agencies in the US. Rep. Marcia Fudge (D-OH), one of the most active advocates for food stamps in Congress, is reportedly one of the candidates Biden is considering for secretary.

But just as important as its antipoverty function is USDA’s role in regulating industrial animal agriculture and animal welfare. Along with the Environmental Protection Agency, and the Department of Justice/Federal Trade Commission in their roles as antitrust regulators, the USDA is one of the key agencies that will determine if factory farming continues unabated, or shrinks and reforms, under Biden.

There’s a lot of low-hanging fruit for the Biden administration to tackle, by simply reversing Trump-era changes that went in the wrong direction.

Humane Society Legislative Fund President Sara Amundson had a useful rundown of these the other day. Biden’s administration could, for instance, reverse Trump administration moves to increase line speeds at slaughterhouses (including eliminating speed limits at pig plants altogether). That would be a huge win for workers in those plants, but also reduce the number of animals being slaughtered every year. It could also bring back the Obama administration’s “animal welfare rule,” which imposed higher standards for organic farms.

The Trump administration has also finalized a number of rules expanding fishing (including loosening restrictions meant to prevent bycatch of the endangered Atlantic bluefin tuna) and expanding hunting (such as of predators like Alaskan wolves, and of grizzly bears) that animal advocates would like to see reversed.

What a tough stance on factory farming would look like

But Biden could go further than simply reversing Trump. And he has some options for really impactful action when it comes to factory farming.

Jonathan Lovvorn, a colleague of Morris’s and faculty co-director of Yale’s Law, Ethics, & Animal Program, tells me he’d like to see Biden “issue an [executive order] directing USDA, EPA, and other agencies to catalog all the regulatory and enforcement exemptions currently bestowed on factory farms, and to develop a regulatory action plan to restore environmental, labor, animal welfare, and climate accountability to this industry.”

Specifically, Lovvorn also highlights the need to incorporate animal agriculture, which accounts for a huge chunk of greenhouse gas emissions, into Biden’s climate policies, including by listing emissions from CAFOs (concentrated animal feeding operations, the technical acronym for factory farms) as pollutants covered by the Clean Air Act. He’d also like to see a Biden executive order halting explicit government support for the construction or expansion of any new CAFOs.

Leah Garcés, president of the animal protection group Mercy for Animals, echoed the need for the EPA to use the Clean Water Act and Clean Air Act to regulate CAFOs. On climate in particular, “EPA previously studied CAFO emissions, but it was highly flawed and even excluded beef cattle and turkeys from the study,” she says.

She and Mercy for Animals call on the Biden Administration to “update Clean Water Act regulations to reduce the minimum size requirement for CAFOs to be regulated under the CWA. Under the existing definition …only about 10% of all current CAFOs are large enough to qualify as a regulated source point under the National Pollutant Discharge Elimination System permitting program.” Reducing the minimum size requirement would effectively put more factory farms under the regulation of the EPA.

Garcés also wants the EPA to “take action against states for failing to enforce the CWA against CAFOs. For example, in 2012, the EPA found that Iowa was not conducting inspections to determine whether CAFOs needed permits, assessing adequate penalties against CAFOs, or issuing NPDES permits when appropriate.”

A more specific animal welfare move both Lovvorn and Garcés endorsed is directing the USDA to interpret the Humane Slaughter Act, a 1958 law that while poorly enforced nonetheless provides valuable protections to cattle and pigs, so it applies to poultry for the first time.

Lovvorn also has a set of Covid-19-specific policy recommendations. “The Biden administration should issue an emergency rule setting a mandatory OSHA [Occupational Safety and Health Administration] standard to ensure proper social distancing, PPE, and other protections for slaughterhouse workers — something the Trump administration flatly refused to do,” Lovvorn says. Garcés also highlighted the need for the Biden administration to ban cruel “depopulation” measures that farms shutting down, including ones shutting down due to shocks to the meat-packing industry during Covid, use to kill their animals.

Yale’s Morris argues for breaking up the monopolistic meat industry using antitrust levers as a priority, and points to a proposal from antitrust groups to do just that.

Picking an ag secretary without ties to factory farming is key

There’s a lot more where that came from — but the first step is getting USDA and EPA leaders who can be trusted to fight, if not for animals, then at least for the humans harmed by the poor labor standards and environmental degradation endemic to factory farming. Most animal advocates I spoke to were wary of former Sen. Heidi Heitkamp (D-ND), reportedly one of Biden’s top contenders for agriculture secretary, who is seen as close to factory farm interests.

“We do not need another pro-agribusiness USDA secretary,” Morris says. “[Rep. Chellie] Pingree or Fudge, two of the other candidates being mentioned in the press, would be better choices for people and animals.”

Pingree (D-ME), a veteran of the House Appropriations subcommittee for agriculture and the Ag Committee, is actually an organic farmer herself, with a 200-acre vegetable, pig, and chicken farm on North Haven Island off the coast of Maine.

Either she or Fudge would seem to be sound choices if the Biden administration actually wants to confront factory farming and animal agriculture head-on.

Sign up for the Future Perfect newsletter. Twice a week, you’ll get a roundup of ideas and solutions for tackling our biggest challenges: improving public health, decreasing human and animal suffering, easing catastrophic risks, and — to put it simply — getting better at doing good.

Contribute today from as little as $3.