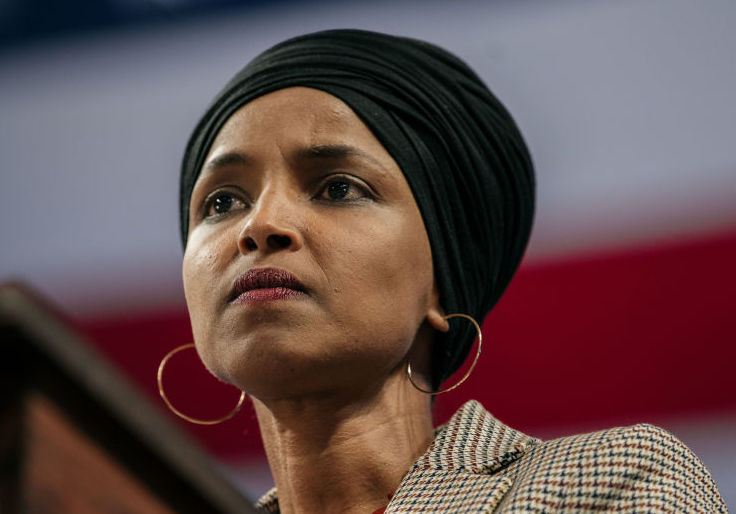 Trump "chose to speak about me at every single rally, didn't really matter where he was, sometimes multiple times in a day, as he held his Klan rallies across the country," Omar said to Post opinion writer Jonathan Capehart.

Omar, a member of the far-left group of House Democrats known as "the Squad," reflected on ousting President Trump and what she perceived as "a four-year assault" on refugees and immigrants like her. She also discussed infighting between moderate and leftist Democrats, sparked by the party's lackluster House and Senate election results.

Omar said in the interview that the rift within the Democratic Party "isn't as strong as it's being made out to be," despite House Democrats' chaotic post-election phone call. During the call, Abigail Spanberger (D., Va.), who was first elected to the House alongside Omar in 2018, blamed leftists' radical anti-police and socialist messaging for her near-loss in this election.

Throughout the Trump presidency, "the Squad" and other progressive Democrats have likened President Donald Trump and his supporters to fascists and white supremacists.