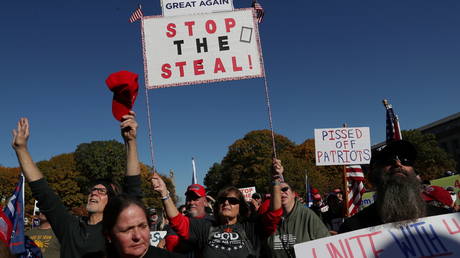 President Donald Trump has fired the Cybersecurity and Infrastructure Security Agency head Chris Krebs over a "highly inaccurate" elections’ statement. The agency stated that the 2020 election was the most secure in US history.

“The recent statement by Chris Krebs on the security of the 2020 Election was highly inaccurate, in that there were massive improprieties and fraud – including dead people voting, Poll Watchers not allowed into polling locations, ‘glitches’ in the voting machines which changed votes from Trump to Biden, late voting, and many more,” Trump tweeted on Tuesday evening, adding that Krebs has been terminated “effective immediately.”

...votes from Trump to Biden, late voting, and many more. Therefore, effective immediately, Chris Krebs has been terminated as Director of the Cybersecurity and Infrastructure Security Agency.

Technically, it wasn’t Krebs who issued the statement, but advisory bodies to CISA, the Elections Infrastructure Government Coordinating Council and the Elections Infrastructure Sector Coordinating Executive Committee. “There is no evidence that any voting system deleted or lost votes, changed votes, or was in any way compromised,” the two bodies said on Thursday, in a statement published by CISA.

Since then, however, thousands of votes have been found on memory sticks and the Trump campaign presented a list of people who allegedly voted while dead in several states. Mainstream media outlets have cited the CISA-publishes statement as proof there had been no “widespread” or “systemic” fraud in the November 3 election, while social media platforms have cracked down on any deviations from that line by labeling them as “disputed.”

Executive Shuffle In Russia: Is A Top-Down Revolution On The Way?