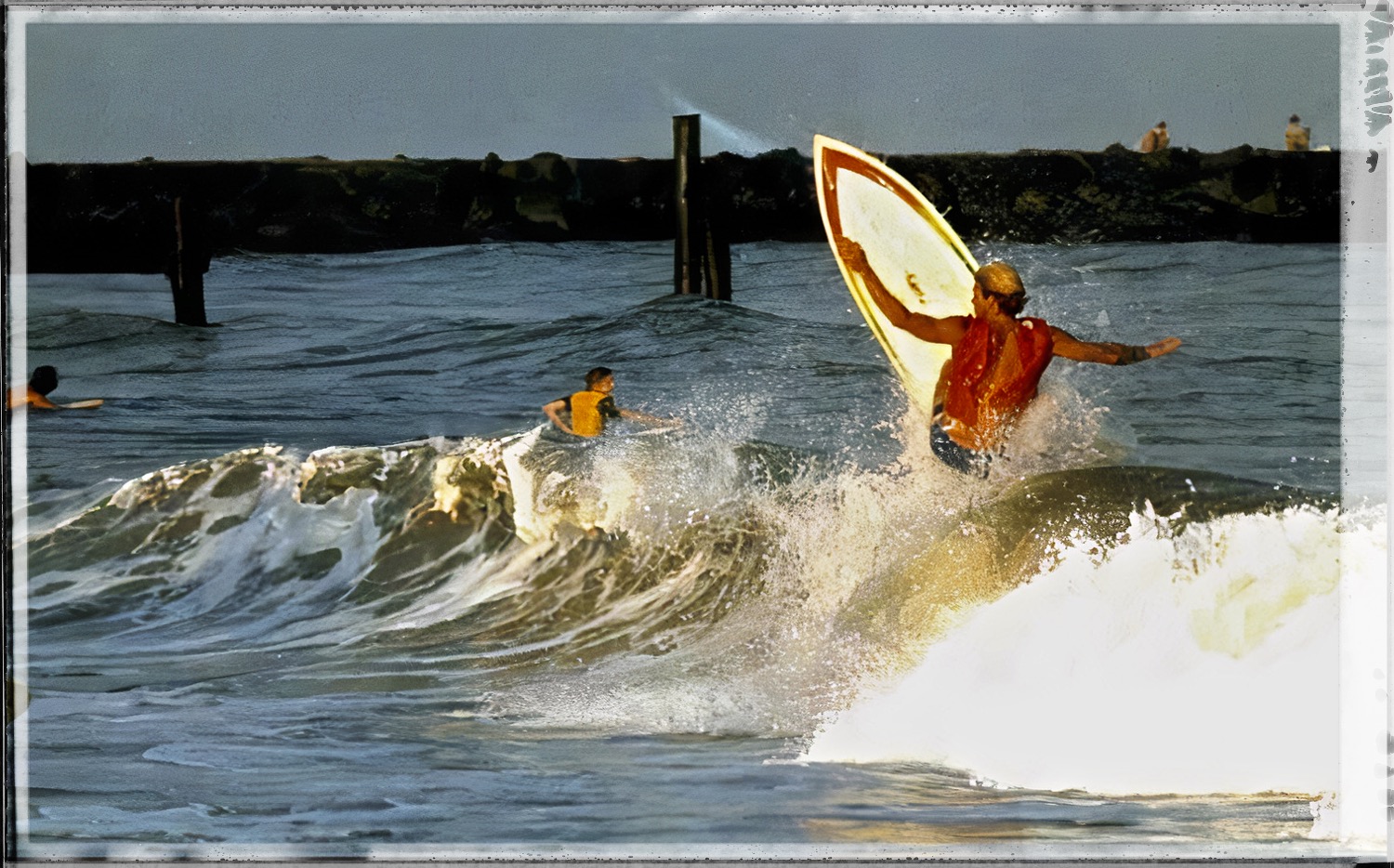 ” Here where we once stood together — here beside the cud weed flower and the wild Pink Oxalis blossoming by the side of the road”. – James Kirk –

It is with great sorrow and and loss to have to report on the death of one of New Jersey’s legendary surfers, Jim Kirk who passed away over the weekend due to complications of heart disease according to his family.

Among Jimmy’s many surfing bona fides and accomplishments is he was the key idea man and the catalyst behind the forming of the super successful New Jersey Surfing Hall Of Fame which he first rolled out in a Facebook posts back in January of 2015. 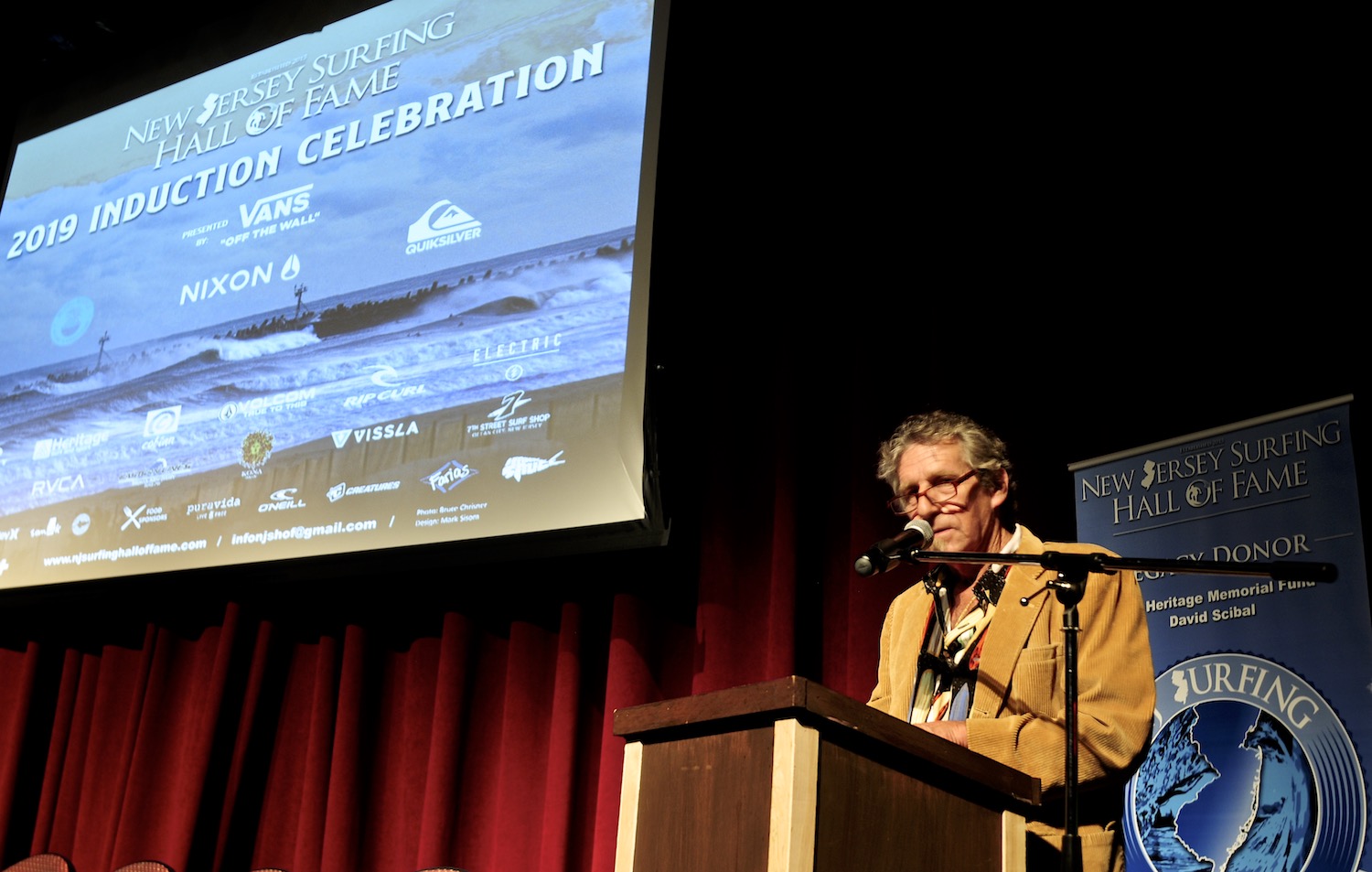 “Jimmy Kirk, O.C. Boy who was the guy who originally called for the forming of the NJSHOF.” – Bruce Chrisner quote and photo –

Within less than a year, with forces he helped marshal and inspired to get it done, the group held it’s first induction in a boisterous, jam packed Algonquin Arts Theater in Manasquan and the state’s surfing populace never looked back as each successful event topped the next.

Jim was also an accomplished writer, poet, surf historian, collector, life time lifeguard, dedicated family man and there’s practically nobody from his surf culture rich environs of Ocean City who does not have a story – usually a good one – about the man who will be missed by so many.

We lost a one of a kind individual and good man who impacted more groms and surfers, especially in the south Jersey region of the state, than you could possibly count. Surf In Peace Jimmy Kirk. – Mez – 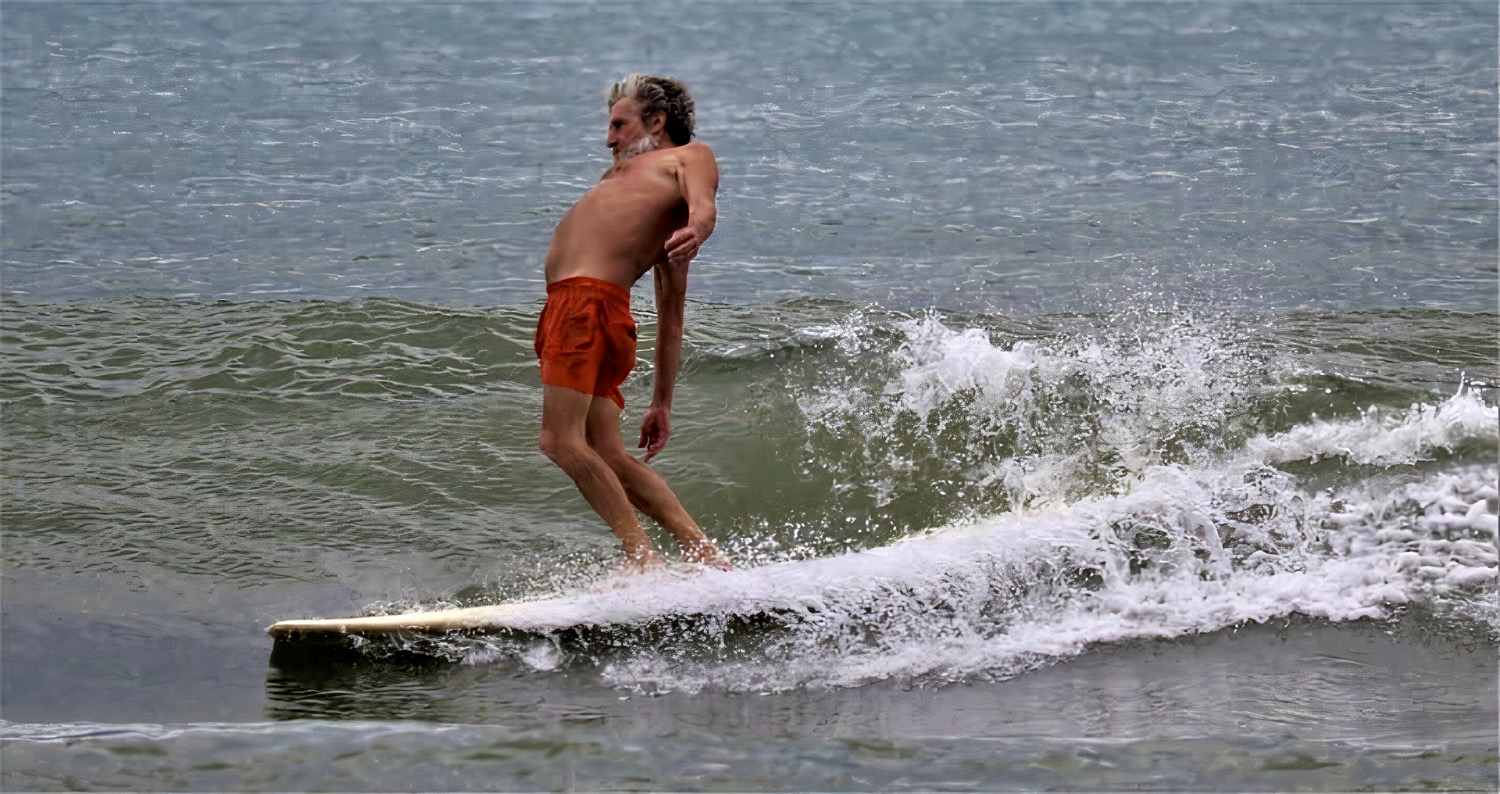 Jim Kirk, a true Soul Man in body, mind, spirit, deeds done and those deeds he dreamed of.

From The Kirk Family:

“We are heartbroken to announce that Jim passed away early this morning from complications of heart disease.

He was with us at home and we celebrated his birthday and the election. Naturally, he whooped my ass in scrabble. Jim did not want a celebration during this pandemic. It is our wish to organize a paddle-out in his honor and a celebration of his life, when we can be outdoors, perhaps late spring or early June.

We plan on keeping his facebook page open to share some photos and his writings. Again, thank you for your kind words and friendship. It meant so much to him.

We look forward to seeing you in 2021 to celebrate Jim”. – Patti, Elizabeth and Ellis – 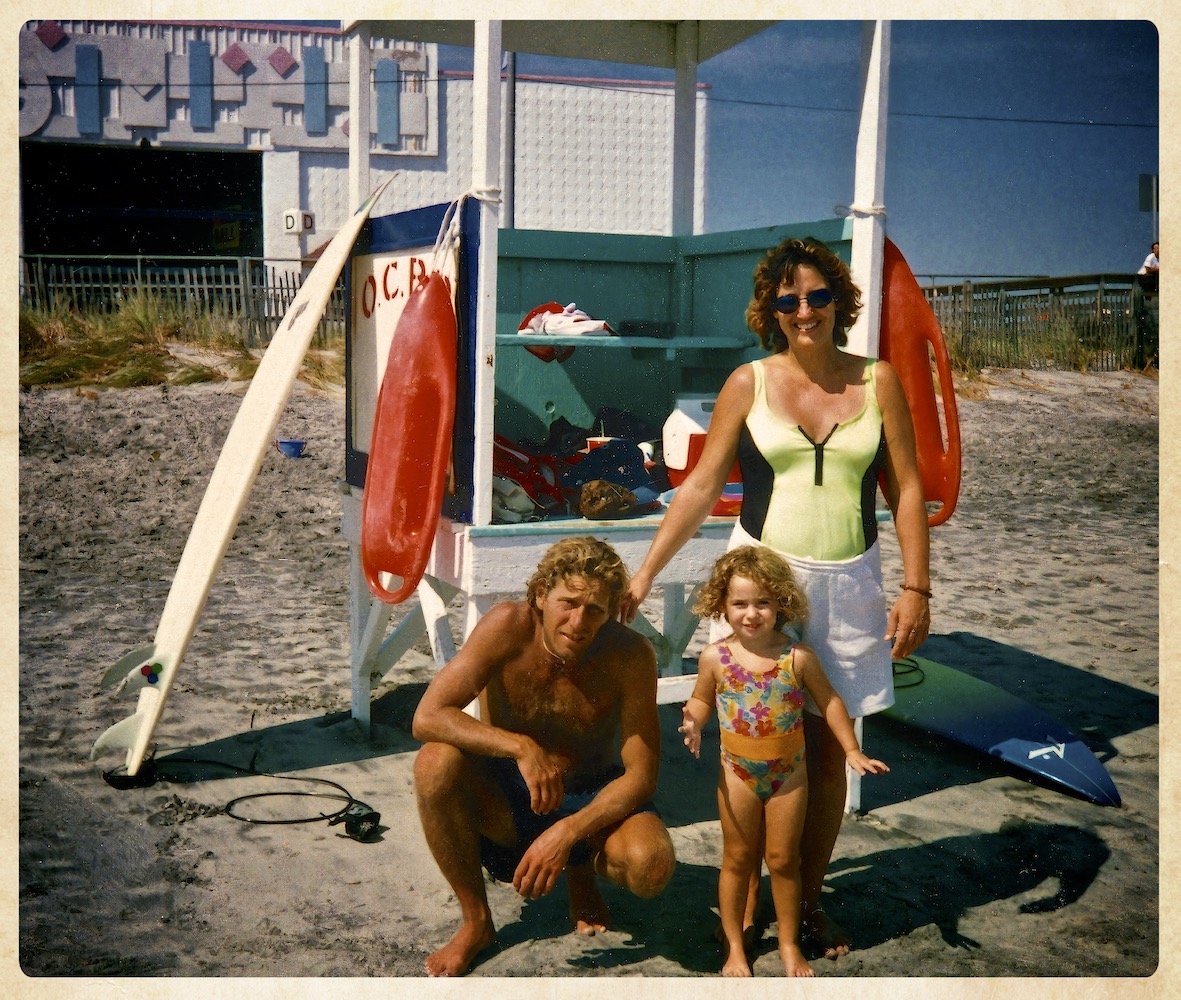 With wife Patti and daughter Liz at the 7th street stand. “He deserves a street named after him. Maybe a really nice lifeguard tower for 7th with his name on it”. – David Jones –

From The New Jersey Surfing Hall Of Fame:

“As most of you know we lost a truly great human being in Jimmy Kirk yesterday. Jimmy graced many a surfer with guidance and knowledge of the ins and outs of our great sport. He personally took on the roll of organizing and getting the ball rolling on what has now become The New Jersey Surfing Hall Of Fame. Many have posted testaments to Jimmy’s teachings on his page and it’s truly amazing how many he’s taught and or touched thru out the years. He is resting in peace with our maker ripping endless perfect waves forever. This spring for what is an induction year we will be announcing some special tributes to the man the legend the father. Stay tuned for his memorial paddle out early summer and may God touch and comfort his family as they grieve his passing”. – Brian Heritage / President NJSHOF / New Jersey Surfing Hall Of Fame Class Of 2017 –

A surf guru’s guru the likes of which we may never see again on the Jersey Shore.

From The Surfing Community : 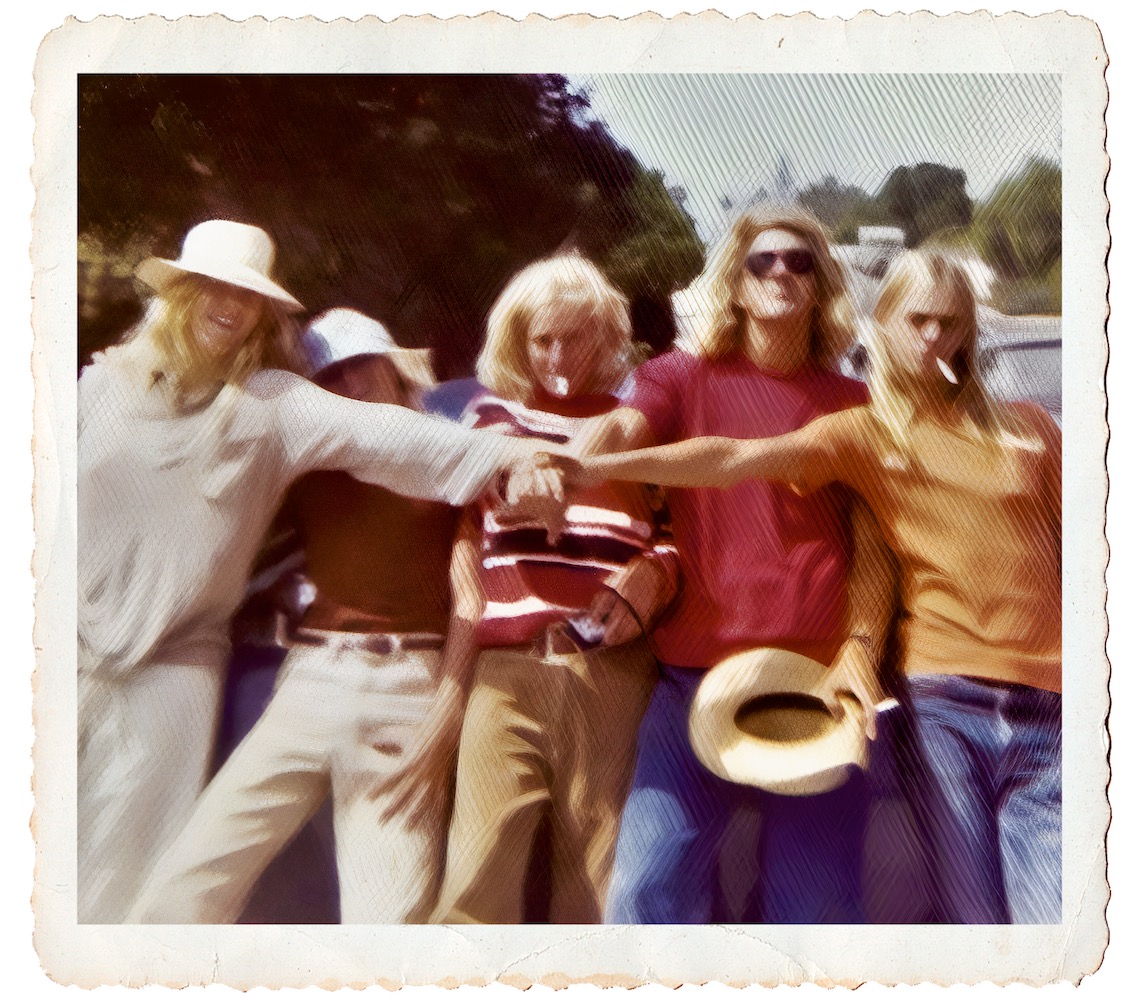 “Not only has the Ocean City Suring Community lost one of its most iconic figures the world has lost a truly incredible human being. He was one of a kind. He impacted so many lives both surfing & non surfing. Whenever anyone mentions 7th Street and Ocean City Surfing his name is the one that always comes up first. It’s impossible to put down in words the impact he had on Ocean City surfing. He was an absolute legend!! Rest In Peace” – Nick Bricker –

Jimmy Kirk in his element at Ocean City. “Whenever anyone mentions 7th Street and Ocean City Surfing his name is the one that always comes up first. It’s impossible to put down in words the impact he had on Ocean City surfing.” – Nick Bricker –

“The Best part of knowing you was that every time I saw you at one of our Events is the Big Jimmy Smile and Hug you would give me. That will be missed my friend…greatly! I hope that your Family will be OK, even with the Captain missing, but you’ve molded Ellis into your Predecessor so well. He’s a great young man and will carry on the “Jimmy Thing” with, to Quote Dave Matthews, Courage, Dignity and with the Respect you’ve taught him his whole life” – Bruce Chrisner / Longtime Top East Coast Photographer And Sales Rep –

“Lifeguard, scholar, selfless mentor, professor, poet, NJSHOF founder—-and to this day the only surfer I knew that could do this on a 7’2” single-fin pintail, let alone on a wave this size. Jimmy, 7th St and NJ surfing will certainly miss you”. – Tom Matthews –

“He deserves a street named after him. Maybe a really nice lifeguard tower for 7th with his name on it also. Make it the nicest in the whole state. Change the name of the state to New Jimmy. I always looked up to him as a kid”. – David Jones –

“Thank you for watching over us from your throne for all of those years and letting us annoy you to no end on a daily basis. We were so silly and you always put up with our shenanigans, shaking your head with your quiet demeanor. Our home away from home with you as our steadfast wise man. Rest easy Jimmy.” – Karen Vaspoli Gitsas 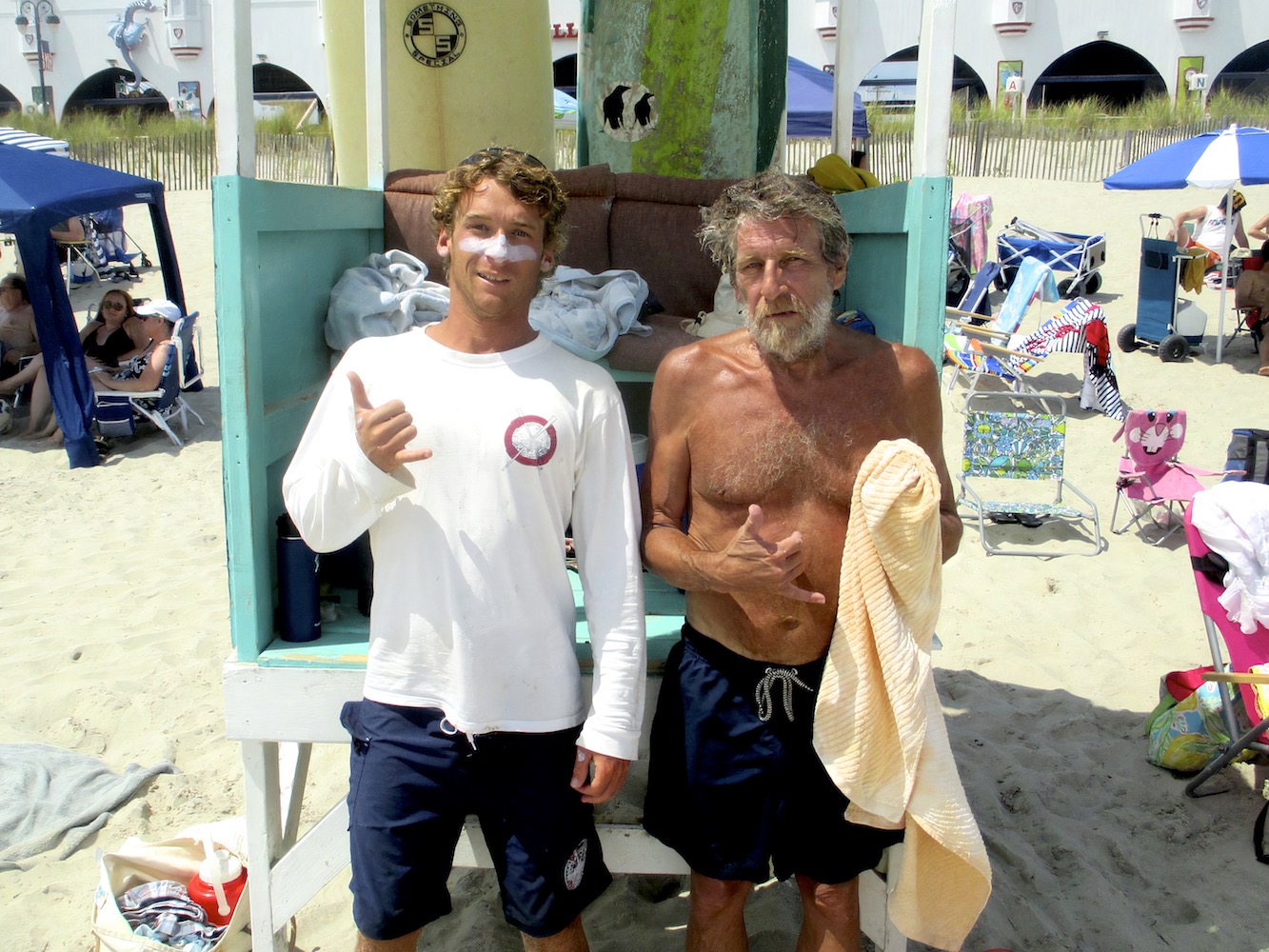 It’s a family tradition: Jim, with lifeguard son and surf buddy, Ellis at the tower he made famous at 7th Street in Ocean City, NJ.

“We all lost a great friend. An amazing poet and writer. The keeper of South Jersey surfing history. A man with a sharp wit and an even sharper tongue. A surfer that was a true style master. A Brother. Rest well Jimmy. I hope the water is warm, the winds are light and offshore and the lulls are just long enough”. – Scott Stetzer – 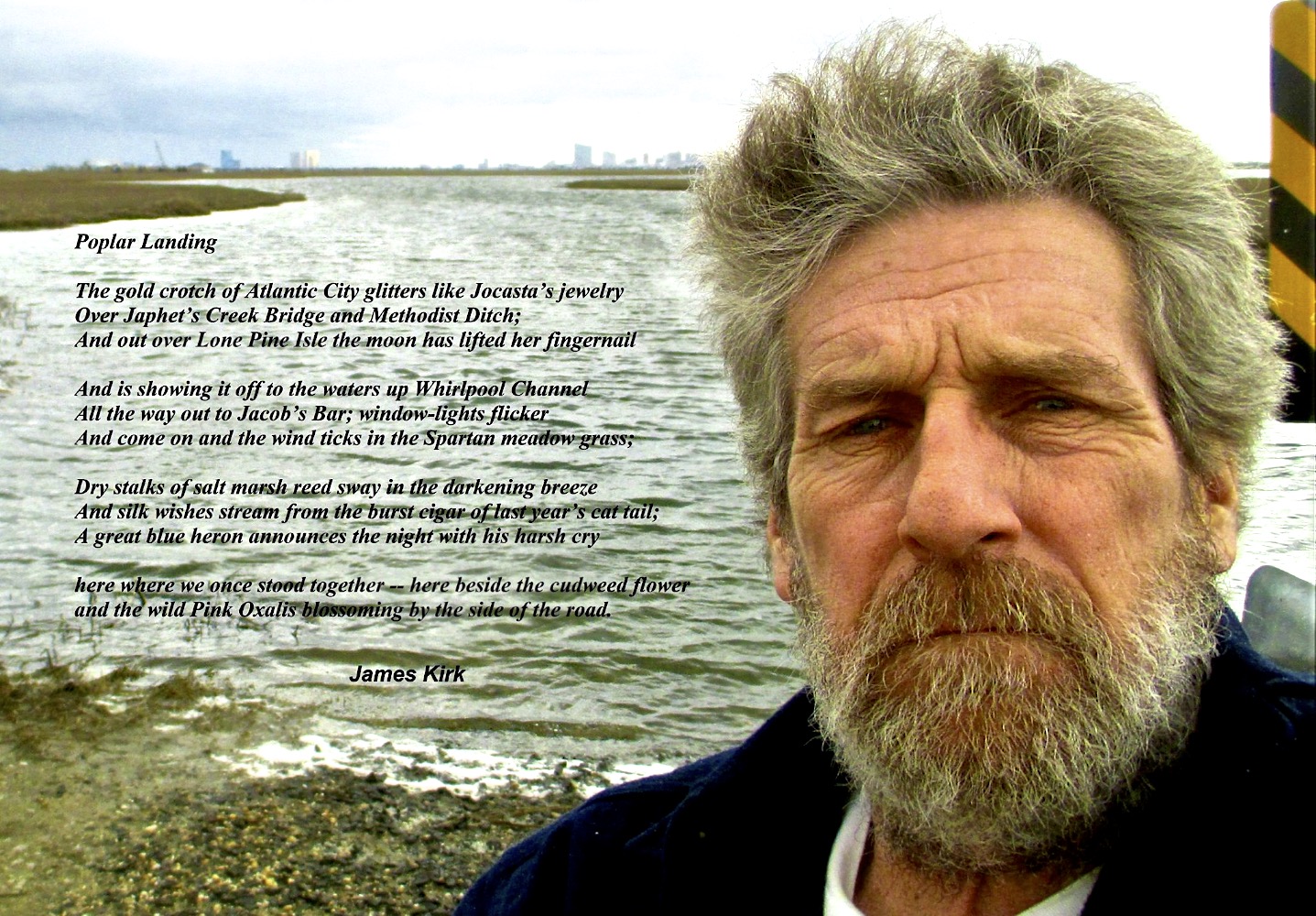 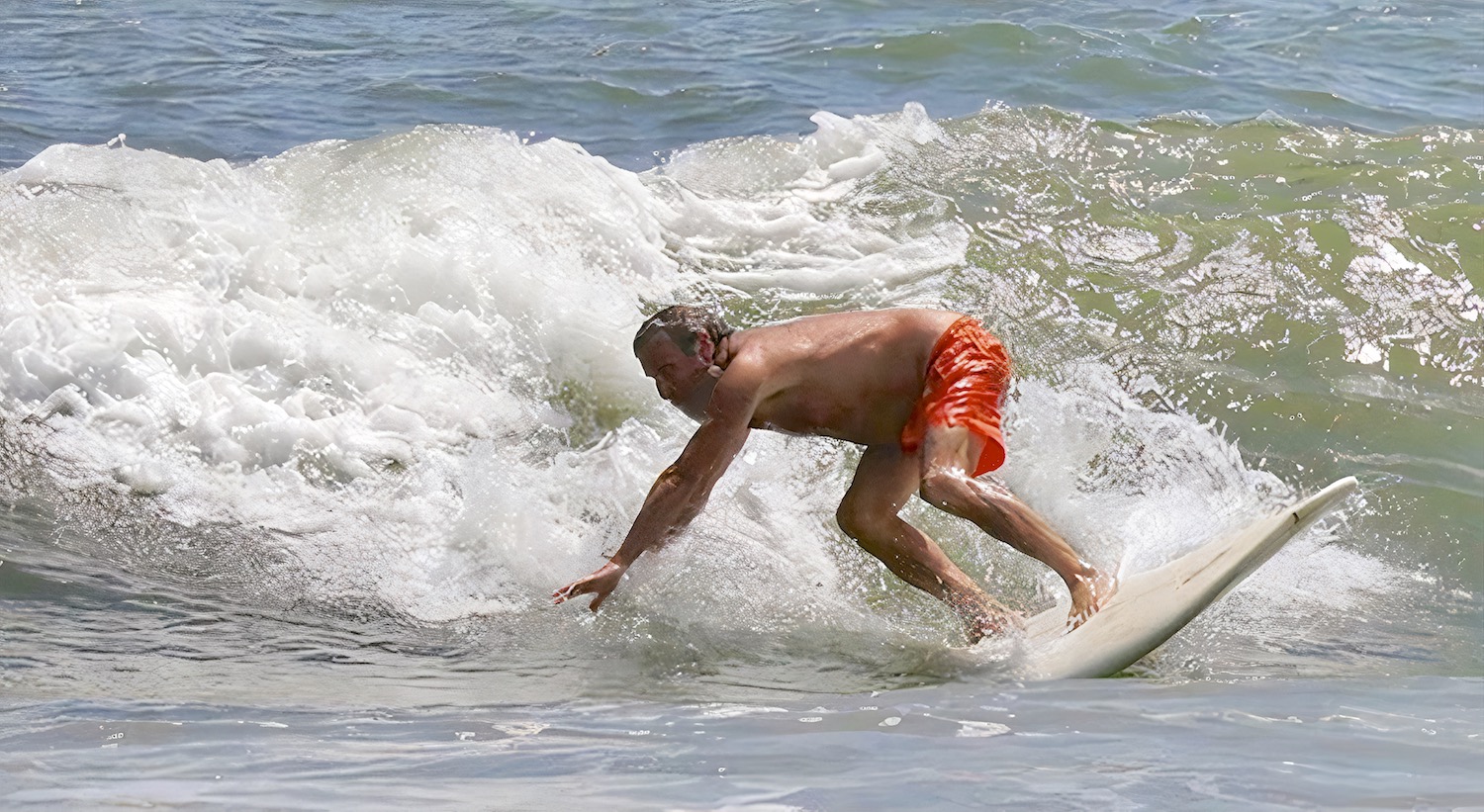 These megacities could become breeding grounds for the next pandemic, scientists say