FAMILIES have adopted new house rules since the beginning of the pandemic.

Wash your hands as soon as you walk in the door (59 percent), clean doorknobs and other high-contact surfaces regularly (49 percent), shower when returning home from a highly populated area (48 percent) and wipe packages down before opening (43 percent) are among the new rules. 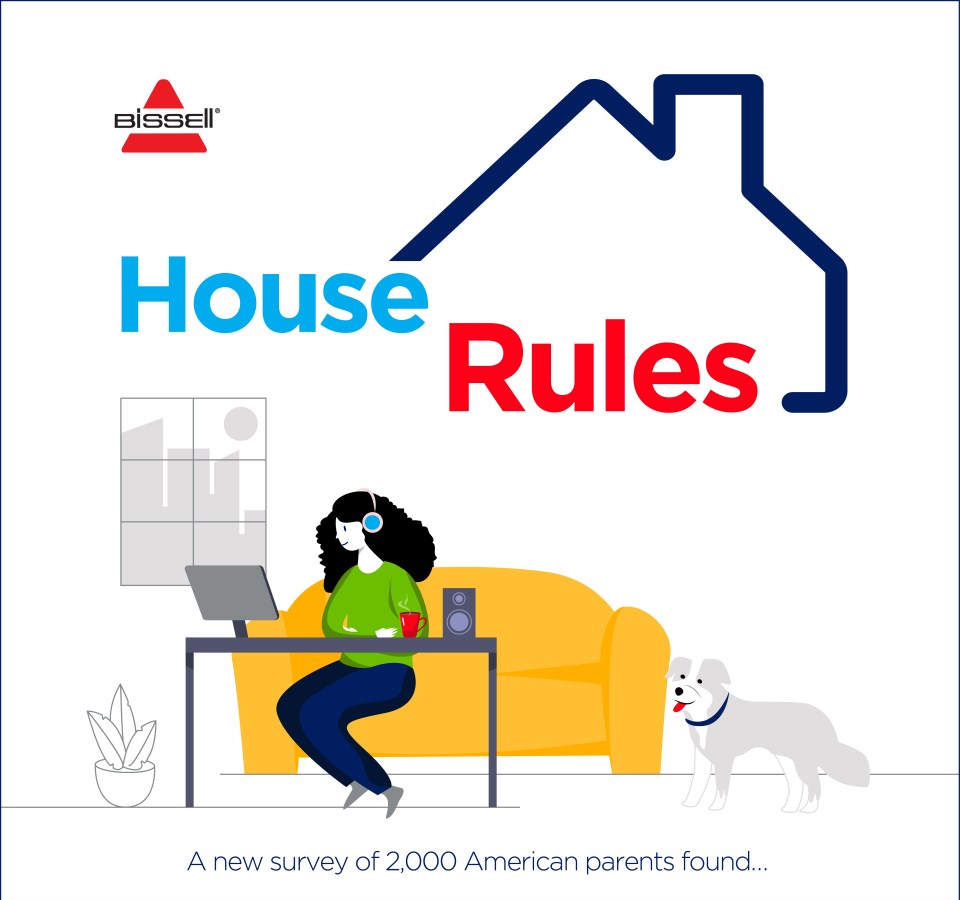 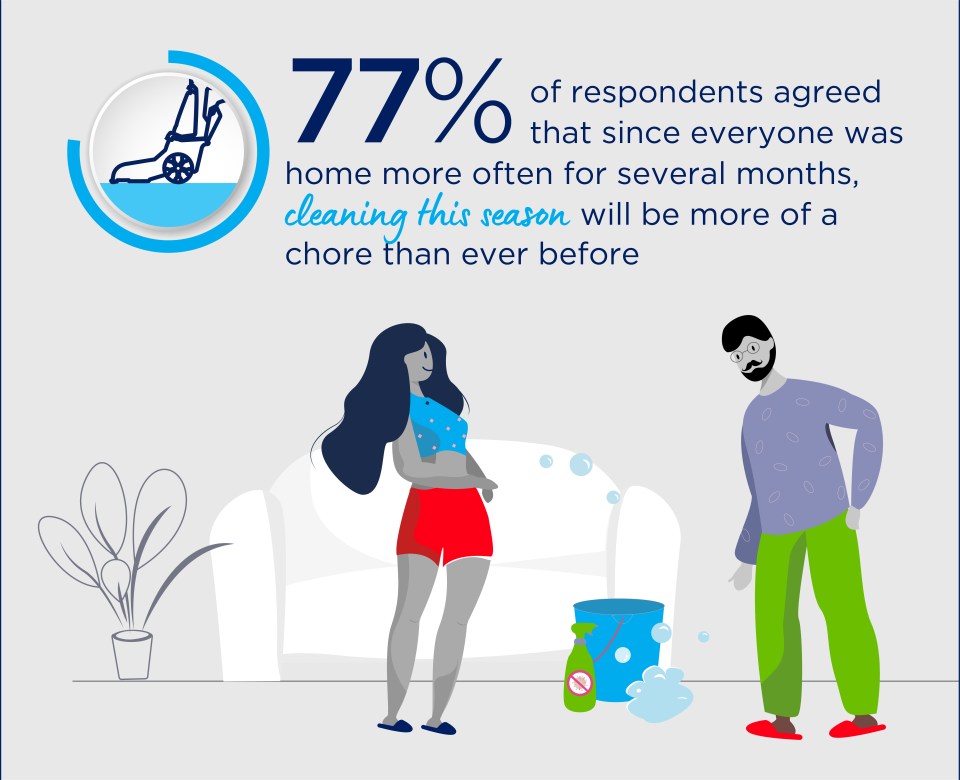 According to a new survey of 2,000 American parents of school-aged children, being more lax about existing house rules since the beginning of quarantine has proved common as well.

Seventy-five percent of respondents confirmed having everyone home more often has caused them to relax some of the house rules.

No eating in front of the TV (37 percent), no staying up past bedtime (27 percent), don’t leave wet towels or dirty clothes on the floor (24 percent) and no using your phone at the dinner table (23 percent) topped the list of house rules about which parents have been less strict.

Conducted by OnePoll on behalf of BISSELL Homecare, Inc., the survey also revealed that 74 percent of respondents agreed — as a result of their family being home more often due to COVID-19 — their house has never been dirtier.

One contributing factor is likely that the rules have been relaxed for fur family members, as well. 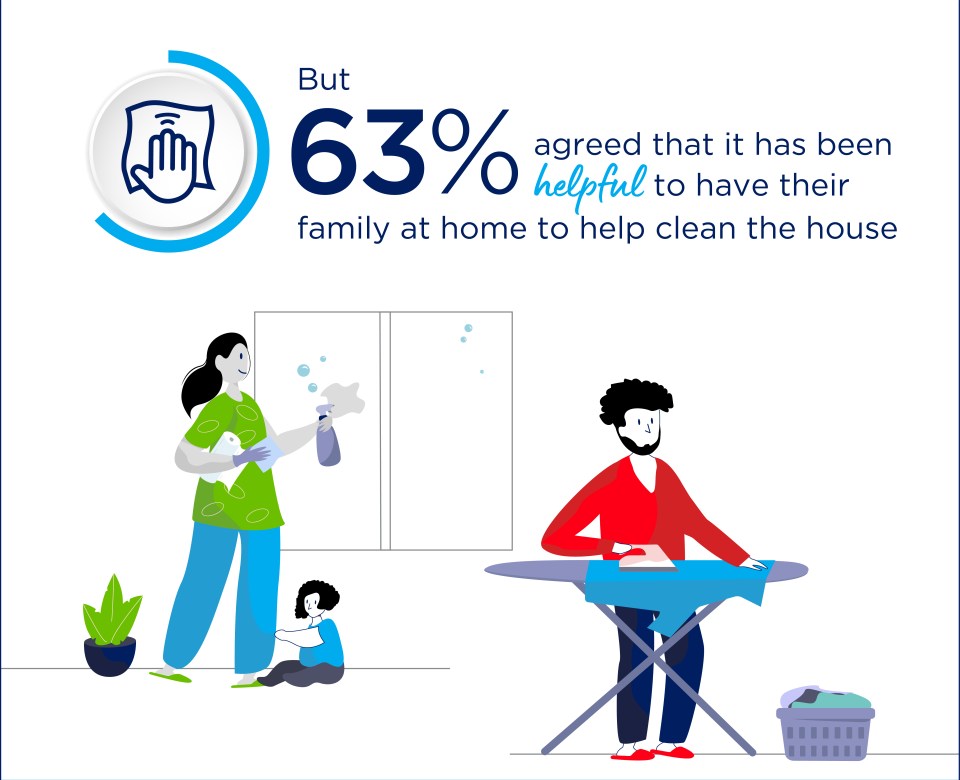 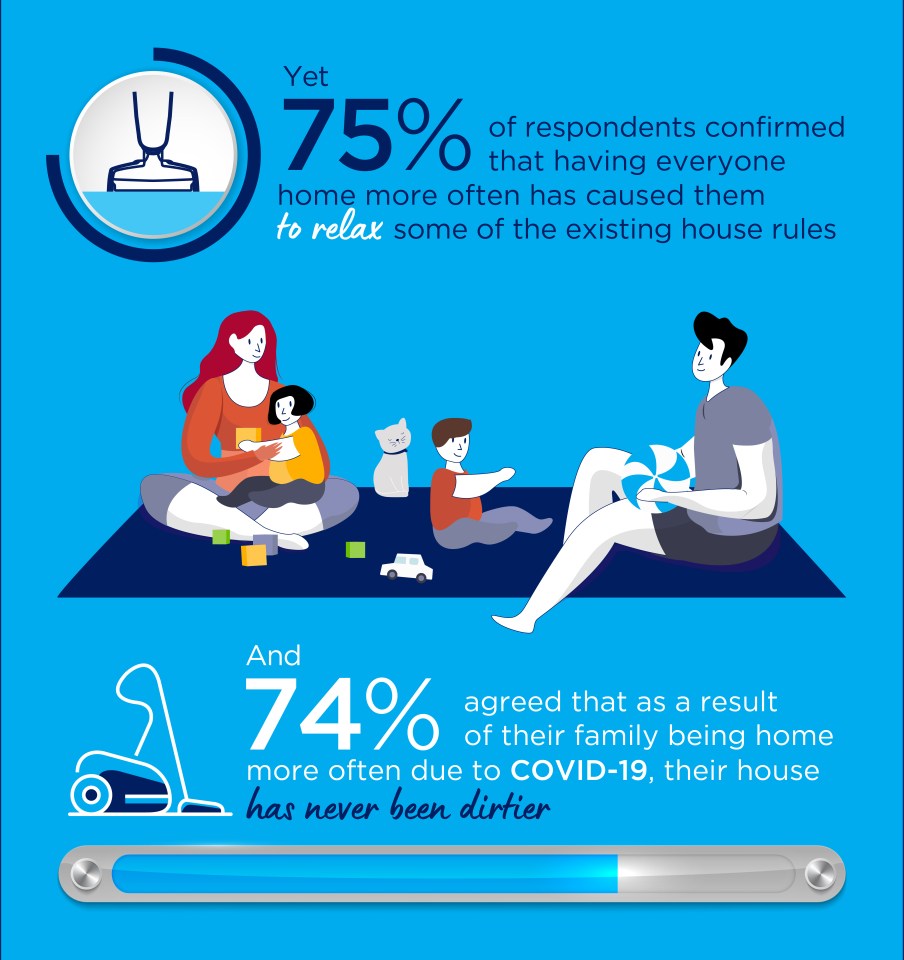 Eighty-one percent of respondents who are also pet parents of a cat or dog said since their family has been home more often during the pandemic, their “fur child” has been treated more like an actual child.

More treats (47 percent), allowing them to lay on the couch or in the bed (30 percent) and letting them play more and get dirtier outside (28 percent) were among the common perks that pets have experienced during this time.

Moreover, nearly three in four pet owners said their pet’s hair seems to pile up more quickly in their home since the beginning of quarantine.

Seven in 10 respondents didn’t get the chance to complete a spring clean this year, since their family was home more often for several months.

And 68 percent are planning a “fall clean” this year to make up for it. 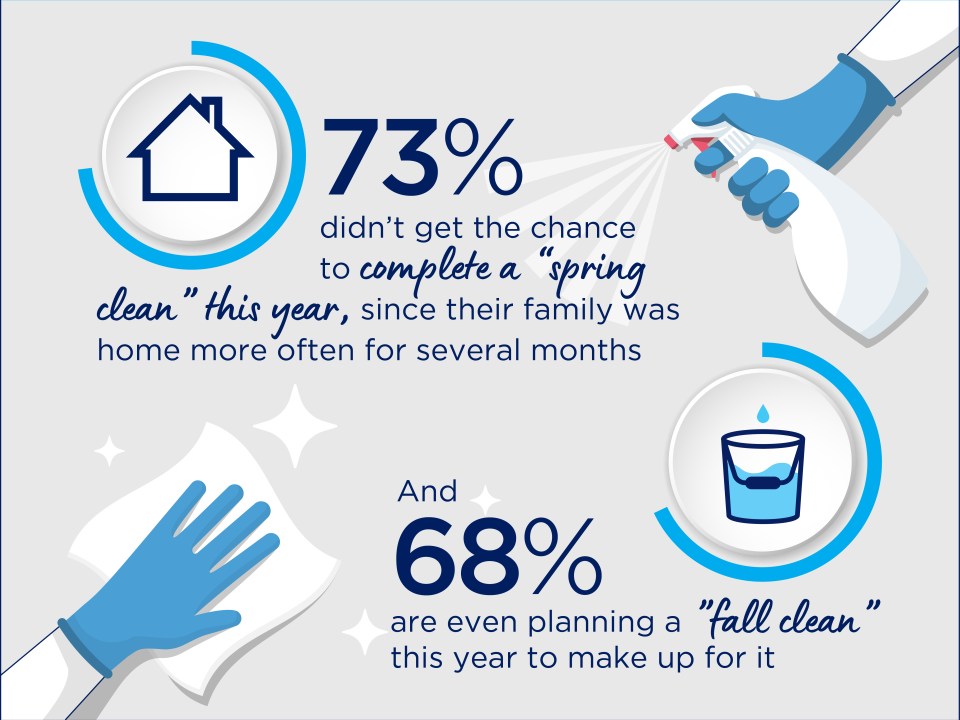 That doesn’t mean they’re excited about it, though, as 77 percent of respondents agreed since everyone was home more often for several months, cleaning this season will be more of a chore than ever before.

“With many American families relaxing the house rules, we know the everyday spills, debris and pet hair are getting a pass,” said Jamie Wilcox, director of consumables marketing at BISSELL Homecare, Inc.

“As long as you have innovative cleaning tools, tackling these messes should be efficient and effortless so you can focus on your family, pets and other daily demands.”

Within the home, windows (62 percent), carpets (59 percent), bathrooms (59 percent) and couches or upholstery (51 percent) topped the list of the areas that respondents plan to tackle. 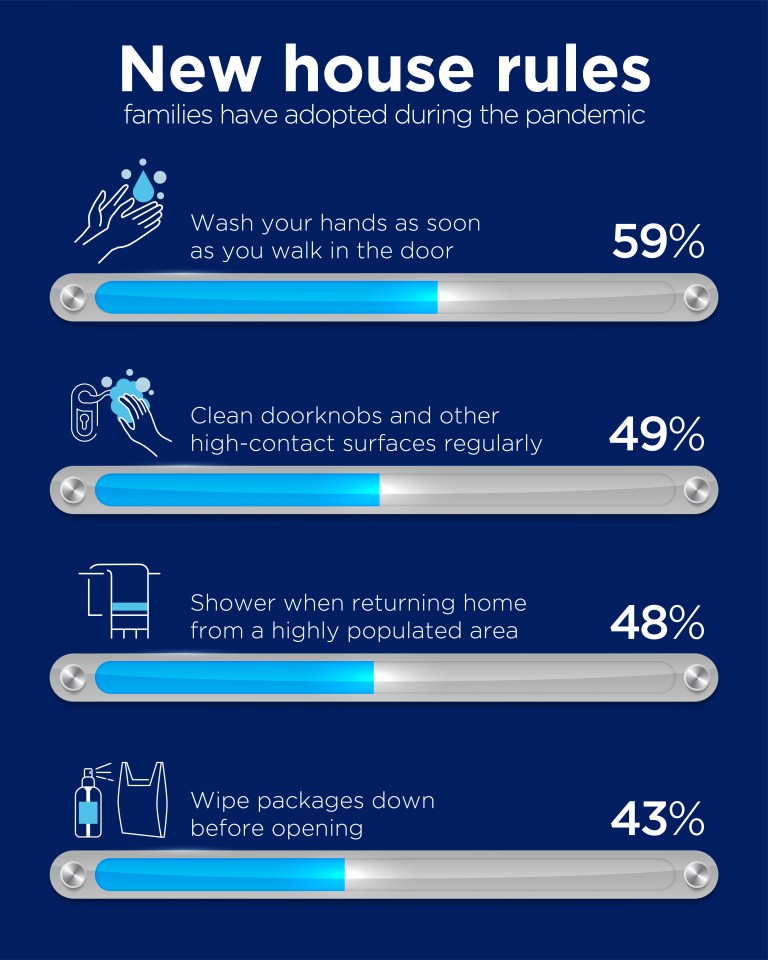 Vacuuming carpets (52 percent), cleaning bathrooms (51 percent) and cleaning dishes or running the dishwasher (51 percent) were among the cleaning activities respondents have undertaken more frequently since being home more often.

The average home has seen five messes and spills in a typical week since the pandemic began – up from an average of four, pre-pandemic.

On the bright side, a full 63 percent of respondents agreed it has been helpful to have their family at home to help clean the house.

“With families spending more time at home now than ever working from home and learning virtually, it’s expected that our carpets and area rugs might need a little more attention than usual,” said Jamie Wilcox, director of consumables marketing at BISSELL Homecare, Inc.

“Before you break out your carpet cleaner, make sure you have the right products on hand, like an oxy-based stain pre-treater as well as the right formula for your carpet cleaner, like Deep Clean + Antibacterial Carpet Formula, which thoroughly cleans and deodorizes deep within carpet fibers, removing stains, odor-causing bacteria and allergens (non-living allergens, including: pollen, pet dander, dust mites).”