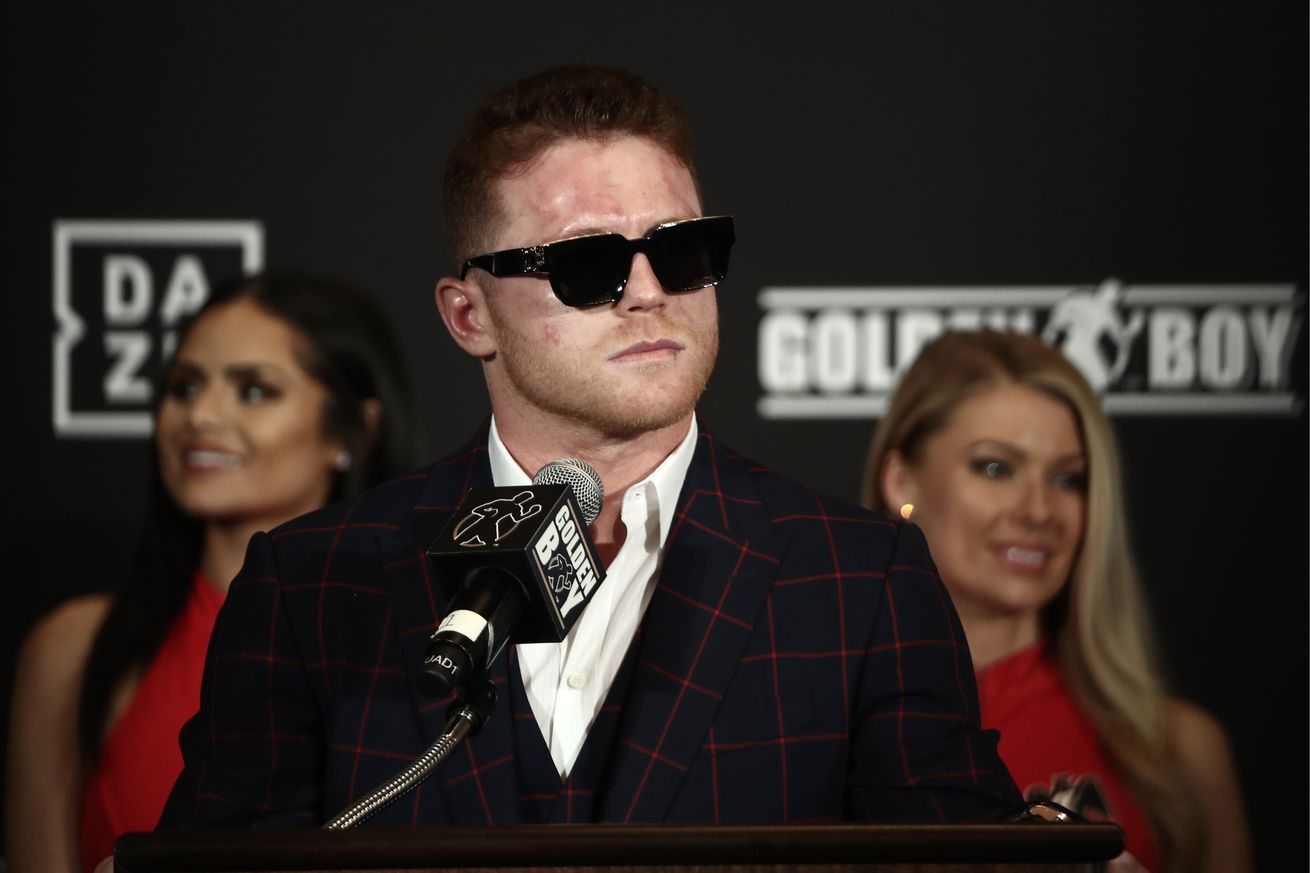 One of boxing’s biggest names is still tied up in legal matters.

Canelo Alvarez, one of boxing’s biggest stars, has re-filed his lawsuit against DAZN and Golden Boy Promotions, which alleges breach of contract, intentional interference with contract, negligent interference, and fraud.

The 30-year-old Alvarez, who signed an 11-fight, $365 million deal with DAZN in 2018 after HBO closed the doors on its boxing brand, first filed the suit in early September. It was rather quickly dismissed in its original form, and Alvarez and his team had until Sept. 28 to re-file. Just last week, it was reported that Canelo had entered mediation with DAZN and Golden Boy.

A previous report from The Athletic stated that DAZN offered Canelo a new deal worth around $20 million per fight, obviously a pretty huge pay cut, with incentives based on subscriptions generated.

But Canelo doesn’t seem inclined to work with that, and the fact is that there seems to be some pretty sour feelings on both ends. Alvarez obviously isn’t happy with being asked to take less money than he signed for, and DAZN don’t seem particularly happy with Canelo’s choice of opponents — or would-be choices at this point, really — which would honestly be more an issue with the fact that they signed him at a price that the opposition in his weight class(es) couldn’t really back up.

For instance, Canelo has been reluctant to sign to fight Gennadiy Golovkin a third time, which is frustrating if you’re DAZN because they also are paying Golovkin a lot of money for even less attractive fights than Canelo has been putting on. Golovkin was signed because DAZN wanted Canelo-GGG 3. Without that, you get into guys like Rocky Fielding, Daniel Jacobs, and Sergey Kovalev, Canelo’s first three DAZN opponents, and right now the options are people like Callum Smith, John Ryder, and WBC-ordered Avni Yildirim.

Just as an observer with an opinion, I have to agree with Golden Boy promoter Oscar De La Hoya, who is on the other side of this Canelo lawsuit, obviously, when he says that if Callum Smith isn’t good enough for DAZN, it’s kind of hard to figure out who is. Smith is the top titleholder at 168 pounds. There are really no bigger fights for Alvarez at 168, other than Golovkin coming up, and to be fair to everyone, Golovkin and new trainer Johnathon Banks haven’t exactly seemed like they wanted to rush into a Canelo fight right now, either.

This whole thing is just a mess. It keeps one of boxing’s few halfway-mainstream names on the shelf, it hurts everyone, it has fans pissed off at everybody for whatever reason they can come up with; nobody’s winning on this right now. If Canelo gets free from DAZN and/or Golden Boy, then he’ll be a hugely hot property for both Premier Boxing Champions and Top Rank, who have major TV money backing plays on both sides, FOX with PBC and ESPN with Top Rank. But there’s really no telling when that might happen, either, and frankly, as valuable as he is, I’m not sure Canelo’s going to find anyone else to offer him $35 million a fight, either. It was probably always just too much compared to the likely, realistic return.

But that’s how it is for now. Alvarez isn’t fighting, except in court. DAZN are missing their biggest name. Golden Boy without Alvarez are only barely a top-tier promoter. No fun for anyone, but that’s where we are.

Adele Is "Absolutely Terrified" To Host "SNL" With H.E.R. As Music Guest

Trump, Biden to have microphones muted for part of final US presidential debate

Save 40% on a stress-relieving portable foot massager