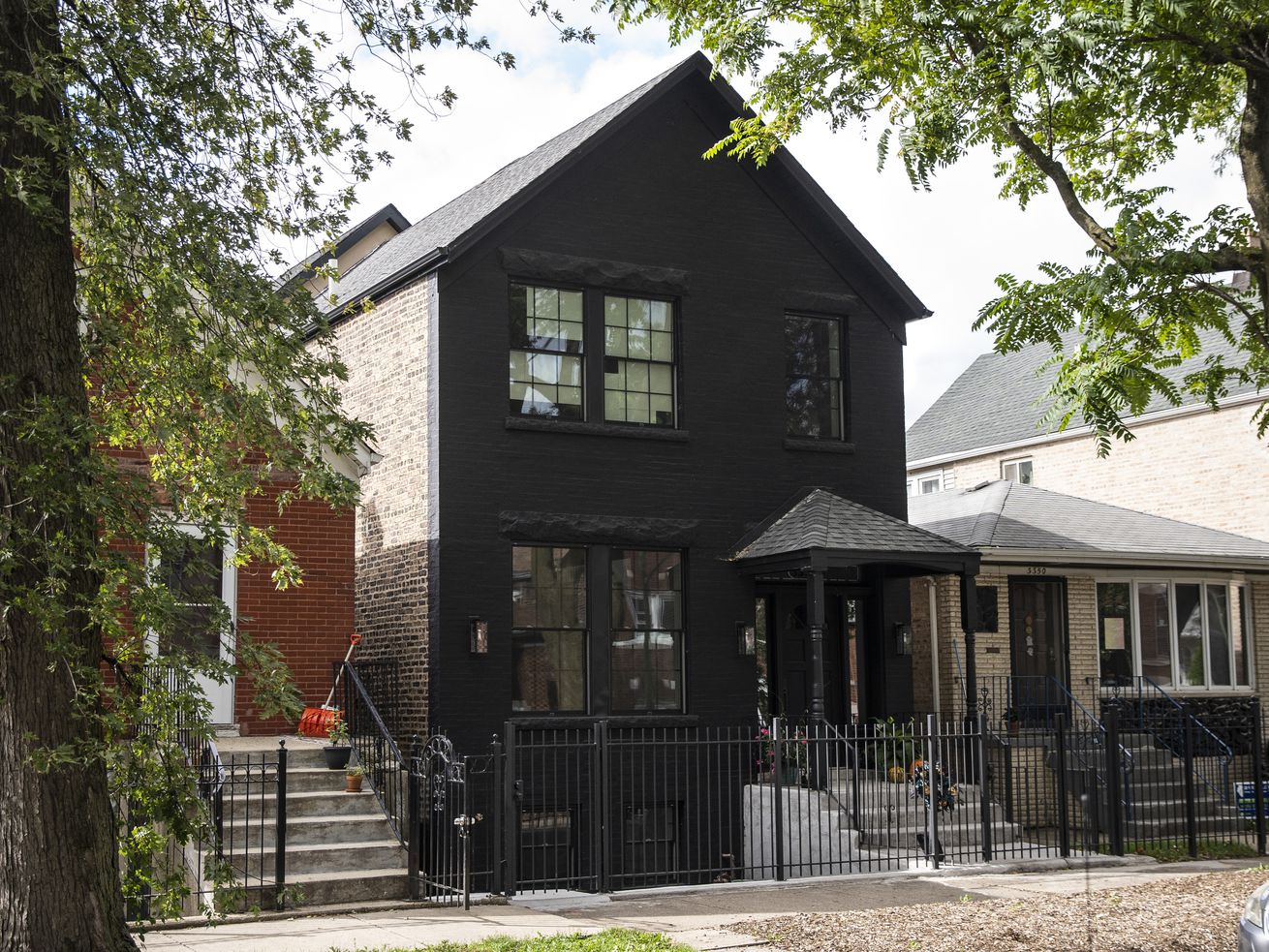 Today’s update is a 5-minute read that will brief you on the day’s biggest stories.

Good afternoon. Here’s the latest news you need to know in Chicago. It’s about a 5-minute read that will brief you on today’s biggest stories.

Concerns about gentrification and an incongruous backyard putting green are part of the conversation in Bridgeport following the pricey sale of a home featured on the HGTV show “Windy City Rehab.”

The home at 3352 S. Carpenter was purchased for $260,000 and, after extensive rehab, sold for $790,000 in June. Host Alison Victoria’s finishing touch was an artificial turf putting green in the backyard.

It was her first home-flipping venture on the South Side and in a working-class neighborhood known for its relatively modest brick dwellings that stands in sharp contrast to the tonier North Side locales where she’s sold luxury homes for north of a million dollars or more.

“This neighborhood isn’t putting-green people, but, anyway, that’s a matter of choice,” said a neighbor on the block, a retiree in her 80s who asked not to be named. “We people are down to earth and we’re blue collar, and I’m not saying the people who bought the place are snooty or whatever, but it’s just something I would never think of doing.”

Aesthetics, however, weren’t her main concern — it was the prospect of paying more property taxes as nearby homes become bigger and pricier: “I’d have to go to my son and ask for help if that happens,” she said.

Longtime Bridgeport resident Ed Marszewski, who runs a brewery and artist space in the neighborhood and is an advocate for affordable housing, was unsettled by the pricey rehab. “That’s a little crazy town,” he said of the sale price.

“Overvalued bull—- like this is an affront against everyone’s basic human rights. Every neighborhood in Chicago should ensure there is enough affordable housing for its residents,” Marszewski said.

Still, other residents on the block where the home sold were less concerned.

“I’m not alarmed,” said Kristin Ostberg, who works in affordable housing. “I’ve been here since 2009, and this is a pretty steady area. My place is worth more than when I bought it, but the value went up at a steady rate and property taxes haven’t gone up too much.”

Despite Victoria’s stated intention to work in the “hip” area where artists are making their homes that she called “the Brooklyn of Chicago,” she only made $15,000 on the project after dumping more than $500,000 into pricey renovations.

And her partner, developer Donovan Eckhardt, quit the project because he said it would be “stupid” to work in Bridgeport since they’d never be able to equal profits they’ve made in more expensive North Side neighborhoods, like Bucktown and Wicker Park.

A new sci-fi thriller called “neXt” about a rogue AI using modern technology against the people who rely on it premieres next week after being shot in Chicago last year.

The AI’s creator, tech pioneer Paul LeBlanc (John Slattery, “Mad Men”), teams up with FBI Special Agent Shea Salazar (Fernanda Andrade, “The Devil Inside”) and her cybercrime team in an effort to get neXt under control before it’s too late.

Showrunner Manny Coto, who previously worked on “24” and “Dexter,” got the idea for the series one morning after his son said he didn’t get much sleep because an Alexa unit started talking to him in the middle of the night. The family couldn’t figure out whether they’d accidentally set an alarm or if the device turned on without being prompted.

“The incident with my son was just a little creepy and kind of had echoes of a classic ghost story with modern technology,” Coto said. “You know, the parent puts the child to bed, closes the door and then hears the child talking to somebody who’s not supposed to be there, and that’s what this felt like to me.”

While the series is set in Portland and the Pacific Northwest, it was shot primarily at Cinespace Chicago Film Studios on the West Side, with an AT&T campus in Hoffman Estates standing in for an FBI office and some exterior shots filmed throughout Chicago and the suburbs.

“This was the best production I’ve worked on” Coto said. “God willing, if the show got a second season, I would certainly want to go back. I think Chicago just made the show.”

From the press box

The Cubs’ fight to keep their World Series aspirations alive will have to wait a day after weather forced Game 2 against the Marlins to be postponed to 1 p.m. tomorrow. Yu Darvish will face Florida’s Sixto Sanchez if the expected matchup from today remains the same.

And with the Bears trying to reassemble their running game without Tarik Cohen, undrafted rookie Artavis Pierce will be first in line to step up, Jason Lieser writes. Pierce, a 5-11 speedster, ran for 873 yards and scored seven touchdowns at Oregon State last year.

How do you plan on celebrating Halloween this year while staying safe?

Email us (please include your first name and where you live) and we might include your answer in the next Afternoon Edition.

Yesterday, we asked you what you thought of the first presidential debate between President Donald Trump and Democratic challenger Joe Biden. Here’s what some of you said…

“I thought it was absolutely embarrassing. Trump came across as a bully that had absolutely no respect for the rules, the moderator or opponent. Biden tried a few times to speak to the American people, but was rudely interrupted every time he opened his mouth. Wallace had no control as moderator.” — Shannon Slaughter

“Before or after I took the Xanax? Seriously, Trump’s behavior was a national assault on our sanity. I think the whole viewership has PTSD this morning.” — Mary Kelly

“I really think that Joe Biden won the debate over Donald Trump narrowly. And this is coming from a 100% Trump supporter. Trump was too much of a bully and needs to tone it down just a touch. But the debate did not make me reverse my vote.” — Greg Hausner

“SNL is going to have lots of material for this week’s show.” — Valerie Visinaiz-Collins

Thanks for reading the Chicago Afternoon Edition. Got a story you think we missed? Email us here.

Sign up here to get the Afternoon Edition in your inbox every day.