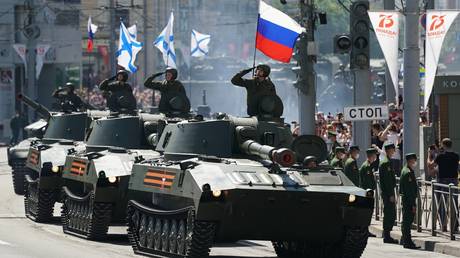 A Western weapons-industry funded think tank claims Russia’s military capability is at its strongest since the Cold War period, and its forces are better equipped and more professional after ten years of investment and reform.

The International Institute for Strategic Studies (IISS), says Russia’s modernization and recent combat experience means it now has a highly capable army. It is worth noting that the organisation is funded by the likes of Lockheed Martin, BAE Systems, Raytheon and Boeing: All of whom have a vested business interest in promoting the idea of threats to Western military hegemony.

“Today, Russia fields capable conventional armed forces, which Moscow has been willing to use operationally, as well as one of the world’s two largest strategic arsenals,” said the IISS, noting that the country’s military capability has been recently tested in multiple theaters of war, including in Syria.

The experts explained that Russia’s ground forces are “smaller and more capable” than they were in the 1990s, and are kept in “a high state of readiness.” In particular, they highlighted the country’s airborne forces and reorganized special forces as being particularly important. They also noted Russia’s progress in strengthening its artillery and missile capabilities. Which is sure to please their sponsors.

According to the report, Russia’s military modernization attempts began in 2008, after the conflict in Georgia showed it “lacked the capacity to rapidly deploy enough combat-ready units.”

On Wednesday, Russian Defense Minister Sergey Shoigu heaped praise on the country’s armed forces, declaring Russia responsible for the defeat of Islamic State (IS, formerly ISIS) in Syria. Thanks to the Russian operation, more than 133,000 militants have been killed, he claimed.

The IISS is a British think tank based in London. Founded in 1958, it has been accused of being deceptive about the source of some of its funds, and was said to have received £25 million ($32 million) from the Bahraini royal family.

Study: Air Pollution Linked to 15% of All Coronavirus Deaths