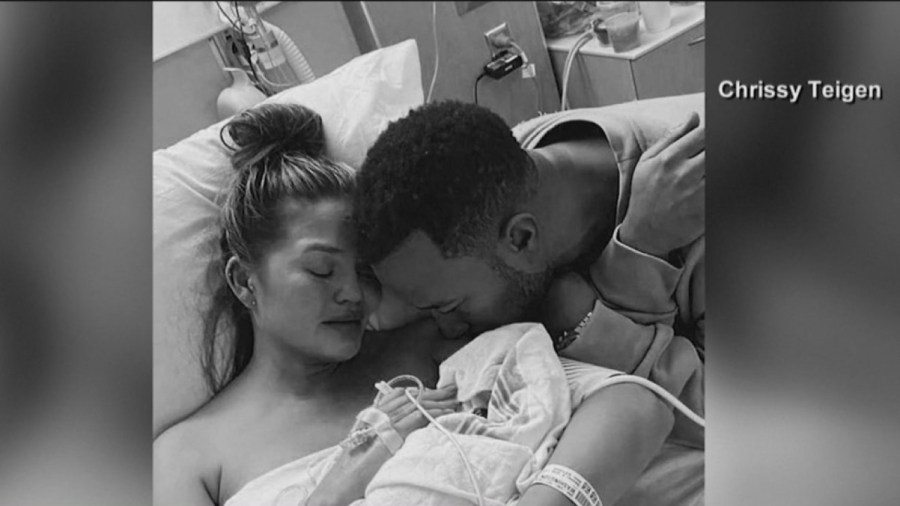 COLUMBUS, Ohio (WCMH) — The announcement by Chrissy Teigen and John Legend on social media of the death of their third baby is bringing attention to the the prevalence of pregnancy loss.

When the model and TV personality and her musician husband disclosed their loss Wednesday night, many were quick to judge her for sharing intimate photos from the hospital, but since many women have championed her for bravery.

"You know I was a little bit taken aback myself when I first saw the pictures thinking: 'Why would anyone put this out there? Such a raw, personal, painful moment.' But, then again, the more I thought about it, the more I reflected back on my own experiences with patients. It lets women know they are not alone," said Medical Director of Women's Health for OhioHealth Dr. Jason Melillo, OB/GYN.

Melillo says while the odds are lower in the second trimester of losing a baby like Teigen did, one in three women will have a miscarriage in their life. He says when a woman does go through child loss, she learns how many people in her life have dealt with the same.

I had patients who would tell me after a miscarriage, they would come back and see me a couple weeks later, and they would say, 'Wow, I found out that my mom had two miscarriages, and I never knew,' or, 'Some of my really close friends that I see on a daily basis went through this a year or two ago, and they never told anybody.'

Melillo says women need to know that miscarriages are not their fault.

"They did not do anything wrong, and it does not mean that they can't have as many children as they would like and have as big of family as they want," he said.

Malaysia’s first cardinal dies at the age of 88

As final weekend looms, Trump and Biden to barnstorm across Midwest