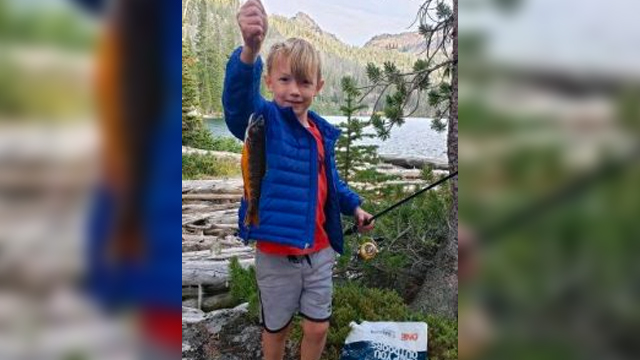 PORTLAND, Ore. (KOIN) -- Police say a missing 6-year-old boy from Utah was reportedly spotted in Roseburg, Oregon with his mother.

The Unified Police Department out of Salt Lake City received information that Terran Butler was with his biological mother, Emily Jolley, in the Roseburg area overnight. Police also learned they had reportedly switched vehicles -- they now believe Jolley is driving a blue 2015 Honda Civic with Utah plate X371WW and they are heading towards Yachats.

Another woman, 56-year-old Bonnie Jackson, is believed to be with Jolley. Police say Jackson is a friend and sympathizer of hers. According to ABC 4, "both women are members of an extremist group and Cutler said Jackson is considered a sympathizer and part of the Sovereign Citizens."

Terran Butler was last seen on Sept. 26. in the Millcreek, Utah area. The six-year-old was reportedly on a supervised court visit with Jolley -- but when Butler’s father attempted to pick him up from the visit with his mother, they were gone without his consent.

An Amber Alert was issued for Terran two days later. Police say Jolley has ties to Washington State and is possibly traveling toward the state with Terran.