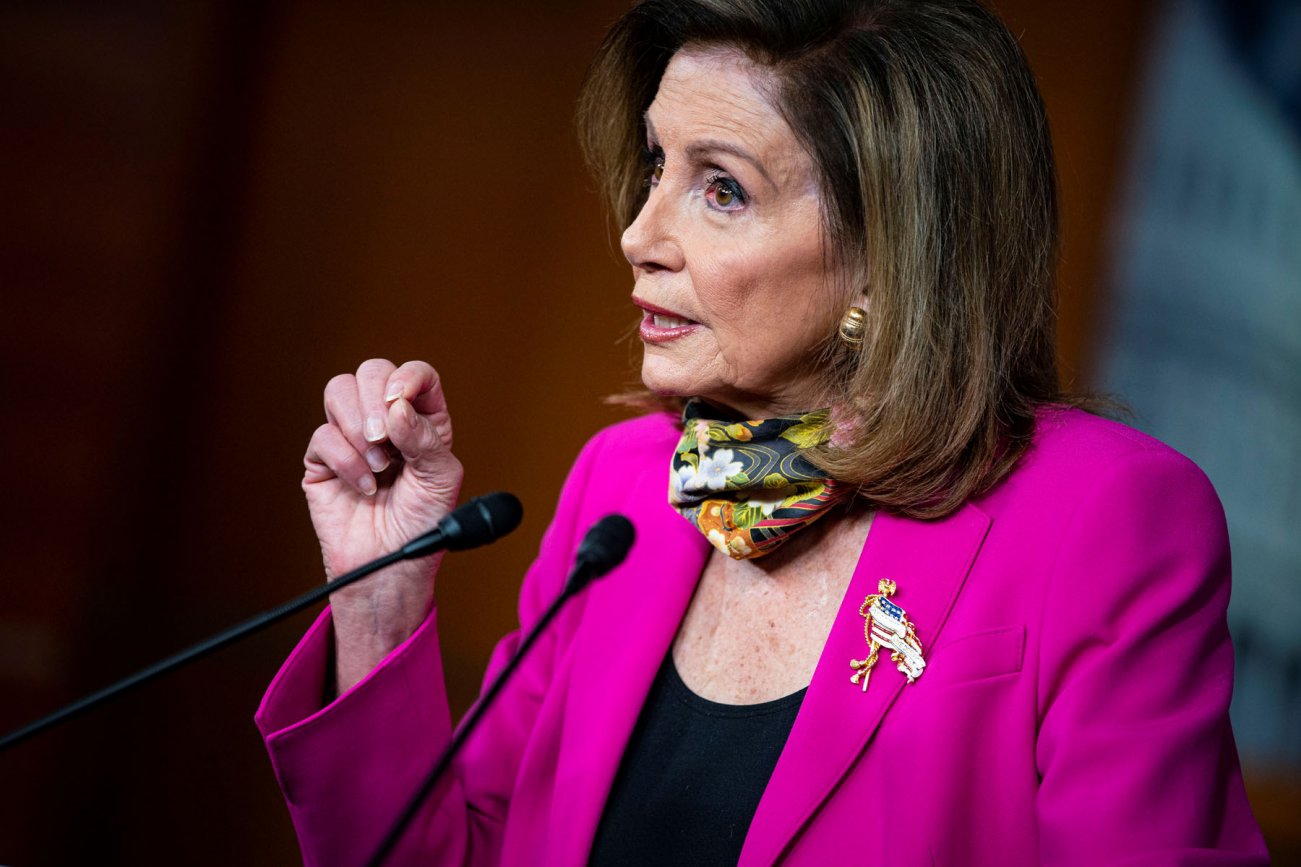 Despite anticipations that Senate Republicans will resist an upcoming package, many viewed the meeting as progress towards a potential settlement.

Top congressional lawmakers met Wednesday to negotiate the next coronavirus relief bill, resulting in yet another failed attempt to reach a long-awaited deal and set partisan politics aside.

But this time, there may be a flicker of hope as House Speaker Nancy Pelosi (D-Calif.) and Treasury Secretary Steven Mnuchin arranged to convene and continue economic relief talks as the ongoing pressure from congressional colleagues linger to reach an agreement.

“Secretary Mnuchin and I had an extensive conversation and we found areas where we are seeking further clarification. Our conversations will continue,” Pelosi said in a statement, following their ninety-minute meeting in her office in the Capitol.

Mnuchin echoed the Speaker’s remarks to reporters before departing from the Capitol saying, “We made a lot of progress over the last few days. We still don’t have an agreement, but we have more work to do. And we’re going to see where we end up.”

Although Pelosi and Mnuchin didn’t reach a deal, the meeting was the first time the two had met since coronavirus negotiations sagged in early August due to the monetary scope of the package and specific provisions within it.

Democrats established a $2.2 trillion proposal—a bill that’s unlikely to become law considering House and Senate Republicans oppose it—to offer a slimmed-down version of the $3.4 trillion Heroes Act passed by the House in May. House Democrats, however, have delayed its vote in hopes that Pelosi and Mnuchin will agree on a heavily bipartisan bill. If the two don’t reach a consensus, Democrats said they’ll proceed with the vote by the end of the week.

The $2.2 trillion package includes almost $500 billion for state and local aid, a continuation of the $600 weekly bonuses for unemployment insurance, another round of stimulus checks, nearly $75 billion for coronavirus testing measures and funds for schools, the U.S. Postal Service, election security and more. It also provides emergency funds to the airline industry to prevent future furloughs, a sector that’s been hit hard due to the discouragement of travel amid the coronavirus pandemic.

Mnuchin’s counter to the big-spending package proposed by Democrats is similar to the roughly $1.5 trillion proposal drafted by the bipartisan Problem Solvers Caucus in the House earlier in September, according to The Washington Post. Pelosi has shown little willingness to shave the $2.2 trillion in spending for the next negotiated package, while Senate Republicans are reluctant to spend more than $1 trillion.

Senate Majority Leader Mitch McConnell (R-Ky.) squashed any sense of optimism for a bipartisan agreement before the election, as he said the two sides of the aisle were “very, very far apart.” McConnell failed to rally his colleagues’ support from the Senate in a scaled-down bill a few weeks ago that amounted to less than $1 trillion.

“We would like to see another rescue package,” McConnell said, referring to Pelosi’s proposal as “another massive measure that includes such things as health care for illegal immigrants, tax cuts for rich people in New York and California and other things that are totally unrelated to the coronavirus.”

"So I think it's safe to say we're far apart. I think Secretary Mnuchin and the Speaker are continuing to speak but we're very, very far apart," he told reporters.

As the United States surpassed two hundred thousand reported coronavirus deaths and millions of Americans remain unemployed with government aid depleted, Pelosi and Mnuchin face heated pressure to finally compromise and pass the next relief package. The Speaker, in particular, is being weighed down by moderate Democrats who are competing for re-election, as they disrelish being on Capitol Hill and prefer to campaign in their home states.

Some key provisions still in the talks that have stalled reaching an agreement are: whether to include legal liability protections as Republicans want them, but Democrats oppose; Democrats also want massive state and local aid, while Republicans balk at big-spending; and Democrats want a huge price tag, but Senate Republicans remain fiscally conservative.

Congress cooperated in the spring when the coronavirus first struck the United States, passing four bills that accounted for $3 trillion in aid, but Democrats and Republicans have struggled to act in the same manner in recent weeks. Negotiations between top lawmakers crumbled over the summer and ignited just a few days ago.

Despite anticipations that Senate Republicans will resist an upcoming package, many viewed the meeting as progress towards a potential settlement.

Couple charged with money laundering have bail confirmed by court