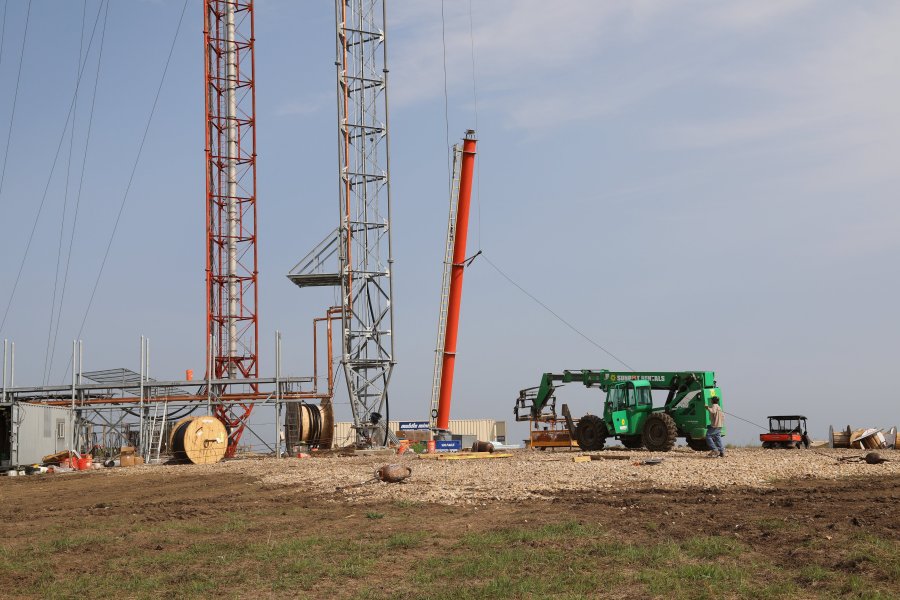 On Wednesday, the tower crew installed a 40-foot tall, 4,000 pound microwave antennae on the top of the 1,433 foot tower.

Nexstar is investing several million dollars in the Topeka and Shawnee County community with a new tower upgrade for its KTKA and KTMJ broadcasting channels.

“We have a 1,400 foot tower on West Union Road that will be replaced by a 1,433 foot galvanized structure,” said Troy Caldwell, Chief Engineer with KSNT, KTMJ and KTKA. “We have been working on this project since early 2018. At that time we determined we needed a new tower.”

The new tower is being constructed by Electronics Research Inc., from Chandler, Indiana. ERI provides engineers, designers, fabricators, project managers and installers to install broadcast antennas, transmission lines and towers. It took a 275 ton Wilkerson crane to lift the bottom section in place. The 1,433-foot tower includes 41 sections with each section 35-feet long and a total weight of over 90 tons including antennas.