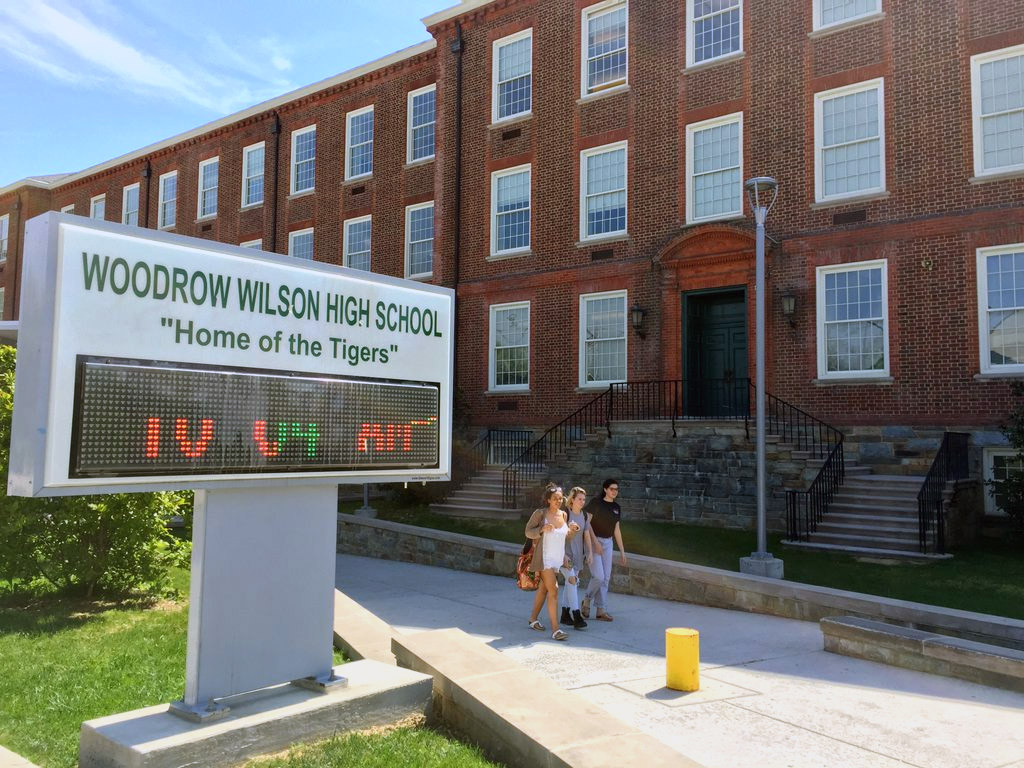 The D.C. Council heard from residents Tuesday as it considers changing the name of Woodrow Wilson High School.

A recent graduate of Wilson High was among those who spoke out in support of a name change at Tuesday’s hearing. “Woodrow Wilson’s name upon my school is a sickening reminder of the evil he has done to people who look like me,” Ayomi Wolff told the council.

Wolff is among the residents who have supported the removal of the 28th U.S. president’s name from the school for years.

According to D.C. historians, Wilson limited the advancement of Black people within the federal government and supported segregation.

The issue of renaming the school was reignited by the death of George Floyd, who was killed by Minneapolis police in May.

A Change.org petition, signed by more than 22,000 people, was sent to D.C. Public Schools Chancellor Lewis Ferebee, along with a letter to Mayor Muriel Bowser.

“Through small changes like this … we can provide hope to the community that further change is possible. You must make a change for the better, because if not now, then when?” Wolff said.

Another D.C. resident, who graduated from the high school in the 1980s, said though Wilson’s actions and views were in line with the U.S. at the time, he would like to see the school renamed for another Wilson: John A. Wilson, the former D.C. council member.

D.C. Council members Mary Cheh and Kenyan McDuffie also showed support for the renaming of the high school in the Tenleytown neighborhood.

Residents who would like to submit a statement to the D.C. Council on the renaming of Woodrow Wilson High School are able to do so until Sept. 29.