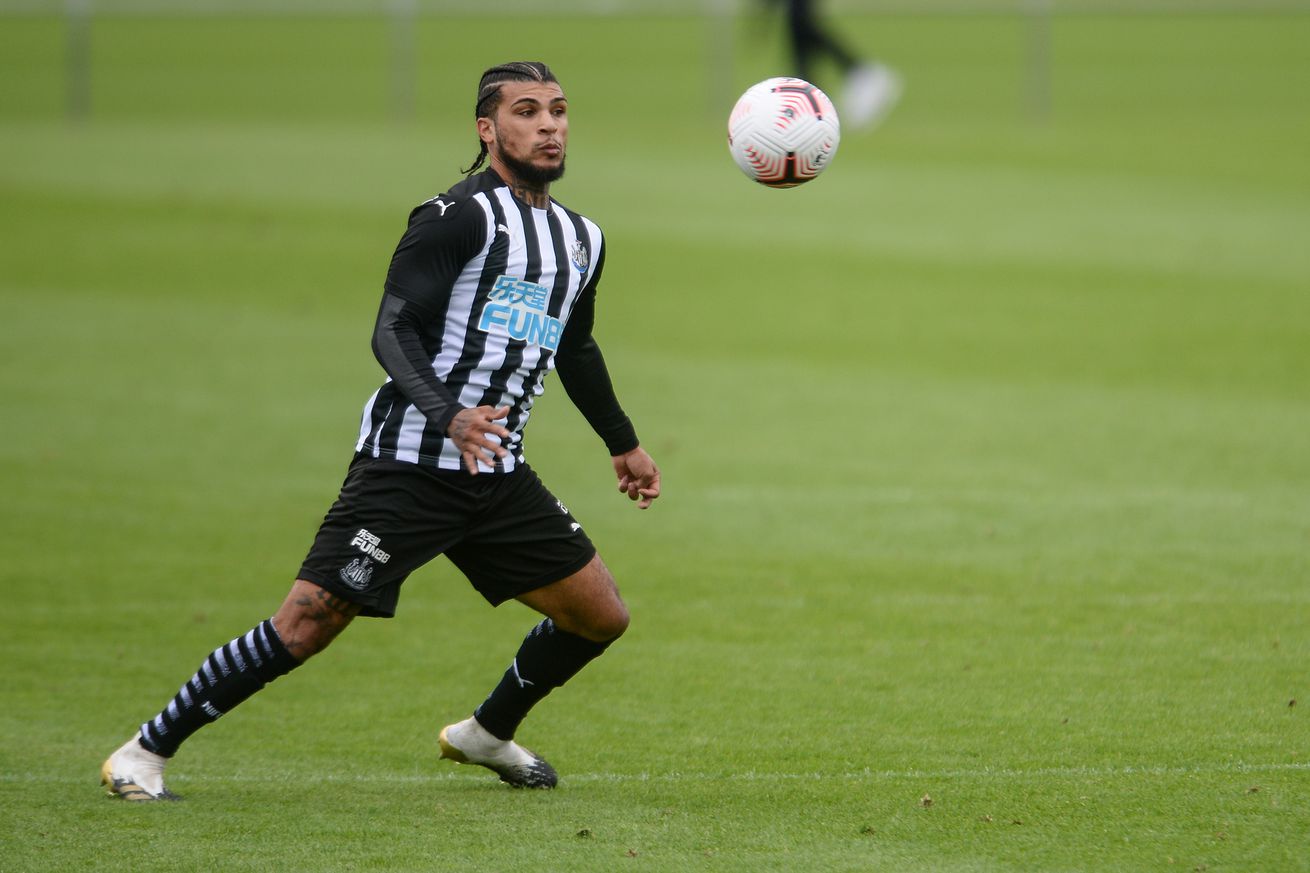 The former Sounders Homegrown Player could be coming to MLS.

DeAndre Yedlin’s days with Newcastle United have appeared to be numbered since the end of this past Premier League season, and understandably MLS teams have been among those in pursuit of the USMNT fullback’s services. New reporting indicates that the question of where Yedlin will be playing could have a solid answer in the coming weeks.

DeAndre Yedlin looks set to leave Newcastle before the end of the transfer window. Sources tell CBS Sports that multiple MLS clubs continue to inquire and hope to land him on a free transfer.

A move back to MLS makes some sense — Yedlin has expressed interest in returning to the league where he got his start, including a desire to play in Seattle again — but there are several things standing in the way of such a move. For one, Yedlin’s salary with Newcastle is around $2 million, which would easily make him the most expensive fullback in MLS and would require him to be a Designated Player unless he took a pay cut, Newcastle agreed to cover part of his salary or some other creative solution was found.

Further complicating the situation is that Newcastle paid a fee in the area of $6.5 million to bring Yedlin in from Tottenham Hotspur back in 2016. It’s been four years, and the club likely aren’t expecting to recoup that whole transfer fee, but they might not be inclined to let him walk for free. Even a minimal transfer fee coupled with his salary could make the move difficult for MLS teams.

Even if the monetary aspects of the deal can be figured out, acquiring his rights would still be a significant hurdle. As a player who was transferred out of the league, Yedlin is subject to the Allocation Order. The Sounders are currently 23rd on that list, meaning they’d have to make a trade to move up. FC Cincinnati currently occupies the top spot.

Caveats aside, there is still a chance that Yedlin could be back in MLS in the near future, possibly even wearing Rave Green as a more seasoned professional with Premier League experience. That’s something to get excited about.