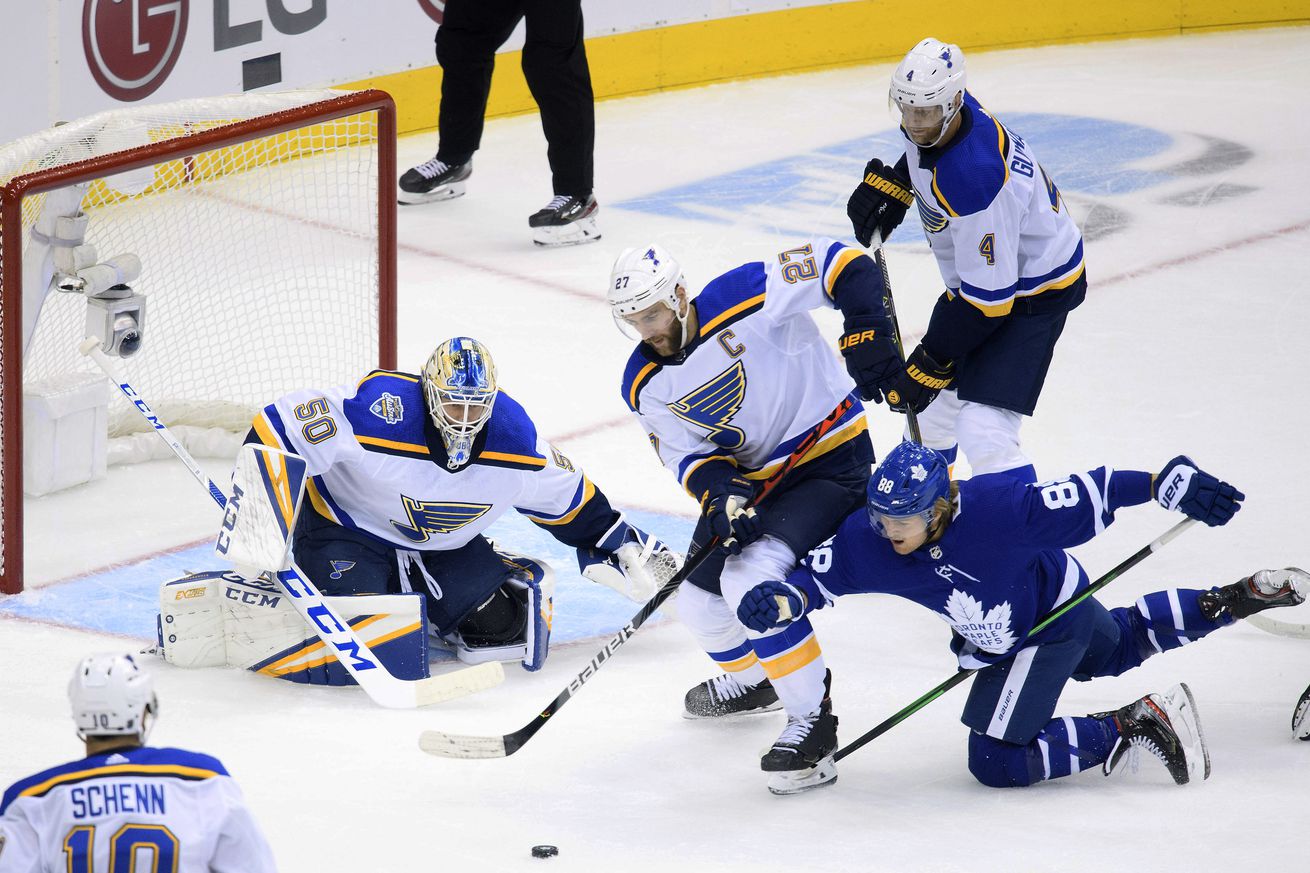 Approaching a few choices in the next month.

1. Draft! The good folks over at TSN tweeted this, as part of their ongoing draft content.

DraftCentre: Which blueliner should the Leafs select with the No. 15 pick?

I know very little about drafting, prospects, leagues below the NHL, skills projection, or automotive repair, while we’re at it. I nonetheless have picked up three or four pieces of wisdom from people who know better. The big one, in shiny, sparkly letters, is don’t draft for need. Do not pick a player because the guy he might be in four years is the kind of guy you wish you had right now, because a) he might never get there and b) your team may be in a totally different spot, unless you learn how to fold separate eras on top of one another into a Time Sandwich. The fact this is such baked-in thought among scouts and stats people that even I knew about it years ago probably suggests it’s pretty obvious.

In justice to Craig Button, he does say three-quarters of the way into the video in the piece that the Leafs aren’t just going to look at defencemen. He names forwards Hendrix Lapierre and Dawson Mercer as interesting possibilities, and that’s completely fine. But the covering tweet, article, and poll all presuppose the Leafs are going to jump all over a defender out of fear as to what happens when your best RHD is either Justin Holl or a large bag of Skittles. Which is where I’m going with this—

2. The reason why the Leafs media chatter is so tiresome is the ginned-up panic. It’s not really that there are dumb commentators. Toronto probably has more of them on volume, but it also has some smart ones. But the conversation around the team is usually framed as if they are a kitchen where different objects are constantly bursting into flame and the team needs to do something, anything, to put out the most recent fire, so help us God, even if it means trying to put out the frying pan with this can of Kerosene we found labelled “trade Nylander for Doughty.” Obviously, headline construction in every place and field since forever has involved some forced urgency, but the all-consuming appetite for Leafs news means a desperate sense of Things Are Going Wrong Oh God. And while I feel this way myself sometimes, it’s worth distinguishing between items that are actually on fire, and items that are just stopping us from making a delicious meal of victory and laughing at the Habs.

3. The Leafs aren’t burning down. They are a competent, playoff-calibre (in years without a nonsense playoff format that allows everybody and their dog in) team with a franchise centre. That isn’t enough, but it’s not nothing. There should be some urgency around the Leafs, and I’ve said as much. Kyle Dubas should not be content to do nothing. But:

4. Toronto doesn’t have to do any particular thing. That’s the biggest takeaway. The Leafs aren’t bound to trade the 15th overall pick, and they aren’t bound to keep it. They don’t need to rule out trading up if someone they like comes into range, and they don’t need to rule out trading down if that doesn’t happen. They don’t have to trade Frederik Andersen, though they can as long as they replace him.

This all might seem pretty obvious, but I think it’s a key thing to keep in mind. In negotiation theory there’s a concept “best alternative to a negotiated agreement”, or BATNA, and it’s significant in how you approach things like the trade market and contract negotiations. It means that if whatever’s on the table is worse than the best thing you could do walking away, you walk away.

I want the Leafs to approach every single decision this offseason from an attitude of we-can-but-we-don’t-have-to. It should be the exact opposite of the feeling that we’d better draft a defenceman, or trade for a defenceman, or whatever else. Having an obvious positional weakness can confine you, but the Leafs have some draft capital, some tradeable players, and more real money than any other franchise even as they have limited cap space. I want the Leafs to leave as many roads open as long as possible, because it’s the only way they’re likely to find the best one.

5. Make some actual statements, you coward! Fine, here are a whole bunch of guidelines.

6. Remember, this is all kind of a crapshoot. Dallas is in the finals now. Dallas is a fine enough group, but I don’t think they were one of the best three teams in the west and I think they were fortunate to beat two teams that were. Sometimes shit just happens. Maybe next year it’ll happen for the Leafs instead of happening to us. Hey, stop laughing.

7. The Leafs have been worse off before. Most of the last fifteen years, actually. It’s a thin consolation, but this team has more talent than we saw for long, barren stretches. That’s a good start.

New lockdown rules: Pub curfew and ban on home visits – what could be announced tonight?