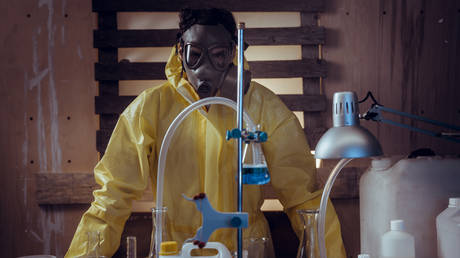 Researchers in Australia are sounding the alarm after they made disturbing discoveries in homes that were once used as meth labs, finding that trace amounts of the drug persist in the property for years after it has been sold.

The potentially toxic chemicals cling to surfaces on furniture, clothes, and carpets, as well as items brought into the home like rugs, toys, beds, and leach back into the air for more than five years after the former drug operations ceased.

The study, published in the Journal of Exposure Science & Environmental Epidemiology, was conducted by researchers at Flinders University in Australia focused on two different former meth lab homes in Australia.

A family with young children lived in one of the homes for nine years, and reported feeling ill throughout the entire time they lived there, with the kids bearing the brunt and developing asthma-like symptoms, difficulty sleeping, and behavioral changes.

According to Australian drug guidelines, 0.5 micrograms per 100 square cm (0.5ug/100 cm2) of contaminated surfaces can be harmful to human health.

Meth residues found on surfaces around the entire home reached 12.6 µg/100 cm2 and 4.7 µg/m3 in the air, or in layman's terms, in similar concentrations to those found in active drug labs seized by police in the US.

The researchers found that breathing alone might have accounted for up to 20 percent of the children's meth exposure.

To make matters worse, in the second home, which wasn't tested directly, but instead the former residents' possessions were, they found traces of meth on clothes and soft toys.

Even when the objects were placed in sealed bags, they still leached traces of meth into the air, causing headaches, respiratory problems, and skin irritation.

A previous 2015 study found that every member of an Australian family living in a former meth lab home had suffered ill health as a result of the meth fumes and residue.

In that study, samples of the children's hair revealed meth levels equivalent to those of chronic adult drug users.

"This suggests that the methamphetamine is not breaking down or being removed and is constantly transferred from contaminated to non-contaminated objects," researcher Kirstin Ross said.

The study highlights that the legacy of meth labs lasts for years and is fast becoming a newly-emerging public health issue across the globe.

3 Outrageous Lasagna Recipes You Have To Try