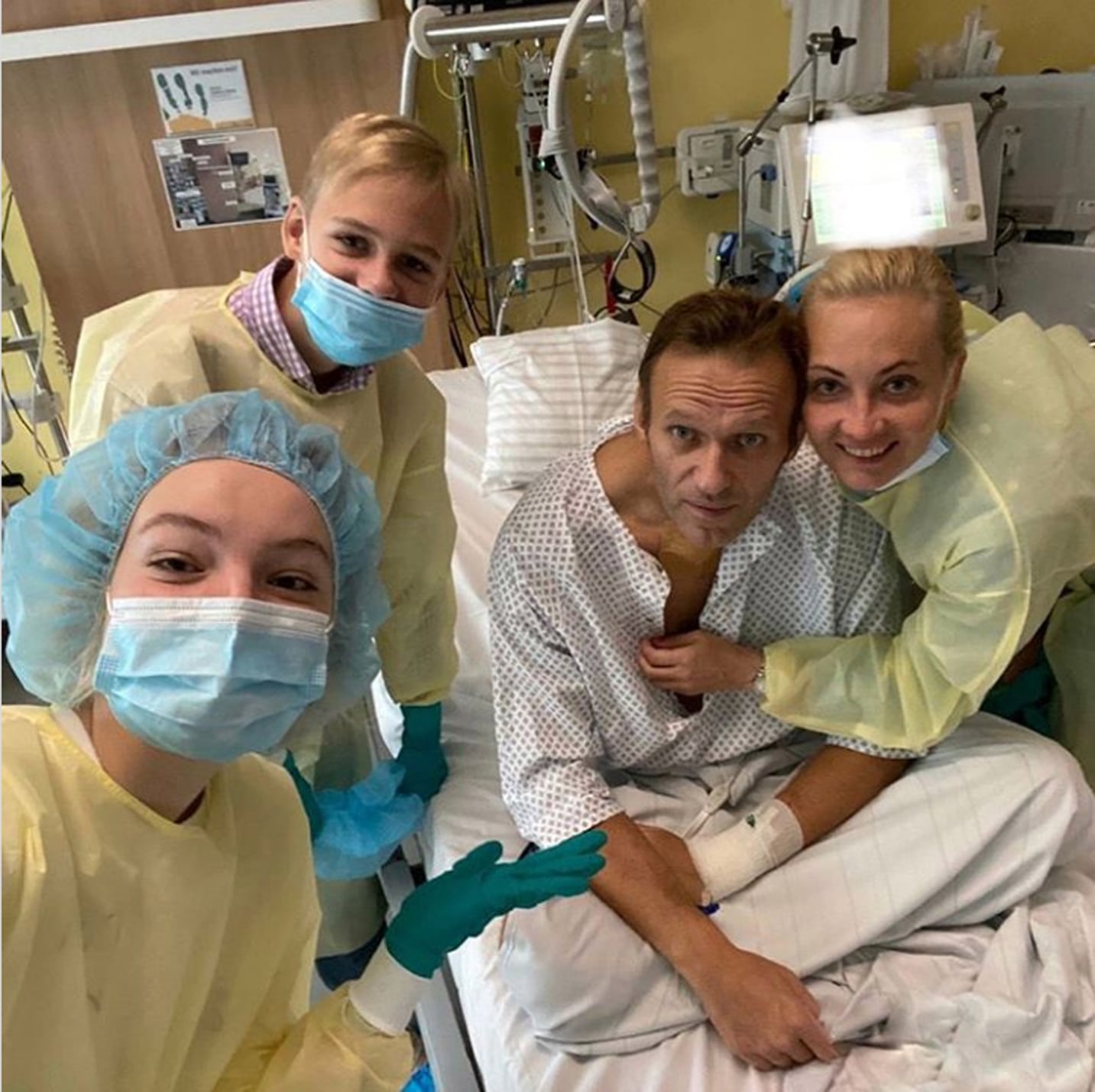 Kremlin critic Alexei Navalny shared a photograph from a Berlin hospital, sitting up in bed and surrounded by his family, and said he could now breathe independently after being poisoned last month.

“Hi, this is Navalny. I miss you all. I can still hardly do anything, but yesterday I could breathe all day by myself. I did not use any outside help, not even the simplest valve in my throat”, Navalny wrote in a post on Instagram on Tuesday.

Navalny is a fierce critic of Russia’s president Vladimir Putin. On August 20, he fell ill on a flight from Siberia to Moscow, forcing the plane to make an emergency landing in Omsk, where he spent two days in hospital before being evacuated to Germany.

Germany says he was poisoned with a Soviet-style Novichok nerve agent in an attempt to murder him. Russia has rejected the claims. On Monday, Berlin’s Charite hospital that has been treating Navalny said that he has been successfully removed from mechanical ventilation and is now able to briefly leave his bed.

On Tuesday, Navalny’s spokeswoman Kira Yarmysh said on Twitter that the politician plans to return to Russia: “I’ll confirm again to everyone: no other options were ever considered”, she said.

On Monday, Germany said that two independent laboratories – one in Sweden and one in France – confirmed that Navalny was poisoned with Novichok.

UK coronavirus cases rise by 6,634 in highest increase EVER in 24 hours as 40 deaths recorded