TWO men in a car tried to kidnap two 11-year-old schoolgirls from a bus stop in South London.

The children were targeted as they waited for a bus on Crofton Road in Orpington.

They were approached by a man who had left a car before attempting to grab them at around 3pm on September 9.

The girls fled and ran back to school, where they where looked after by staff and their parents were called.

Both were unharmed by the incident but were distressed.

An investigation has been launched with the suspect, described as a white man in his 30s.

He is thought to have been with another white man in his 30s in a white car, potentially an L plate Fiat 500.

Diner turned away from steakhouse for wearing 'chavvy' clothes

Police are appealing for information about the incident, which is being treated as an abduction attempt.

Any witnesses or other victims who may have been approached in similar circumstances are urged to call 101, referencing CAD 5071/09Sep. 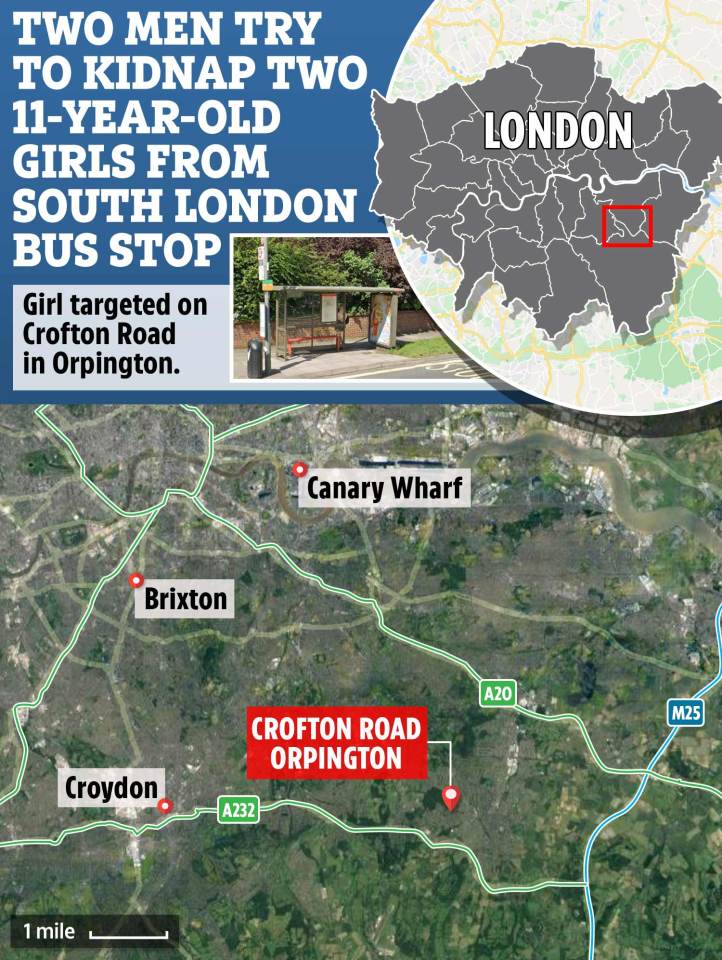