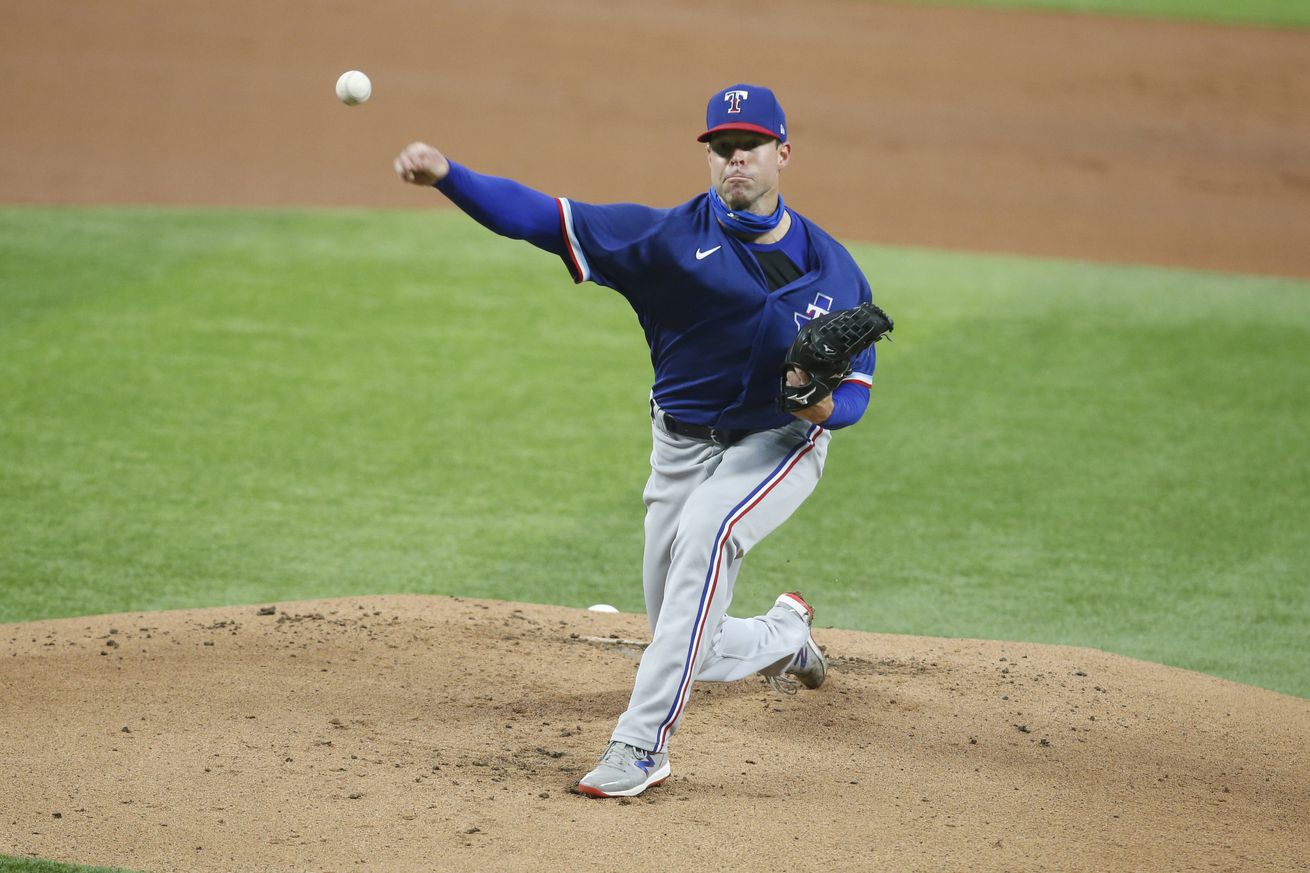 The veteran pitcher lasted only in inning in his first outing as a Ranger.

It looks like Corey Kluber’s time as a Ranger could be over before it barely began. Kluber exited his debut on Sunday with shoulder tightness after just an inning of work. Now, Evan Grant of the Dallas Morning News reports that MRI has revealed the pitcher has a grade two tear of his teres major. So, in layman’s terms, he’s got a pretty serious injury to his shoulder.

Corey Kluber has a Grade 2 tear of teres major muscle in shoulder. He will be shut down for 4 weeks before being re-evaluated. If - big if - he returns this year, it would likely be as a reliever.

The 34-year old will also be getting platelet-rich plasma injections to help expedite the healing process. Joe Palumbo came into the game against Colorado to replace him. Palumbo is in his second season of the show, pitching a rough 9.18 ERA over 16.2 innings after coming up from Triple-A last year. While that number can be hard to look at, it’s important to note that he also had 21 strikeouts and a combined 108 strikeouts from his time in AA/AAA earlier that year.

For now, Kolby Allard will be taking over Kluber’s spot in the lineup. The 22-year old hurled a 4.96 ERA for Texas last year over 45.1 innings on the bump. He garnered 33 strikeouts and 19 walks during that time. Allard was drafted out of high school by the Braves in the first round of the 2015 draft. He was traded to the Rangers for Chris Martin during the 2019 trade deadline.

As Grant notes, if Kluber does make a phoenix-like comeback, the like of what we were hoping for in this blighted season, he’d do so coming out of the bullpen. The Rangers have a contract option on Kluber for 2021 for $18 million. Kluber’s contract would have vested at 160 innings had we seen a full season for 2020. Instead, that vesting clause was amended to 59 1/3 innings after MLB officially settled on a 60 game season. With Kluber already skirting a thin line, only pitching 36 1⁄3 innings since last Opening Day due to a broken bone that was then compounded by an oblique strain, losing nearly a third of the season and being placed in the bullpen afterwards makes the possibility of reaching that innings count close to impossible.

Tracking the Tropics: Isaias slightly strengthens as it crawls up east coast

Microsoft confirms talks seeking to buy US arm of TikTok