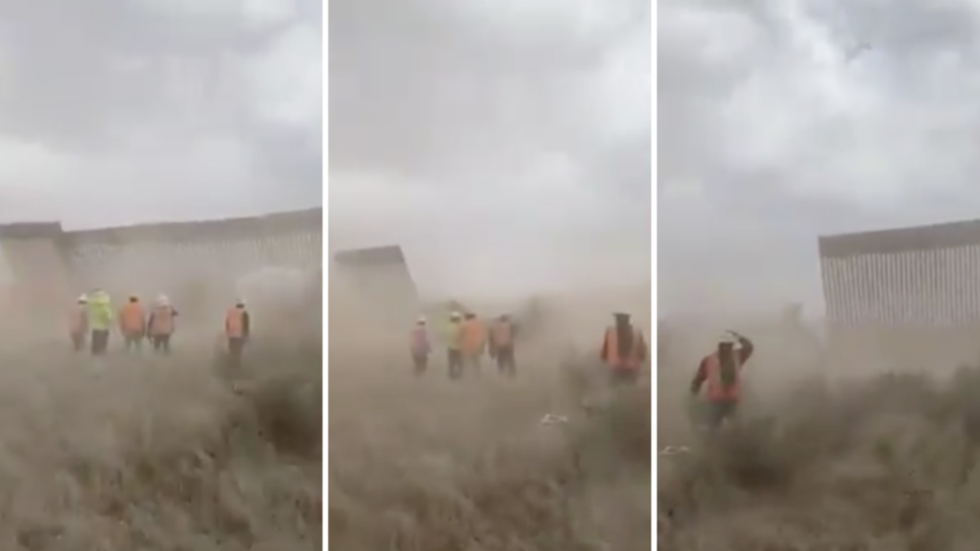 Just weeks after a wall built by Fisher Sand and Gravel of North Dakota, described as the 'Lamborghini of fences' by Jeff Fisher, already shows signs of falling down, another one falls to Hurricane Hanna a breezy day in June. Despite all this, the Trump administration has awarded $1.7bil in contracts to them.

Nice swamp you got there, Donnie.

A section of the US-Mexico border wall in South Texas has reportedly failed to withstand the power of nature, collapsing under the strong winds of Hurricane Hanna, and sending President Trump’s critics into overdrive.
“For the fury of nature, there are no borders,” wrote Yadith Valdez, who was among the first to share a viral video that allegedly shows a part of the border fence between the United States and Mexico going down.

The US President’s many critics rejoiced, seeing it as divine intervention and an omen of an imminent collapse of the Trump administration.

While it was not immediately clear where the video was recorded, earlier this month, a privately built section of the border wall in South Texas was criticised for being located too close to the Rio Grande river and already showing signs of erosion just months after going up.

How to download and install Raksha Bandhan WhatsApp stickers easily