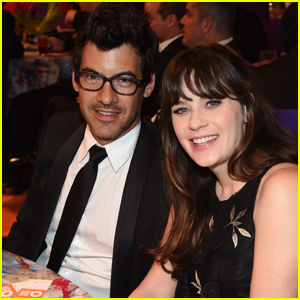 Zooey Deschanel has added her last name to her kids’ legal last names as part of her divorce settlement with Jacob Pechenik.

In documents obtained by The Blast, the 40-year-old actress and her ex-husband’s divorce settlement includes a provision to add “Deschanel” to four-year-old daughter Elsie and three-year-old son Charlie‘s legal names to make it easier when Zooey travels with them.

According to the divorce settlement, “The children’s last names shall always be Pechenik, and Deschanel shall be a middle name only and used only on documents. This is done to facilitate the joint custody that the parties are sharing and to alleviate any legal confusion when the mother is traveling with the children.”

Zooey and Jacob first split back in September 2019 after four years of marriage. Jacob officially filed for divorce in December.

Zooey has been dating Property Brothers star Jonathan Scott for the past several months. She recently threw him a Game of Thrones-inspired murder mystery party for his birthday!

Jada and Will Smith address relationship in ‘Table Talk’