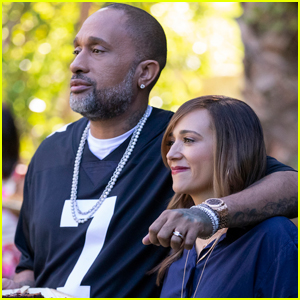 #blackAF is coming back for a second season!

The comedy from creator Kenya Barris, starring Kenya and Rashida Jones, has been picked up for a second season, Netflix announced on Tuesday (June 23).

Here’s the show’s synopsis: “Loosely inspired by Barris‘ irreverent, highly flawed, unbelievably honest approach to parenting, relationships, race, and culture, #blackAF flips the script on what we’ve come to expect a family comedy series to be.”

It continues, “Pulling back the curtain, #blackAF uncovers the messy, unfiltered and often hilarious world of what it means to be a ‘new money’ black family trying to get it right in a modern world where ‘right’ is no longer a fixed concept.”

#blackAF season one is available for streaming on Netflix now.

Check out all the shows Netflix has renewed in 2020 so far!

How eggs are eaten around the world