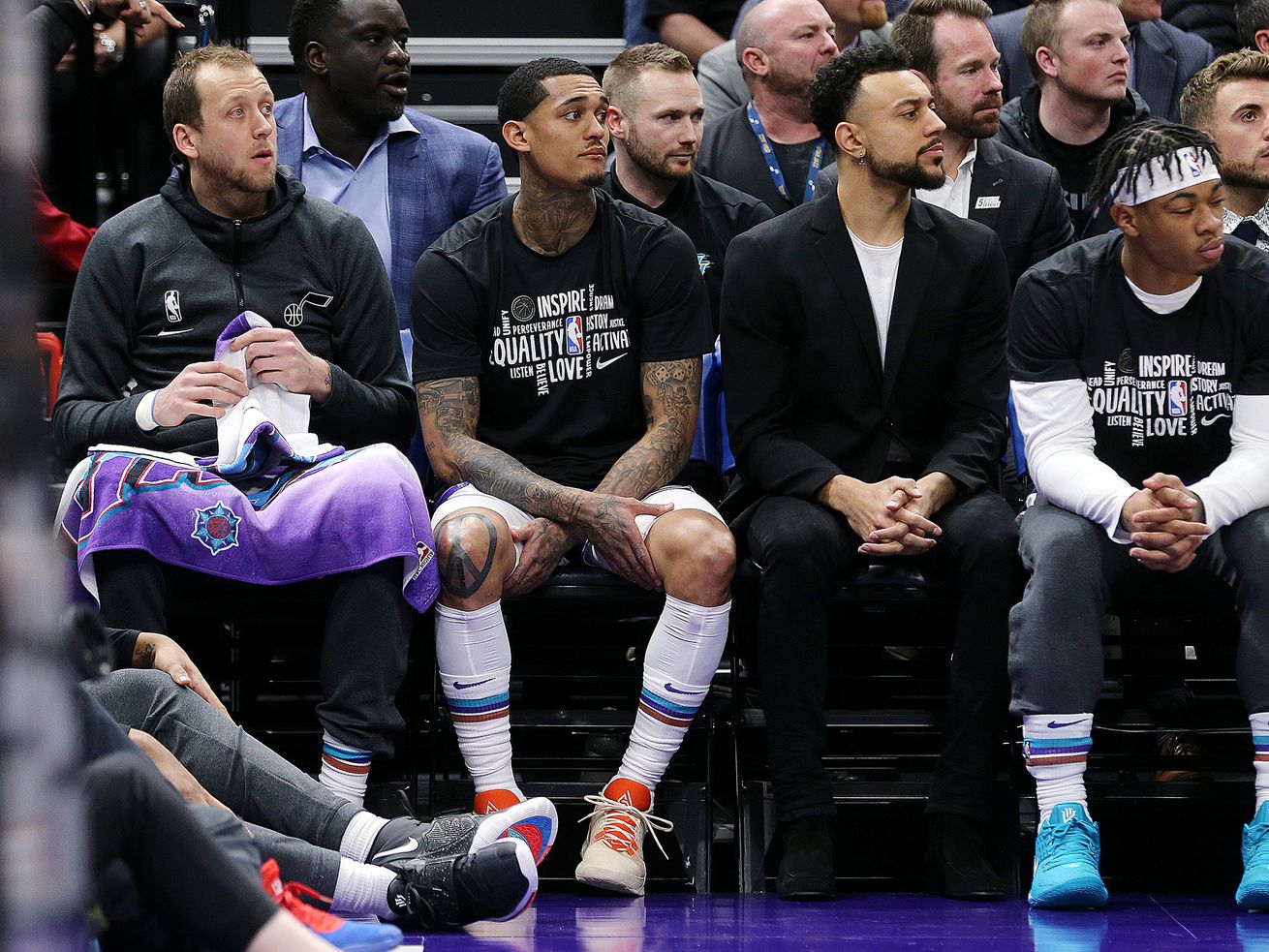 The Jazz, as well as the rest of the league started mandatory testing as a part of the NBA’s plan to restart the season. As results begin to roll in, there have already been reports of some players who have tested positive for COVID-19.

The NBA anticipated that there would be a number of positive tests once players reassembled in their home markets, which is why testing was set to officially begin on Tuesday, giving teams time to isolate and quarantine players before heading to Orlando in the second week of July.

Additionally, ESPN’s Adrian Wojnarowski reported that Denver Nuggets center Nikola Jokic tested positive for COVID-19 while in Serbia last week, delaying his ability to return to the U.S. and rejoin the team in Colorado.

The NBA is hoping that, like Jokic, players who test positive will largely be asymptomatic and can rejoin their team after an appropriate quarantine, followed by negative tests.

Players who remain concerned about the league’s plan to restart the 2019-20 season were supposed to inform their team by Wednesday if they chose not to take part in the season restart, but Wojnarowski reported Tuesday that the June 24 date was more of a soft target than an actual deadline.

Wednesday is turning out to be a soft target date for players to opt-out of Orlando – unless they want to enter process to be placed on excused/protected list to keep salary. Teams are largely treating July 1 as deadline, which is when rosters of eligible players are due to NBA.

“Teams are treating July 1 as (the) deadline,” Wojnarowski said on Twitter. “Which is when rosters of eligible players are due to (the) NBA.”

Mandatory COVID-19 testing for NBA players and staff comes as many states are seeing a significant rise in cases. Meanwhile, the NBA’s transaction window opened on Tuesday, allowing for teams to waive and sign players in anticipation for a return to play.

The Athletic’s Shams Charania reported that the Sacramento Kings are planning to sign free agent Corey Brewer, and the Houston Rockets have agreed to a deal with free agent David Nwaba. Charania also said multiple teams have shown interest in free agent DeMarcus Cousins, though he is leaning toward sitting out for the remainder of the 2019-20 season.

As the NBA’s plan to return moves forward, with initial COVID-19 testing being one of the first major steps in the league’s plan, Wojnarowski reported that the NBA and player’s union have agreed on an insurance plan that will be put in place for players who choose to return in Orlando.

NBA and NBPA have agreed to put into place an enhanced insurance plan for players in Orlando that would cover career-ending injuries related to Covid-19 or conventional basketball injuries, sources tell ESPN. Potential group policy would cover players for several million dollars.

The policy, as Wojnarowski reported, “would cover career-ending injuries related to COVID-19 or conventional basketball injuries.”

Jazz guard Donovan Mitchell was reportedly one of the players who spoke up during conference calls over the past few weeks bringing up concerns over injuries that could occur after such a long layoff.

Mitchell, who is eligible for a lucrative extension this offseason, is not the only player who has significant concerns about injury. Washington Wizards forward Davis Bertans has opted to sit out the resumed season as a preventative measure ahead of his own free agency, which should prove to be extremely lucrative.

As the NBA navigates the next couple of weeks — with test results coming in, players quarantining and teams trying to move forward in preparation to resume the season — the league will be able to remain flexible and change plans since no scheduling is set in stone.

Abolish Policing, Not Just the Police