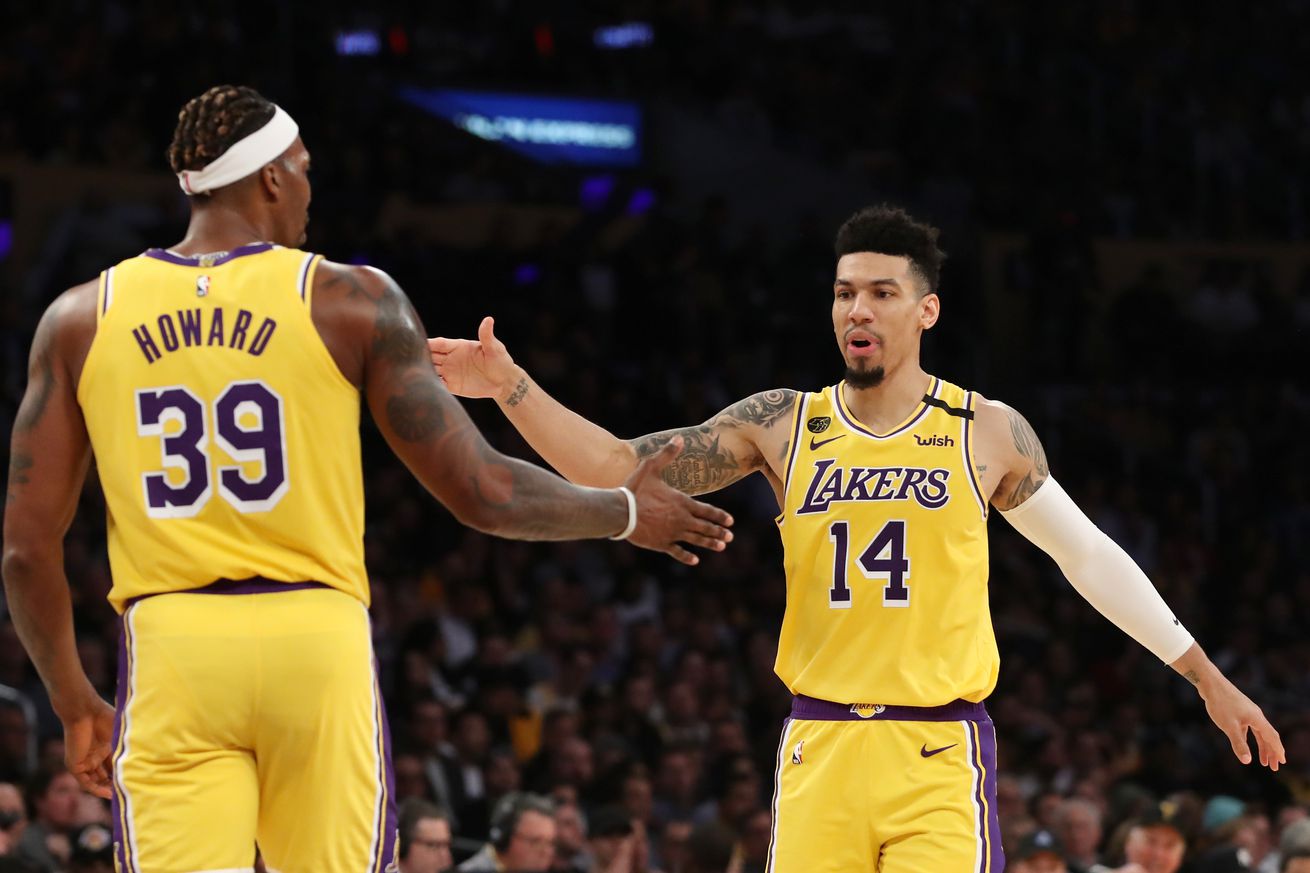 The always-informative Danny Green gave an update on his conversations with his Lakers teammate Dwight Howard on his newest podcast.

Originally, it looked like Danny Green and the rest of the Lakers would have to inform the NBA by Wednesday, June 24 about whether or not they would join their teams for the restarted 2019-20 season at Disney World.

Veteran guard Avery Bradley did so, letting the Lakers (and the world) that he would be opting out of the resumed campaign because he was worried about the health of his son (who has respiratory issues). But it seems that for those waiting on the decisions of the rest of the roster, we may have to wait a little longer:

Wednesday is turning out to be a soft target date for players to opt-out of Orlando – unless they want to enter process to be placed on excused/protected list to keep salary. Teams are largely treating July 1 as deadline, which is when rosters of eligible players are due to NBA.

Danny Green isn’t leaving any doubt, however. He said on his podcast, “Inside the Green Room” that he is planning to play, and expects most of the best team in the Western Conference to join him:

“I’m playing. I think everybody knows that I’m playing. It’s no secret out there. But the whole rest of our roster, we’re not sure everybody is going to be there. But if had to guess, I would say at least 90, 95 percent of us on our roster are going to play and going to go. There is a 5, 10 percent chance, we don’t know, that the other guys might not show up.”

For context, Green recorded this episode on Monday, before it was official that Bradley had opted out, but 90% of the Lakers’ 17-man roster (including their pair of two-way contracts) is 15.3 players. That’s obviously an impossible number, but speaks to Green’s confidence that most of the roster will play.

That doesn’t mean Bradley will be the only one sitting out, though. After Bradley, reserve center Dwight Howard has probably been the most outspoken about his feelings on the NBA restart, and it’s not clear if he’ll play or not. From what Green said on his podcast, it sounds like it’s possible, but not certain by any means (emphasis mine):

“I talked to a couple guys this week. Got a chance to talk to Dwight Howard, I talked to Avery Bradley earlier in the week... but I haven’t been able to get a hold of him as of late. So I don’t know where he’s at, but I talked to Dwight and there’s just some things that are bigger than basketball. You never know what’s going on with guys’ families.

“I said, ‘Obviously we need you man, we love you like a brother, you’re family. We want you to be a part of this. But regardless of what your decision is, we know it’s bigger than basketball and that there are things that are more important than actually doing this. So if you need to be with your family and stuff, we support it regardless.’ And he said ‘yeah, I’m all for it, I never said I wouldn’t play, but there’s just a lot going on.’ So he’s kind of making a decision. We have a few days left. I think he’ll be with us, and if not, once again, he’s still our brother, we still support him.

“Avery, like I said, I haven’t had a chance to get in touch with him recently. Hopefully I hear from him in the next day or so. But like I said, some things are bigger than basketball, and we have to understand that.”

You can watch the clip of just this part here:

By Wednesday, we’ll know which players declined to join the season resumption in Orlando. With a number of concerns, including social injustice, @DwightHoward & Avery Bradley might sit out. ⁣
⁣@DGreen_14 gives @HarrisonSanford his thoughts⁣ https://t.co/Sw79CzPVOi pic.twitter.com/MJSYtC9Tbm

For context, Howard has been dealing with the death of the mother of his six year old son over the past few months, but Green makes it sound like that’s not the only thing he is going through right now. So first of all, hopefully everything is all right with Howard’s family and friends, because that’s what’s most important, obviously.

However, because this is a basketball blog, we also have to at least acknowledge the basketball consequences of Howard deciding to sit out, if he were to (totally understandably) opt for that path.

The Lakers would be able to replace Howard on July 1, when teams finalize rosters and can get a replacement player for anyone (like Bradley) who is voluntarily sitting out. They would also be able to cut Howard now (he’s on a one-year deal) and add a player during the transaction window going on right now, but there is really no benefit to doing so. And who knows if Howard will make his decision in that timeframe anyway, in the light of the Woj report above. It sounds like former Lakers big man DeMarcus Cousins might be someone they could look at, but it’s not clear if he wants to come back this season (or if he’d be healthy enough to play a real role for the Lakers).

We’ll see what happens with Howard, but Green saying he thinks there is a decent chance Howard will play — especially in conjunction with the report that the team is confident he will — at least leaves some hope that the Lakers will have as close to an intact roster as possible heading into Orlando.

Or maybe Howard or someone unexpected will sit out after all. We’ll learn more over the weeks to come. Buckle up.

Twitter takes down photo posted by Trump after copyright claim

Temperatures warming after a cool start to July