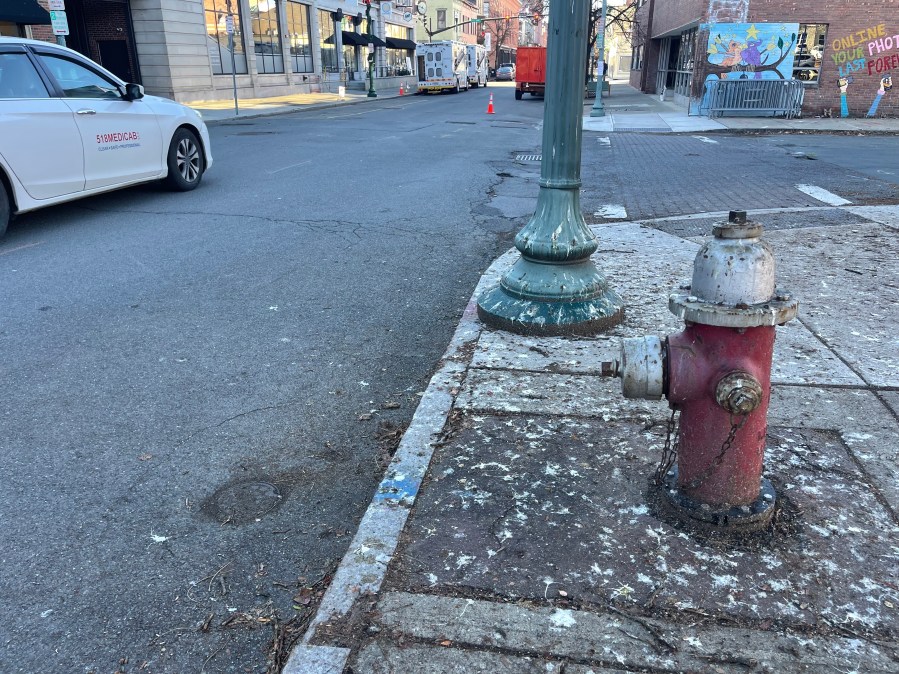 TROY, N.Y. (NEWS10) - If you've visited the Collar City lately, you've likely seen or heard large flocks of crows flying over the city. As the birds continue migrating into Troy for the winter, they've brought a number of issues, as city officials look to safely disperse them away from populated areas.

"Right now, we have an estimate between 10 and 11,000 and we have not hit peak season yet," Troy Mayor Patrick Madden said.

On top of noise generated by the large population of crows, what they leave behind is also causing headaches for some residents, including Gina Ryan-Kenney, "It’s annoying. There’s a tree right directly in front of my house, which is a couple blocks from here, and then they just poop all around. It’s just messy and unattractive."

Taking a stroll through downtown, you can see sidewalks, cars and buildings littered with droppings.

"The numbers are causing problems. There’s a lot of crow poop around, it damages paint on cars," Madden explained, adding the feces can also cause damage to flat roofs and poses health concerns.

To combat the issue, the city is working with the US Department of Agriculture in an effort to drive the birds away from densely populated areas. It's a move other communities, including Albany and Amsterdam, have also done locally.

Madden says the USDA uses a number of techniques to safely scare the birds, including loud noises, "You know, this is the most humane way we can strike that balance between wildlife and human life."

However, the move to disperse large concentrations of the bird has drawn some pushback from the public. Troy's Facebook post about the efforts has garnered hundreds of comments, with many disagreeing with the idea.

Madden says the city is working with environmental experts to ensure the crows are driven towards more wooded areas and away from surrounding communities like Green Island and Watervliet. To report a large concentration, you can email: crowlocations@troyny.gov.