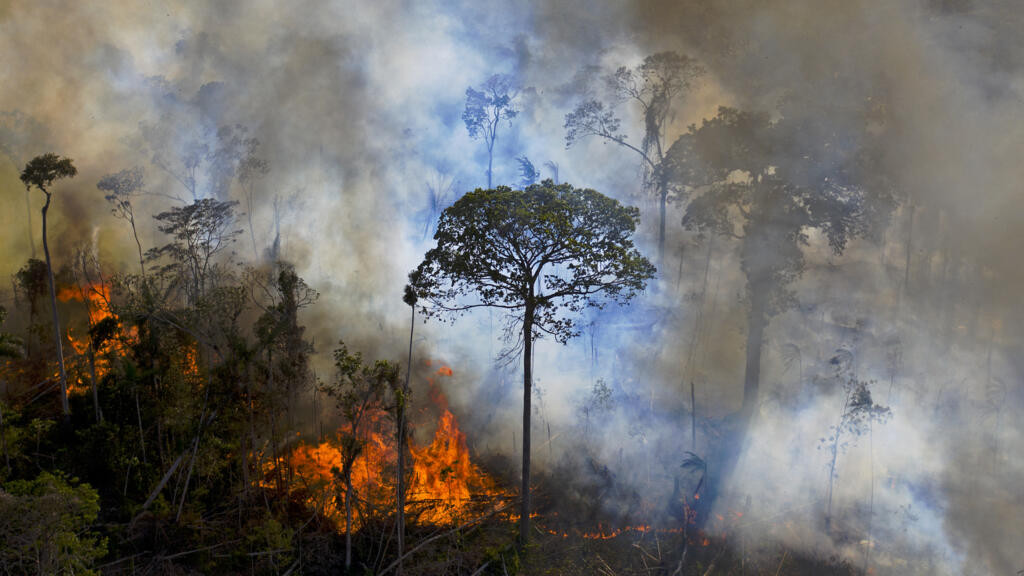 In the latest grim news on the world's biggest rainforest, satellite monitoring showed 11,568 square kilometers (4,466 square miles) of forest cover was destroyed in the Brazilian Amazon from August 2021 to July 2022, according to national space agency INPE's annual deforestation tracking program, PRODES. The figure was a decrease of 11.3 percent from the year before, when INPE detected 13,038 square kilometers of deforestation -- a 15-year high. But it closed out four years of what environmentalists call disastrous management of the Amazon under the far-right Bolsonaro, whose successor, veteran leftist Luiz Inacio Lula da Silva, has vowed to work toward zero deforestation when he takes office on January 1. Under agribusiness ally Bolsonaro, average annual deforestation rose by 59.5 percent from the previous four years, and by 75.5 percent from the previous decade, according to INPE figures. "The Bolsonaro government was a forest-destroying machine... The only good news is that it's about to end," said Marcio Astrini, executive secretary of the Climate Observatory, a coalition of environmental groups. "The devastation remains out of control. Jair Bolsonaro will hand his successor a filthy legacy of surging deforestation and an Amazon in flames," he said in a statement, urging ex-president Lula (2003-2010) -- who has faced criticism over his own environmental record -- to show "zero tolerance" for environmental crimes. Experts say the vast majority of the clear-cutting and fires erasing the Amazon is aimed at turning rainforest into farmland -- especially for cattle ranches in Brazil, the world's top beef exporter. Activists accuse Bolsonaro of gutting Brazil's environmental protection programs and encouraging the destruction with his pro-agribusiness and pro-mining policies. "The Amazon is getting closer and closer to a tipping point," Mariana Napolitano, science director at the World Wildlife Fund (WWF) Brazil office, said in a statement. "Significantly reducing deforestation... is imperative for humankind in the face of the twin climate and nature crises the world is facing."
Москва

Paul Rudd says it was 'so much harder' to get back into shape for 'Ant-Man and the Wasp: Quantumania' than the previous movie

'His Empire Was Built on Lies': Ex-Prosecutor Urges Manhattan DA to Charge Trump