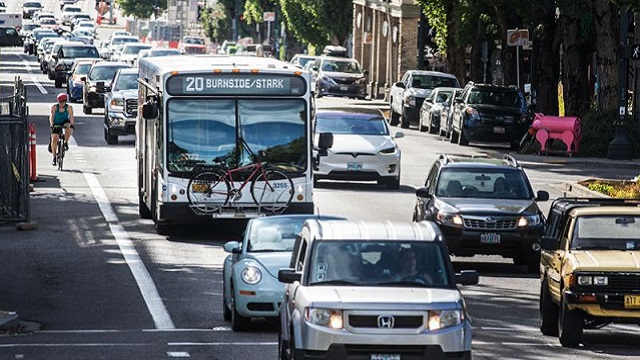 PORTLAND, Ore. (KOIN) -- The chance for people to tell the Oregon Department of Transportation what they think about the new tolls likely coming to the interstates around Portland is now open.

How much or where the toll sites will be is not known yet, and that's adding fuel for critics. But one group wants voters to approve new tolls-- because they say it's a form of a new tax.

Winter storm in Oregon could cause hazardous road conditions

ODOT says the money will improve congestion on I-5 out of Portland, partly by funding projects and partly by keeping people off of highways.

"We want good roads. We know good roads are expensive," said Dean Suhr, the co-author of Votes before Tolls.

Moving more people across the city is becoming more difficult. ODOT says Portland is 11th in the nation for congestion, and only more people are coming.

Congestion pricing will improve travel because it will mean fewer vehicles on the road during rush hour. It will also mean more revenue to fund critical projects which will further improve traffic flow in the region.

"The toll rates will be developed with the primary goal of reducing congestion while also keeping them as low as possible to reduce impacts to the community," said Zoie Wesenberg, ODOT's lead transportation planner.

Tolls are likely coming on I-5 and I-205 across the Portland-Metro region, the first is in Clackamas County to pay for replacing two bridges.

Clackamas County Commissioner Paul Savas says there are no transit options to get around the bridges, trapping people into paying the toll. For that toll and others, he believes it's likely people will divert from the interstate to local roads.

"We don't need to speculate about what diversion impacts are, we've been experiencing them for over 10 years as congestion gets worse and worse," Savas said. "This basically has a predatory nature to it."

Winter storm in Oregon could cause hazardous road conditions

While rates will not be decided until later next year, Suhr says any amount will affect lower-income families more.

"Ironically, it's the people with the most money that will be the least impacted by tolls right, because they'll just pay them," he said.

ODOT is looking into rebates or free rides for lower-income families. Meanwhile, Suhr says they should be able to vote on it.

"We think that by having a vote, ODOT is going to have to be very transparent, very straight-forward and very collaborative in how they go forward with tolling," he said.

With MSG's permit expiring, Adams says he wants arena to stay where it is