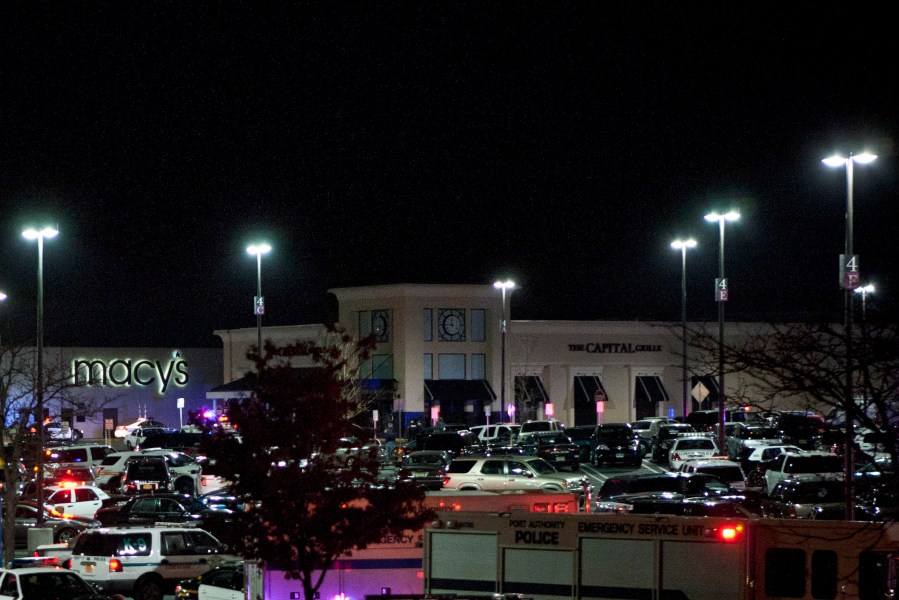 PARAMUS, N.J. (PIX11) — It has traditionally been the year's biggest shopping day. This Black Friday is no exception, but the retail holiday has taken on unique characteristics this season, thanks in no small part to higher inflation.

At Garden State Plaza, the shopping mall corridors were crowded, and friends Sanay Jhaveri and Praruj Sampat, who were each carrying multiple shopping bags, said that the congestion was good.

"The busyness of the mall also sort of attracted me," said Sampat. "I came here four months ago, and it was almost empty," he added. "Plus, the sales always help."

Sale amounts at GSP ranged from 30 to 70 percent off. Price cuts that deep resulted in shoppers like Bita Hourizadeh taking advantage of them in a big way.

"I got these leggings," she said, pointing to a pair of black ones in her shopping bag. She said that they regularly retail for $70. Her price: "Ten dollars," she said, with an ear-to-ear smile.

Another person pleased with the discount situation was somebody on the other end of the retail relationship. Mujahid Abdul-Hamid is the owner of 19B Showroom, a local chain of urban-style boutiques. At the GSP store on Black Friday, sales were brisk.

According to Abdul-Hamid, the day's discounts are an essential part of the larger retail calendar.

"Marking it down a little bit helps us push out the inventory a little quicker to get ready for the winter season and the fall season," he said in an interview in his store. "So, it's actually a help."
It may also be a help to shoppers, who can apparently really use the assistance.

According to a survey by the National Retail Federation, 60 percent of shoppers said that the economy would significantly impact their holiday plans. That's the highest percentage during the Great Recession since the 2008 - 2009 shopping season.

With inflation at 7.7 percent from last year to this one, buying power is not what it had been.
Still, a low national unemployment rate means that many people work and have long shopping lists.

The result, according to Carl Gould, business analyst and founder of 7 Stage Advisors, is that "We're going to be forced to spend less, or budget for the same amount of transactions."
In other words, he added, "People are gonna be busy looking for a deal."

That was evident all over the Garden State Plaza. Steven Kim, for instance, was sitting with his two children and a small pile of shopping bags while they waited for his wife to return from yet another store.

"I didn't want to carry this around, following her around," he said, pointing to the bags. .”So I let her do the shopping, bring it all together, and we go to the next store.”

He said that he and his family appreciate going to GSP for the mega deals but also search for bargains online.

Eagles’ Darius Slay angered all of Missouri by stating Kansas City is in Kansas, even though he’s right