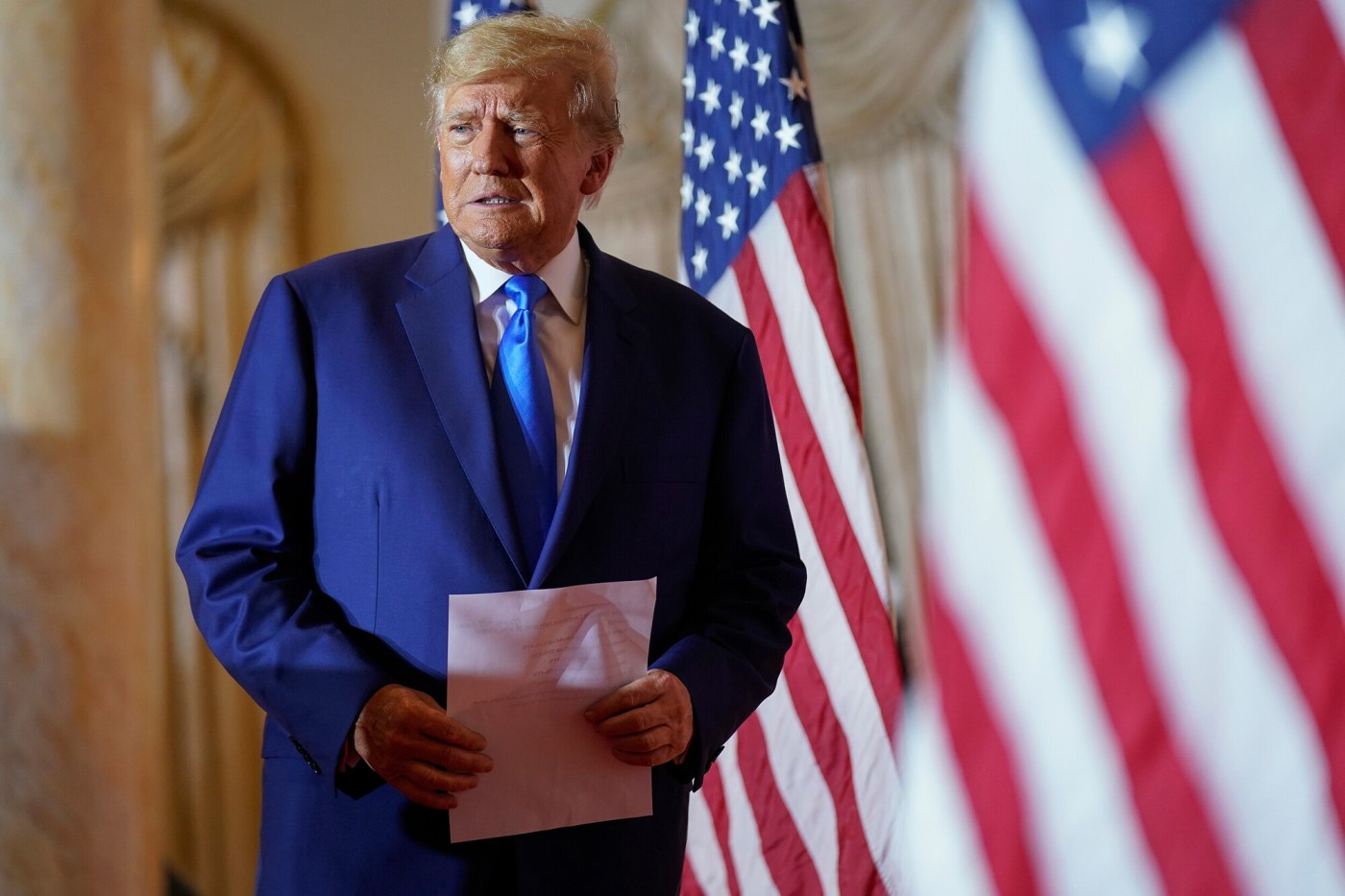 Former President Donald Trump hosted White nationalist and Holocaust denier Nick Fuentes and rapper Kanye West at his Mar-a-Lago estate this week, demonstrating his continued willingness to associate with figures who have well-publicized antisemitic views as he embarks on another White House run.

West, who has legally changed his name to Ye, posted a video Thursday on Twitter in which he claimed that Trump “is really impressed with Fuentes,” who has repeatedly made antisemitic and racist comments as chronicled by the Anti-Defamation League.

Fuentes, West said in the Twitter video, “is actually a loyalist” to Trump, unlike others who he said abandoned the former president after the 2020 election.

In a text message conversation tweeted by West on Thursday, he and Fuentes said they both met with the former president. A source confirmed to CNN Trump’s dinner with Fuentes and West, who became engulfed in controversy after repeating antisemitic conspiracy theories and making other offensive claims during an appearance on a podcast in October.

Trump acknowledged the dinner in a post on Truth Social Friday stating: “This past week, Kanye West called me to have dinner at Mar-a-Lago. Shortly thereafter, he unexpectedly showed up with three of his friends, whom I knew nothing about. We had dinner on Tuesday evening with many members present on the back patio. The dinner was quick and uneventful. They then left for the airport.”

West’s recent antisemitic remarks caused companies that he was affiliated with — including Adidas and Balenciaga — to sever their relationships with him. He has made numerous inflammatory statements over the years, including assertions that slavery was a “choice” and “racism is a dated concept.”

The Anti-Defamation League has identified Fuentes as a White supremacist and he has been banned from most major social media platforms for his White nationalist rhetoric. Fuentes was present on the grounds of the US Capitol on January 6, 2021, and he has promoted Trump’s unsubstantiated claims about fraud in the 2020 election. The House select committee investigating the events of January 6 issued a subpoena to Fuentes in January.

West tweeted late Tuesday night that he had kept Trump waiting during his first visit to Mar-a-Lago due to rain and traffic. And Right Wing Watch, a project of the left-leaning group People for the American Way, posted Tuesday footage of West and Fuentes walking through the Miami airport together. That footage was included in the video West posted on Twitter.

Powerful quake leaves at least 3,800 dead in Turkey and Syria

Trader's suicide: Administration to demolish buildings of 2 accused in Ballia

Ben Affleck Actually Appeared to Enjoy the Grammys in All of These Photos, Despite 'Miserable' Memes