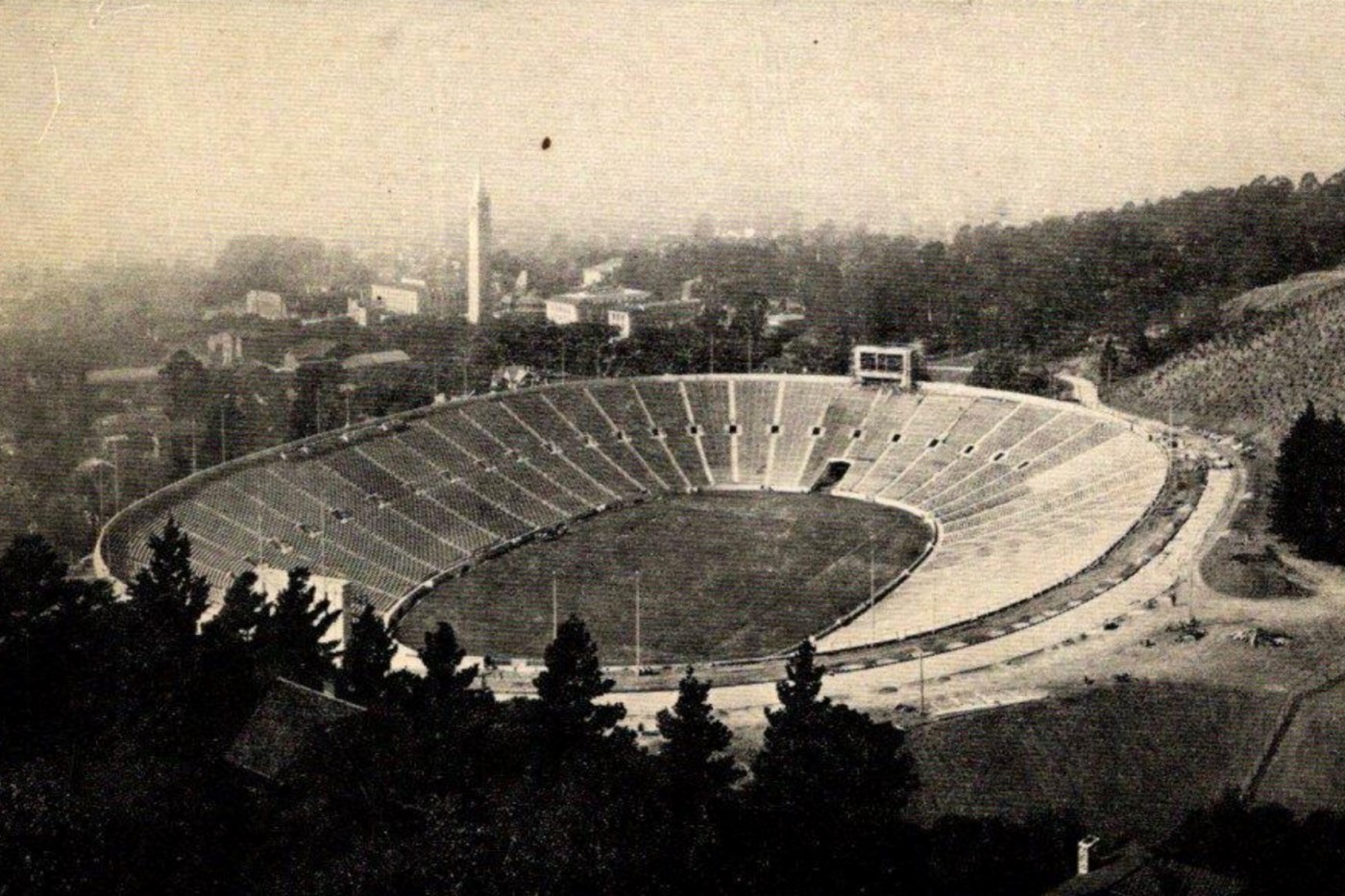 Cal plays Stanford in the Big Game this weekend at California Memorial Stadium. As has often happened in recent decades, the game has come down to pure rivalry, without any national — or even conference — significance.

Stanford is 3-7 overall going into the game and has just one win this season against a Pac-12 opponent. Cal’s record is also 3-7 overall, with just one win against six losses to conference opponents.

Even though this will be the 125th Big Game, there’s another almost overlooked anniversary that’s consequential. The day before the game — Friday, Nov. 18 — marks exactly 100 years since construction work began on California Memorial Stadium.

On Nov. 18, 1922, the Berkeley Daily Gazette carried a short article reporting that a “corps of workers and a group of surveyors and engineers began work this morning in the clearing of the site for the California Memorial Stadium at the foot of Strawberry Canyon. More than 20 men were at work at an early hour. Besides the clearing of the brush, six houses, recently purchased by the (University of California) regents, will be demolished.”

I’ve written in this column before about the stadium’s fraught origins. Earlier sites considered included a location in West Berkeley, as well as the then-residential neighborhood where Edwards Track Stadium now stands. The latter location was dropped because of the cost requirement of buying scores of built-up private properties in that neighborhood and also because of those property owners’ opposition to what they regarded as un-serious, low-ball, purchase offers from the university.

Ultimately, the present-day site was chosen on mostly UC-owned land, with $200,000 spent to purchase those six homes on the Piedmont Way perimeter. That site also came with its problems, though, and UC’s answers.

The Hayward Fault crossed below the site. Not a problem, university officials said — the concrete stadium would be engineered and built to withstand earthquakes. Neighbors (and some of those who would lose their homes) objected to the radical prospect of building a stadium at their doorsteps. You’re just NIMBY (Not In My Back Yard) homeowners, stadium supporters replied in 1920s terminology.

Those cherishing the dramatic natural character of the landscape, where Strawberry Creek flowed from its headwaters canyon into the lower campus through a series of small waterfalls and pools amid ancient live oaks and California bay trees, fought hard to save the site. University officials argued that their plans represented progress, and through the Gazette “declared the regents have made special provision to remove none of the great oak trees in the vicinity, the plans caring for the reservation of all such trees.”

Some UC faculty also questioned the legality and propriety of using a large piece of campus land, acquired by the state for educational purposes, for an intercollegiate sports coliseum. That argument was submerged by the enthusiasm of many students, alumni and Berkeley business community leaders.

The latter, in particular, “boosted” the stadium incessantly, seeing dollar signs in the arrival of additional tens of thousands of fans in Berkeley on several Saturdays each fall. The city raised concerns about game day parking, traffic, and public safety and emergency services. Those were either mitigated or set aside.

The end result was the arrival of that team of workers exactly a century ago on Friday to begin one of the most radical single alterations of Berkeley’s landscape and campus character and build a temple to football. That edifice would be sanctified a year later in November 1923, when one of coach Andy Smith’s nationally known “Wonder Teams” beat Stanford 24-17 in the first game at the new stadium to finish a 9-0 season.