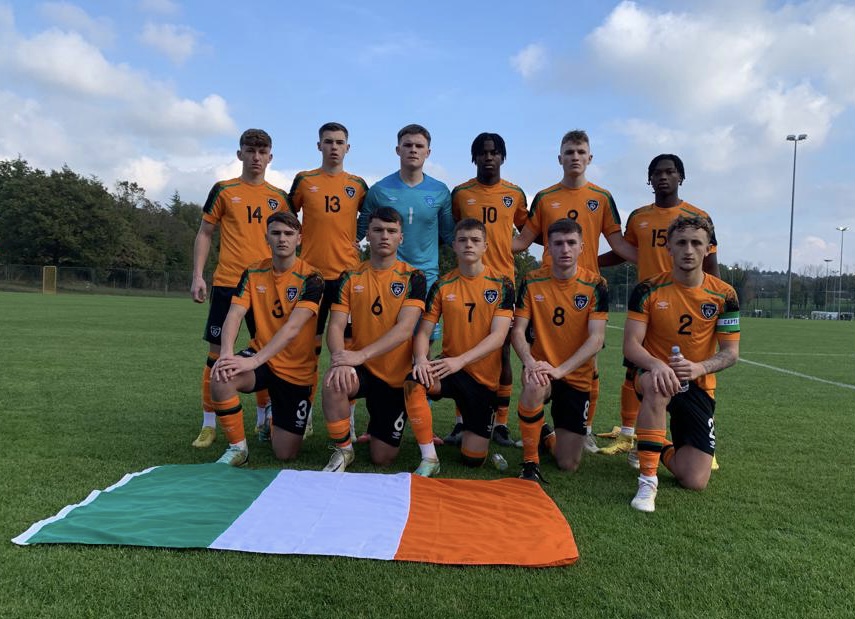 A brace from Cork City's Mark O’Mahony and a debut goal from Crystal Palace's Joseph Gibbard were enough to give Colin O’Brien’s team the win.

Ireland were ahead in the eighth minute when Franco Umeh was felled in the box and his club teammate, O’Mahony, stepped-up to score the resulting penalty.

Shortly after Sweden were level through Momodou Lamin Sonko but Ireland continued to push for their second goal with Umeh forcing Elis Bishesari into a save in the 26th minute. It was the last clear-cut chance of the half as both sides went in all square.

After the break Ireland flew out of the traps. Shamrock Rovers' Gideon Tetteh went close with an effort in the 46th minute but just two-minutes later Gibbard gave Ireland the lead when his strike from the edge of the box for a goal on his first game in an Irish jersey.

O’Mahony gave Ireland a two-goal lead in the 54th minute when his he was able to convert on the rebound following a save from Bishesari.

That sealed it as a contest with Ireland now heading into Friday’s game with Denmark full of confidence.

Ireland Category:
Under 18 Mens
Choose Site:
Ireland
Match Preview / Report:
Match Report
Introduction:
The Republic of Ireland Men’s Under-18s got off to the perfect start in their tournament in Croatia with a 3-1 win over Sweden in Poreč.

Ode to the French Baguette