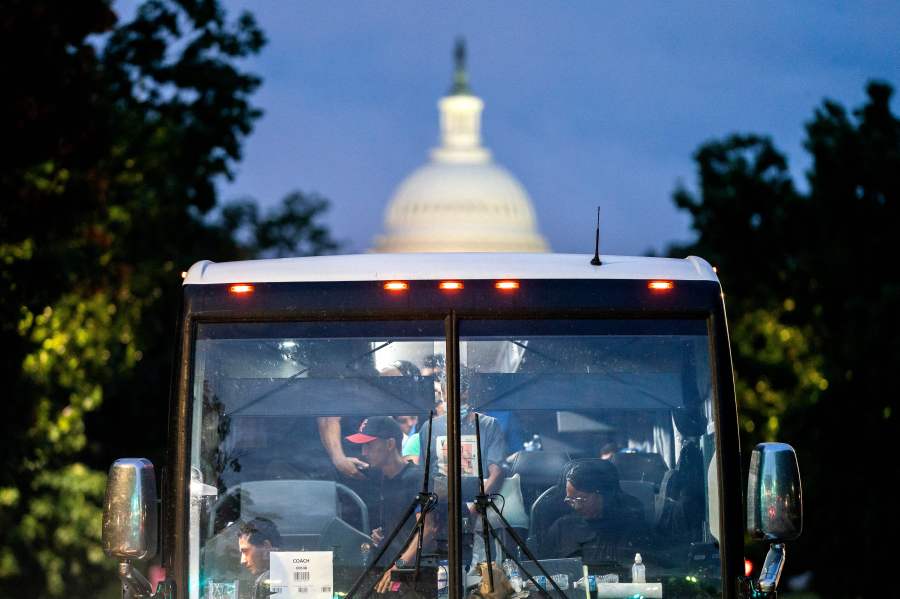 AUSTIN (KXAN) -- Groups of migrants are now being bused to Philadelphia from Texas, adding to the list of cities across the country where Gov. Greg Abbott is sending them.

Since April, Texas has bused thousands of migrants from the state to other cities, including Washington D.C., New York City, and Chicago. Gov. Abbott announced the first migrant group heading to Philadelphia departed on Tuesday.

Texas is giving migrants these consent forms before busing to NYC, Washington DC

The release also stated that Texas will continue sending migrant groups out of the state until the Biden administration "provides Texans and the American people with sustainable border security."

The migrants will be dropped off at William H. Gray III 30th Street Station Wednesday morning.

Philadelphia Mayor Jim Kenney has long-celebrated and fought for sanctuary city status, according to Abbott, making the city an ideal addition to Texas' list of drop-off locations.

Since the beginning of the busing strategy in the spring, thousands of migrants have been transported to these sanctuary cities.

Immigration experts previously told KXAN once immigrants in the U.S. are processed by the federal government, migrants can stay in America while they wait for a court date to further decide their immigration status.

One dead after head-on crash with semi-truck near Chillicothe

Mike Preston: ESPN Films’ ‘30 for 30’ ‘Bullies of Baltimore’ encapsulated 2000 Ravens, but here’s what they missed | COMMENTARY