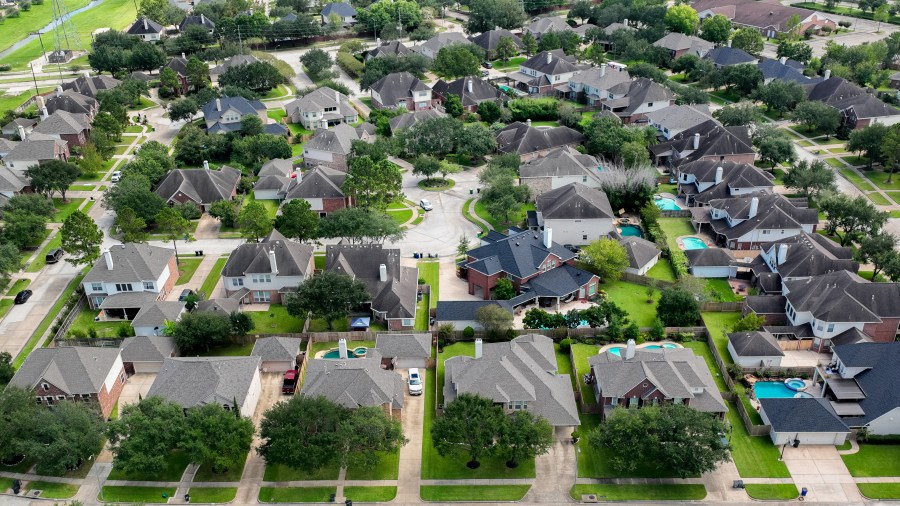 The world's population hit 8 billion Tuesday, according to estimates by the United Nations.

Texas made up around 9% of the total U.S. population in the 2020 census with around 29.5 million people, second to only California, and projections from the Texas Demographic Center show continued steady growth over the next few decades.

The center has two projections, depending on the rate of migration. If migration continues at the same rate seen from 2010 to 2020, Texas will surpass 40 million residents by 2049, and reach around 44.4 million in 2060.

When using those numbers, 10 counties are projected to have 1 million residents by 2060.

Harris County, home to Houston, will remain the most populous county by far, followed by Dallas, Bexar, Tarrant, Travis and Collin counties, all of which already have more than 1 million residents.

Denton County's population is projected to hit 1 million in 2027, followed by Fort Bend County in 2035, Hidalgo County in 2041 and Williamson County in 2058.

If the higher migration rates continue, Montgomery and Hays counties could also have more than 1 million residents by 2060.

Sixteen other counties are projected to have population growth above 50% in the slower migration rate scenario, including Comal, Kaufman, Williamson, Fort Bend, Montgomery, Denton and Collin counties.

Meanwhile, 142 counties are projected to see population loss in this scenario, most notably Jeff Davis County, which could see its population decline by 65%.

In terms of raw numbers, Wichita County stands to lose the most people, with a population decline of more than 9,300 between 2020 and 2060.

Projections in the KXAN viewing area

As of the 2020 census, the population of the 15-county KXAN viewing area was just under 2.5 million.

When using the slower migration scenario, the Austin metro counties — Bastrop, Caldwell, Hays, Travis and Williamson — are expected to add 1.2 million residents by 2060.

Meanwhile, most other counties in the region are projected to lose population, most notably San Saba County, which could see its population decline by 17% by 2060.

Brighton dump holders Liverpool out of the FA Cup

The Last of Us’ Second Season May Be A Two-Parter

Today24.pro
How to Fall Asleep in 60 Seconds (OR LESS) Dumb Things In Marvel's Phase 4 That Didn't Make Any Sense What has happened this MLB offseason? A look at all the moves made in the AL and NL Central. 10+ Outdoor Survival Skills & Bushcraft Tips