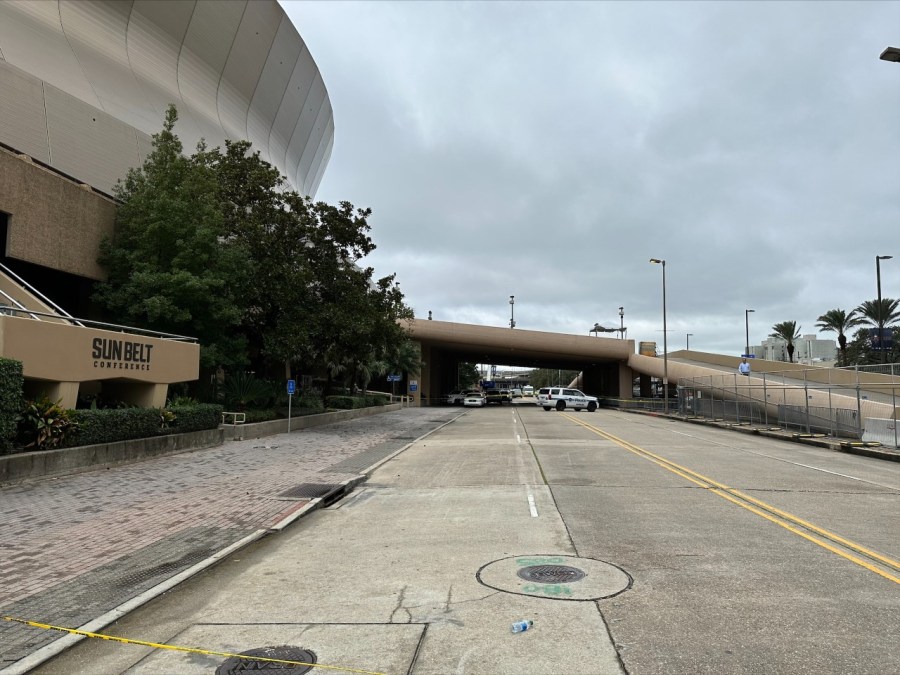 NEW ORLEANS (WGNO) — An officer with the New Orleans Police Department has been placed on administrative leave after shooting a suspect near the Caesars Superdome on Tuesday (Nov. 15) morning.

We're told the shooting happened around 7 a.m. Tuesday when police say the suspect was "occupying space" near the front entrance of the Superdome. Detectives do not believe the suspect was not trying to get inside the building.

However, the NOPD says it was when the suspect was approached by officers that he pulled out a knife and pointed it at one of the responding officers.

It was not disclosed how many shots were fired, but we do know that only one officer used his gun to shoot the man in the arm at least once. Neither the name of the suspect nor the officer was released in the early announcement of the shooting.

"Our independent monitoring team, as well as our federal monitors, are on the scene reviewing this thing," NOPD Chief Deputy Superintendent Chris Goodly said in a press conference. "Our force investigation team, through the Public Integrity Bureau, is leading the investigation."

Detectives say the investigation is still in its early stages, which will include a review of the officer's body cam footage. The video is expected to be released within the next 10 days.

'An unambiguous felony': Trump at risk in IRS audit probe

Today24.pro
Crypto Lender Matrixport Raises Valuation to $1.5B Despite FTX Collapse I'm convinced Facebook Marketplace is Meta's best feature after I furnished my new apartment with used furniture Goldman issues stock market warning ‘How many Uber drivers does it take to pick up a disabled person?’: Disabled person says 3 Uber drivers canceled on them because of their service dog