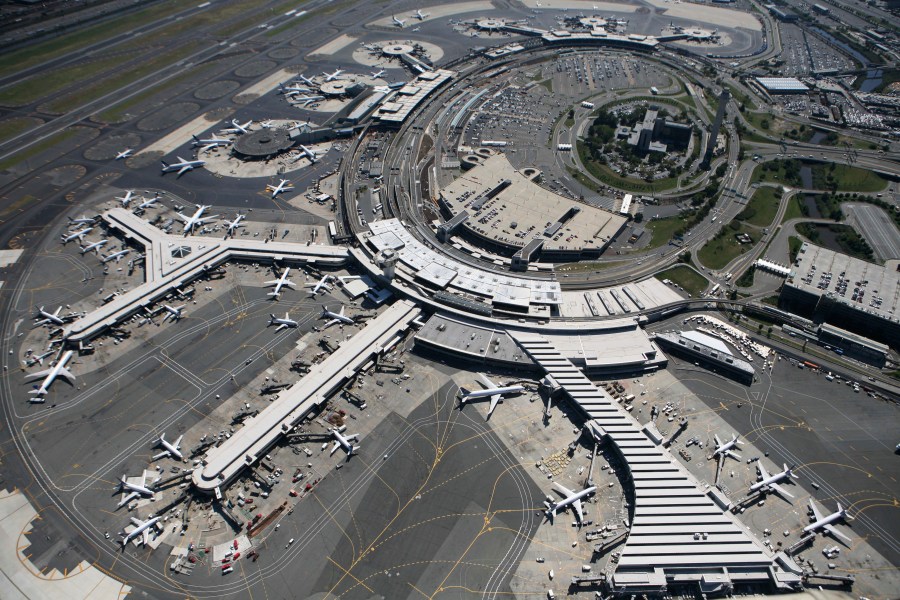 NEWARK, N.J. (PIX11) - The new Terminal A at Newark Liberty International Airport is prepared for takeoff.

The $2.7 billion terminal is expected to serve more than 13 million travelers annually. United, JetBlue, Air Canada and American Airlines will call the terminal home, with Delta expected to join next year. The Port Authority said Terminal A would open to passengers on Dec. 8.

"I can not think of a better place to say to millions of passengers every single year, 'Welcome to New Jersey,'" Gov. Phil Murphy said.

Airports aren't generally exciting places to be, especially for weary travelers. But wide-open spaces meld in with the Jersey attitude, with not-so-subtle nods to the Garden State nearly everywhere you look. There's seating with power outlets and USB ports, and you can eat local delicacies when you're hungry.

And here are something flyers will want to hear: new, state-of-the-art security machines with CT imaging will cut down on false alarms and get you to the gate faster.

"We're not just talking about creating a world-class airport," said Rick Cotton, the Port Authority executive director. "As you can see for yourself, we're getting it done."

Passengers will also be able to enjoy physical and digital art from the hands of local artists, a vast expression of New Jersey's culture, past and future.

EWR's current Terminal A opened in 1973.

PKR plunges by Rs7.17 in interbank