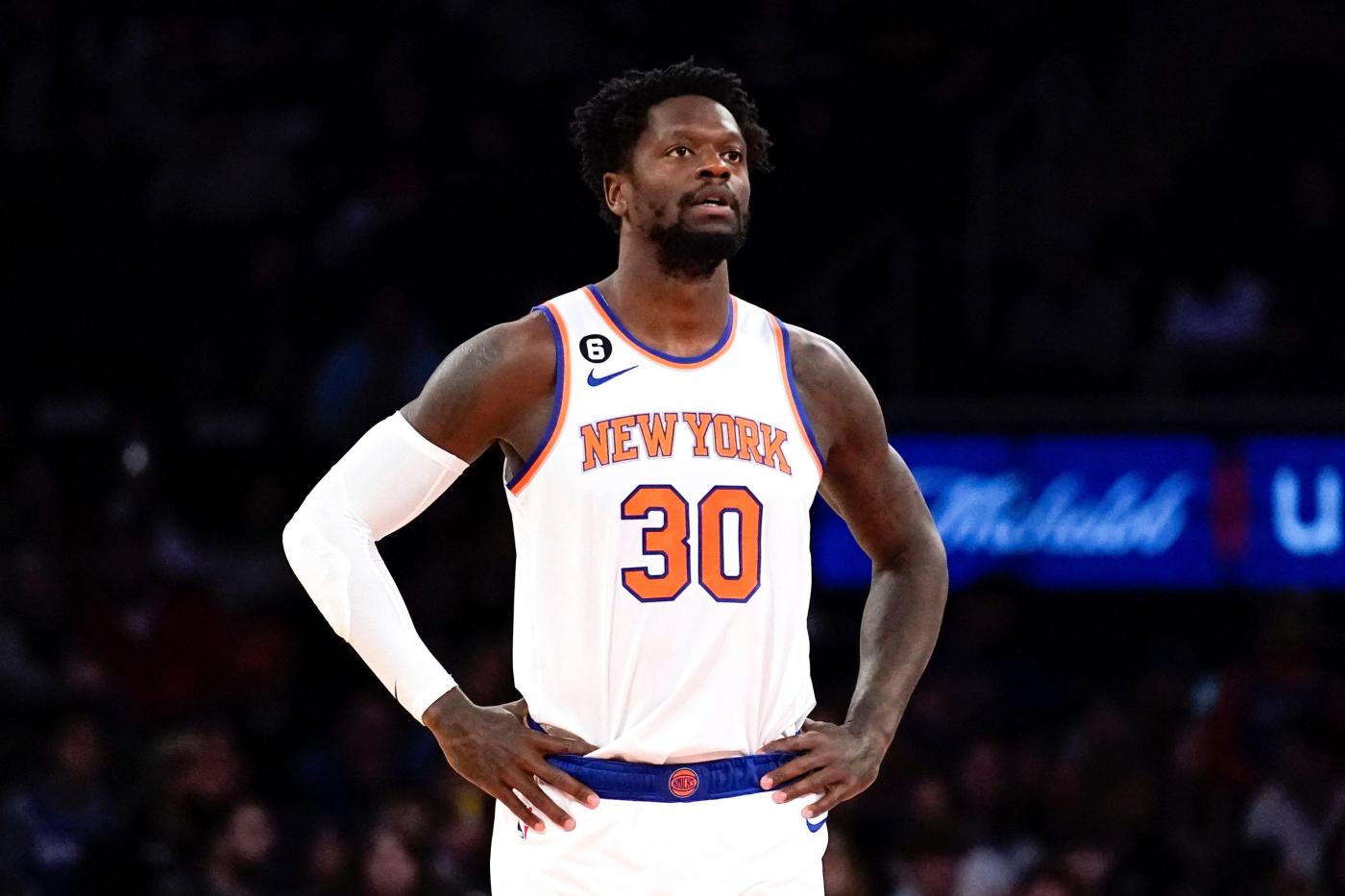 We’ve reached the players-only meeting portion of the Knicks’ struggles.

Julius Randle organized a team dinner Monday night in Utah to bond and discuss issues, with the backdrop of recent ugly defeats and coach Tom Thibodeau on the hot seat.

“Just about how we got to step up, knowing our role, and basically lock into everything that coach is telling us,” Obi Toppin told reporters before Tuesday’s game against the Jazz. “It’s a team bonding thing.”

“Just trying to hold each other accountable,” RJ Barrett added. “Trying to get this going because we want to win.”

Players-only meetings or dinners have long served as last-ditch efforts to stem downward spirals, with mixed results. If success follows, they’re lauded as turning points. If there’s no change, the meeting is forgotten and never again mentioned. The Nets already had a players-only meeting this season when they were 1-5. Two days later, Steve Nash was fired.

We’ll have to wait to see how Monday’s supper is remembered.

At the very least, it demonstrates the Knicks players care enough to attempt. Their commitment this season had been called into question.

On Sunday, the Knicks allowed 145 points in a defeat to the Thunder, the most the franchise gave up in regulation since 1979. It underscored a repeated issue of the Knicks’ lazy defense, which ranked in the bottom-7 in efficiency and points allowed before Thursday.

Although the Knicks have been hovering around .500 for the last few weeks — a record that seems appropriate given their talent — the vibe around the team is increasingly negative. Beyond the defensive woes and the dourly repetitive postgame interviews, a sense of hopelessness is attached to losing faith that Jalen Brunson’s acquisition will reverse last season’s course.

Brunson was Leon Rose’s best sell after signing the longtime family friend to over $100 million in the summer.

The team president’s simplest next sell is a coaching change because it’s easy to execute. Thibodeau, who has already lasted longer than the five previous Knicks coaches, sits in the position of potential fall guy.

“His body of work speaks for itself. He knows what he’s doing,” Barrett, defending Thibodeau, told reporters. “I didn’t even know he was [being blamed]. I don’t know. That’s what you do. You win a game, we’re superheroes. You lose, everything sucks. Really just got to take the good with the bad.”

Leadership and accountability, especially as it pertains to Randle, have been sore spots. The power forward became volatile during games last season and gestured a thumbs-down to Knicks fans that he acknowledged meant, “Shut the f—k up.”

He’s been better at controlling negative outward emotions this season, and organizing a team dinner can only be viewed as positive. Still, Randle’s defense is inferior to last season with a team-worst 117.7 rating before Tuesday.

There were a lot of issues to discuss at the table.

“It was good to have a team dinner like that,” Barrett told reporters. “Try to figure this out the best that we can. We all care, trying to get this going on the right track.”