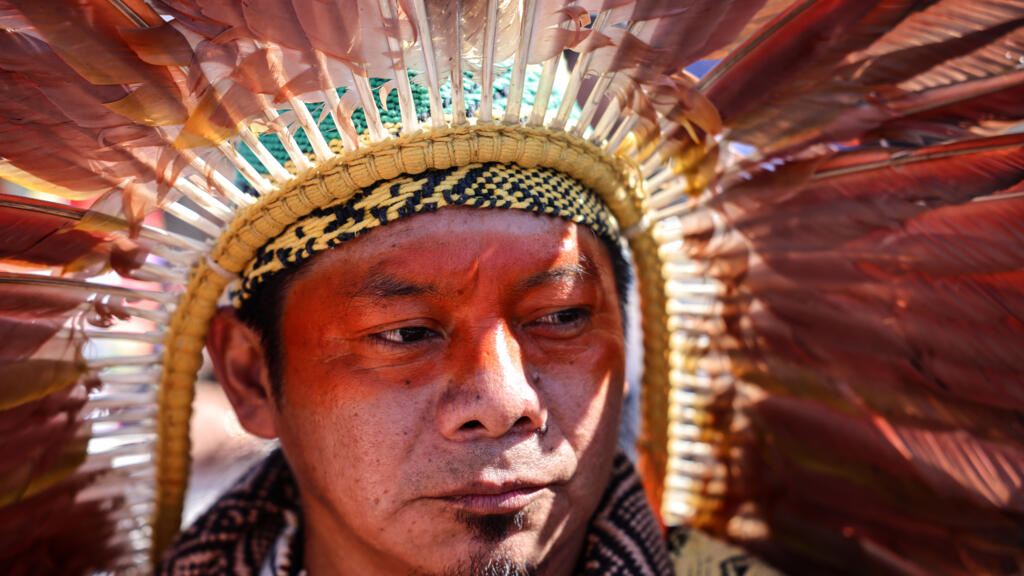 As Indigenous "communities are not the focus of discussions" at the UN climate summit in Egypt, Ninawa Huni Kui said it was important for him to visually represent his constituency as president of the Federation of Huni Kui Peoples in Brazil's Amazon basin. "We don't have much hope for what is happening at COP27," he told AFP at the Red Sea resort of Sharm el-Sheikh, frustrated by his lack of access to the decision-making process at the conference. The Amazon basin, which stretches over 7.4 million square kilometres (2.9 million square miles), covers nearly 40 percent of South America and takes in nine countries, with around 34 million -- mostly Indigenous people -- living across this area. The world's biggest rainforest, which until recently has helped soak up humanity's soaring carbon emissions, is now strained to the point of starting to release more carbon than it absorbs, rendering the recent elections in Brazil a key climate issue. Incoming president Luiz Inacio Lula da Silva, who arrived at COP27 on Tuesday with the world's eyes on him, has pledged to "fight for zero deforestation". Between negotiation halls and in a designated protest space outside that has remained largely empty, small-scale demonstrations have demanded climate justice, including more urgent action to protect the Amazon. "This COP is more restrictive than any previous one," Ninawa said. "In other countries we could demonstrate in the street, rally more people as we went. But here we can only demonstrate inside the Blue Zone." Stroking the sacred feathers on his head -- instantly striking through a crowd of delegates in suits and activists in T-shirts -- Ninawa said he wore them "because I am a chief, but also because the birds that gave us these feathers protect us". "I am here to represent the voice of the forest and its living creatures," he added. "This is my community's traditional clothing. Every item here represents a spirit of the forest speaking to us." Fight for rights Gloria Ushigua, a celebrated activist in her native Ecuador, told AFP she sought to "force COP27 participants to respect Indigenous peoples". A long orange feather emerged from her painted headpiece, above a cascading string of flowers. While defending the rights of the Sapara people and their segment of the Amazon against oil interests -- for which she has faced death threats -- Ushigua wore her traditional lanchama dress, because these are the clothes she "grew up in." Ushigua said she came to Sharm al-Sheikh with the same clothes she wore to "defend her culture and her people" against drilling and deforestation projects. Juan Calvin, representing the Mapuche people from Patagonia in southern Chile, said "governments cannot make decisions without our agreement." The traditional white hat he dons with colourful embroidery is one more way for him to advocate for "Indigenous people's identities and their rights to land and resources". The hat, symbolising his people's "relationship with the earth, water and fire", is a reminder of "our ancestors, who fought to preserve our identity", he told AFP. But traditional clothes also "remind the men and women of today's society of what they're really connected to", which he said is key "to raising awareness about climate change".
Сергей Собянин