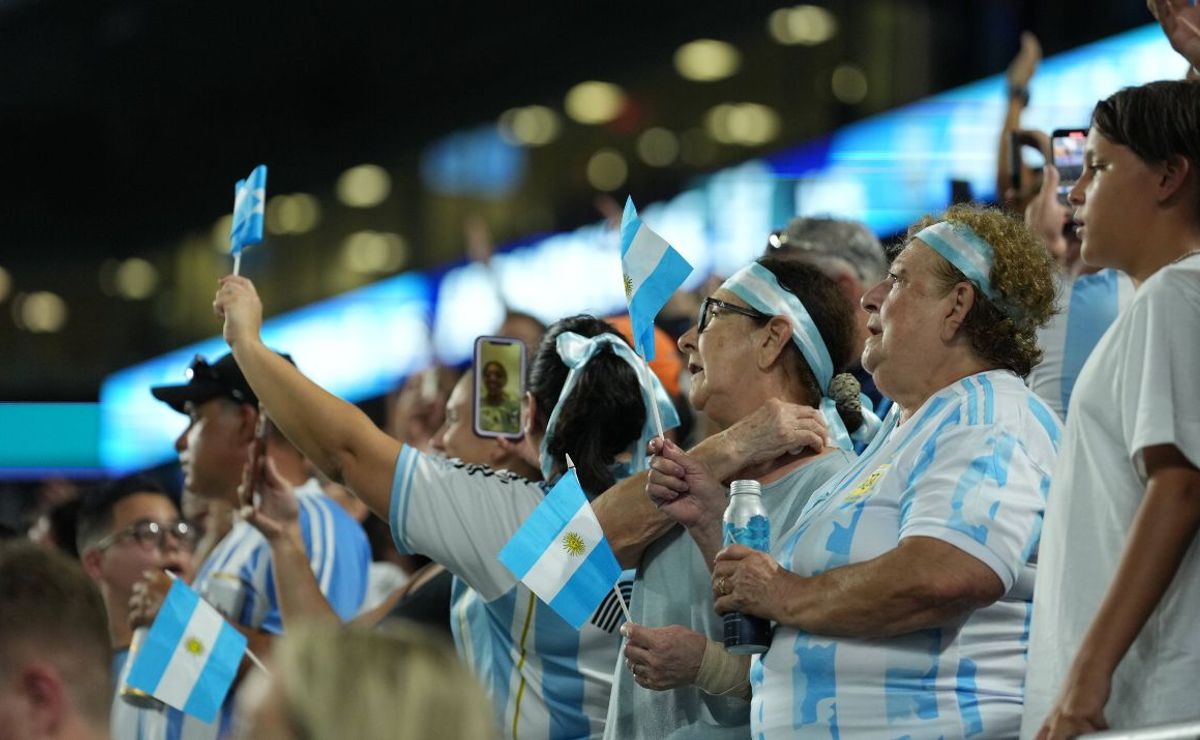 Argentina is dreaming of reclaiming the World Cup trophy for the third time in their great history. The weight of the world rests upon Lionel Messi’s shoulders to deliver success for the Argentina National Team. Even for the greatest player in football history, the burden is great to hold. Over the past ten years, players […]

Argentina is dreaming of reclaiming the World Cup trophy for the third time in their great history.

The weight of the world rests upon Lionel Messi’s shoulders to deliver success for the Argentina National Team. Even for the greatest player in football history, the burden is great to hold. Over the past ten years, players of La Seleccion have felt anguish and despair after numerous failures on the world’s biggest stages.

Last summer Messi and all of Argentina felt the long-awaited feeling of glory and accomplishment after winning the 2021 Copa América. It was a beautiful scene. At the final whistle, the entire team swarmed Messi in jubilation.

Argentina has been on an incredible 35-game unbeaten streak since the 2019 Copa America 3rd place finish. They finished second in the Conmebol World Cup Qualifying with an 11-6-0 record.

It’s fascinating looking back at the journey of La Albiceleste. They have come from being a team lost of direction, a revolving door of failing managers, and a retiring Messi, to now the team with arguably the best spirit and togetherness of any team entering the World Cup.

Undoubtedly, Luis Scolani deserves a ton of credit for transforming the team since he took charge in 2018. Messi now finds himself with warriors alongside him. They help to shoulder the burden of Maradona’s lingering shadow and the great Argentine teams of yesteryear.

Argentina is an interesting blend of individual players because they are a team in many respects without many big names, but also with the biggest superstar in football history sprinkled on top.

Argentina landed in Group C including the likes of Saudi Arabia (51st ranked by FIFA), Mexico (13), and Poland (26). It is not an easy group by any means, but one you’d expect Argentina to top. There are many great nations in the World Cup that Argentina will have to defeat to reach their dreams.

When you look at the team sheets of other nations, it is a daunting sight from an Argentine perspective. There are other countries with many more top-producing European club players in the Premier League, La Liga, and Champions League than Argentina has in their squad.

The question will be, can Argentina’s collective unit and team spirit paired with the individual brilliance of Lionel Messi overcome the cumulative individual talent of the top nations such as France, Brazil, and Belgium?

It will be a huge challenge, but if Argentina continues to play at their unbeaten streak level, they can beat anyone. They have the opportunity of a fairy tale ending to the career of the little genius, Lionel Messi.

Here are some resources to help you get the most out of the biggest event in soccer!
TV Schedule: All the info on where and when to watch every game
The Groups: We breakdown each group and all the teams
The Kits: Check out what every team will be wearing on the field this fall
Predictor: Play out every scenario with our World Cup Predictor
World Cup Bracket: Map out the entire tournament, from the groups to the final
World Cup Hub: Your one stop for everything Qatar 2022
Москва