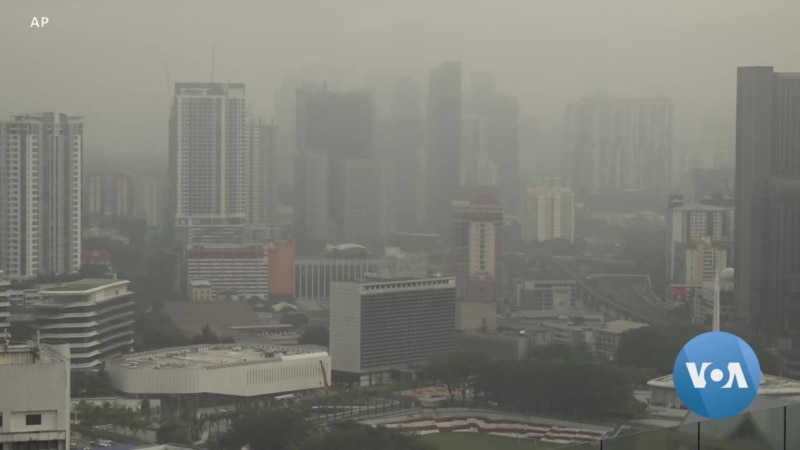 While nibbling on pork noodle soup at a food court, undecided voter Patricia Wong, 33, scrolled through her smartphone looking for updates on the election campaigns.  "I haven't decided who I'm voting for yet," Wong said. "There's a lot for me to consider and there are lots of stories to read about the election as well as the candidates."  Malaysia's general election is November 19 and from political rallies to street-by-street campaigning to coffeeshop conversations, the candidates are making their pitches to the public in what is a very tight race for control of parliament.  "We've had regular elections for more than 60-years now in Malaysia and I think it's never been as competitive as this particular election," said Ibrahim Suffian, programs director at the Malaysia-based Merdeka Center for Opinion Research. "Competitive in the sense that there are three large coalitions competing and at the same time there's a great deal of uncertainty in terms of how the vote is going to go."  Recent polling by the Merdeka Center shows a very strong likelihood that Election Day will not bring any of these three coalitions the majority of seats in parliament.  "The immediate aftermath of that is that these coalitions will start horse-trading, talking to each other and trying to form a [government]," says Heikal Rosnan of the Bower Group Asia political consultancy.  The three major coalitions all have populist policies that tend to favor lower income groups according to Suffian, but he points out there are differences in terms of the image each coalition portrays.  "The oldest [coalition] — Barisan Nasional or National Front — takes on a conservative nationalistic ideology supporting the ... Indigenous Malay population agenda," Suffian said. "The second coalition is Perikatan Nasional or National Alliance. This is a newly formed coalition that has as its core party a splinter party from Barisan Nasional and also the Malaysian Islamic Party." He describes the traditional opposition coalition, known as Pakatan Harapan, as "slightly left of center, multiracial in its outlook so not favoring any particular community but strongly supported by the minorities in Malaysia."  In 2018, an opposition alliance won the general election for the first time since Malaysia gained independence from Britain in 1957, but two years later that alliance collapsed due to infighting and defections.   The country has had four prime ministers during the past five years.   One of them, Najib Razak, who left office in 2018, is serving a 12-year sentence after losing his final appeal following a 2020 conviction on charges connected to a multibillion-dollar corruption scandal.   And the country is currently struggling with inflation as it tries to rebuild a pandemic-battered economy. Suffian says all of this is weighing on voters' minds.  "The most important thing on the minds of voters is basically cost of living issues, because wages haven't grown," Suffian said. "The second issue is governance, the issue of corruption and the issue of government transparency. The third area is political uncertainty in the context of who's going to run the country, who's going to supply the leadership of this country."  With the election so closely contested, political analyst Bridget Welsh, who has been traveling across Malaysia listening to voters, says these last few days are crucial.  "This is the time when vote buying happens, especially in the last few days of the campaign," Welsh said, adding that the laws against it are not well enforced. "The second factor is the campaigns really ratchet up their messages on identity politics, trying to evoke emotions—and emotions are really important in Malaysia, because love, hate, anger, fear, these are issues that galvanize [voters]."  Malaysia is entering monsoon season and there has already been flooding in parts of the country. Suffian of the Merdeka Center says if there are widespread floods around the time of the election, it could significantly impede voter-turnout which could affect the election results.  "If voter turnout is low it tends to benefit the ruling party, Barisan Nasional. The reason is because Barisan Nasional has a very large base of supporters who will come out to vote no matter what happens," Suffian said. "But if voter turnout is high, then the impact of the base of supporters is going to be diluted in a wider participated election. So, opposition parties will benefit more in a higher turnout election."

Today24.pro
Five ways struggling families can get free cash to help pay for food this Christmas In the age of megachurches, communion has become a big business The Darkest Secret and Tragedy of Edwin Valero Man repeatedly punched Columbia protester, knocking her out: NYPD