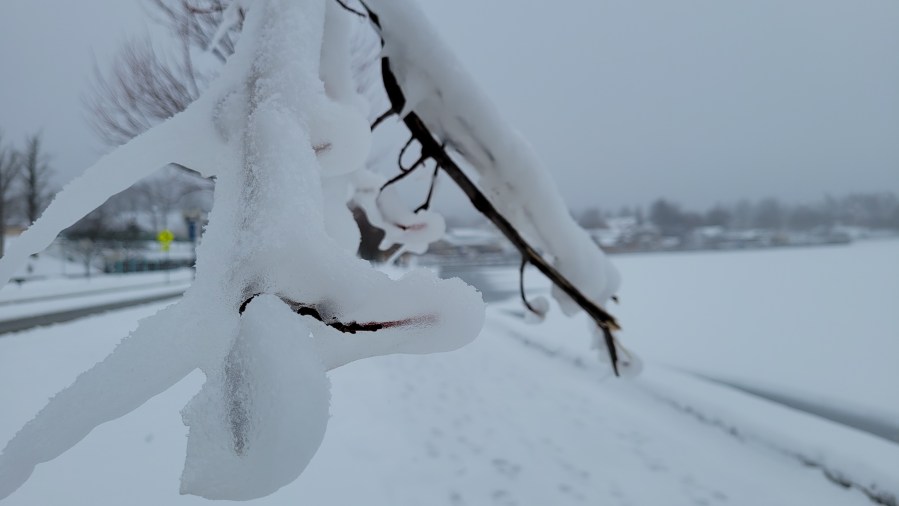 GLENS FALLS, N.Y. (NEWS10) - The first snowfall of the season is expected this week, set to come down early Wednesday in varying amounts depending on how far north you go. Those amounts include a forecast 2"-4" in the Glens Falls region, and as much as 4"-6" in the Lake George-North Creek area. Those amounts vary up and down looking further into the Adirondacks.

That's not a recipe for a full-on explosion of winter snowfall, but it will be the first few inches of accumulation of the year. From Glens Falls and Lake George on north, the Adirondack park is a roughly 9,375-square-mile chunk of New York State full of small towns and large mountains; lakes that affect snowfall; and winding roads where drivers can run into hazards if they're not prepared. Here's some of what to know about winter in the North Country.

The Adirondack region's size and range of sloping mountains mean that snowfall will vary depending on a lot of factors. Airports often serve as an ideal monitoring point for weather phenomena of all kinds, and the cold and flaky kind is certainly no different. Here are the stats from three airports from different spots along the map, according to WeatherSpark.

Rockefeller Center Christmas Tree, from Queensbury, on way to NYC

Once the winter sets in, combatting icy roads is a fight that won't see its last spear chucked until spring. Traditionally, rock salt has been deployed on roads as they get covered in snow and ice, to cause ice breakup and minimize large slippery patches.

In more recent years, the tactic has changed. Since the winter of 2020-21, Warren County has deployed brine, a salt-and-water solution that uses less salt than the traditional method. Brine is employed on roadways before a large wave of winter weather. The salt soaks into pavement, stopping ice from ever forming in the first place.

Whether brine or rock salt, roads in the Adirondacks still promise a difficult time for any driver not prepared. Adirondack.net makes several recommendations for how to drive safe in the winter months. They include:

Lake George lighting up for the holidays

Keep an eye on news10.com for a look into the snow ahead throughout the winter.

Council and police team up to prevent crime

Today24.pro
RoboCV: stacker robot I make $1,000 a month by promoting Amazon products on social media. It only takes 5 hours per week — here's how I set up my side hustle. ‘How many Uber drivers does it take to pick up a disabled person?’: Disabled person says 3 Uber drivers canceled on them because of their service dog Billionaire investor Howard Marks touts a bargain boom as interest-rate fears grip markets - and predicts a surge in companies going bankrupt