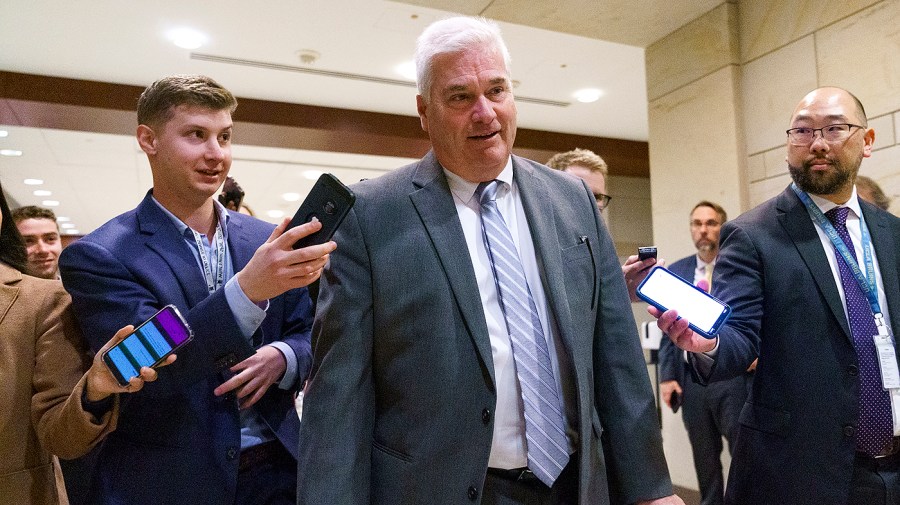 The conference separately voted to elect Rep. Steve Scalise (R-La.) as majority leader by voice vote. Scalise had been serving as minority whip. Minority Leader Kevin McCarthy (R-Calif.) was elected Speaker-designate. A vote on the House floor will eventually determine the Speakership.

Emmer won the race for House majority whip, the third-ranking post in a GOP majority, locking up a victory in what was considered the most competitive race in the conference.

The three-way race was decided on the second ballot in a 115-106 vote between Emmer and Banks.

Ferguson was knocked out in the first round of voting, winning 71 votes compared to 72 for Emmer and 82 for Banks.

Emmer, currently the chair of the National Republican Campaign Committee, led the House Republicans through this month’s midterm elections and the 2020 cycle, focusing on how unexpected gains in 2020 set the groundwork for securing a GOP majority in 2022 despite smaller-than expected gains this year.

In materials allocated to members last week, the Minnesota Republican leaned into his “honest and direct engagement with members.”

Banks — who currently chairs the Republican Study Committee, the largest conservative caucus in the House — emphasized maintaining “relationships with the coalitions who’ve helped us and the voters who elected us” in his bid for the job. He secured an endorsement from Concerned Women for America, a right-wing Christian group, and pointed out that he is a veteran.

And Ferguson, who currently sits as chief deputy whip of the GOP conference, highlighted his experience on the whip team.

Elon wants to go to war with Apple. History suggests it's probably not going to make a difference.

Today24.pro
‘How many Uber drivers does it take to pick up a disabled person?’: Disabled person says 3 Uber drivers canceled on them because of their service dog I make $1,000 a month by promoting Amazon products on social media. It only takes 5 hours per week — here's how I set up my side hustle. Billionaire investor Howard Marks touts a bargain boom as interest-rate fears grip markets - and predicts a surge in companies going bankrupt One of The Greatest Britons in History - Joe Calzaghe