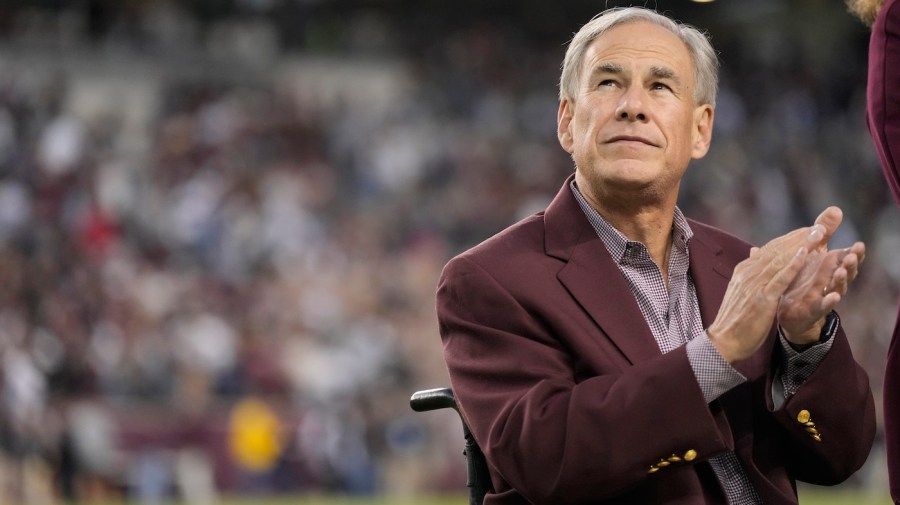 Texas Gov. Greg Abbott (R) announced on Tuesday that a bus of migrants from his state is headed for Philadelphia, becoming the fourth drop-off city that Abbott has sent migrants to in protest of Democrats’ immigration policies.

"Until the Biden Administration does its job and provides Texans and the American people with sustainable border security, Texas will continue doing more than any other state in the nation's history to defend against an invasion along the border, including adding more sanctuary cities like Philadelphia as drop-off locations for our busing strategy," he added.

Abbott and two other GOP governors — Florida Gov. Ron DeSantis and Arizona Gov. Doug Ducey — have transported migrants across state lines in recent months as the number of migrants encountered at the border surged to record levels.

Ducey has also bused migrants to D.C., while DeSantis’s office in September chartered two flights for migrants that took them from Texas to Martha’s Vineyard, Mass., an island known for its many wealthy residents.

The programs have drawn fury from Democrats, who argue the relocations unfairly treat the migrants as political pawns.

Abbott indicated the bus headed for Philadelphia will drop off the migrants on Wednesday morning at William H. Gray III 30th Street Station, the city’s major train station that services Amtrak. The station is located across the Schuylkill River from downtown areas of the city.

The Texas Republican called out Philadelphia Mayor Jim Kenney (D) in the announcement, saying he has celebrated Philadelphia having “sanctuary city status” for migrants.

The Hill has reached out to Kenney’s office for comment.

Abbott made immigration a key issue in his reelection campaign, which he handily won against Democrat Beto O'Rourke by about 11 points.

Earlier on Tuesday, Abbott declared that an "invasion" was occurring in his state, moving to invoke invasion clauses of the U.S. and Texas constitutions to allow him to boost border security, including deploying the National Guard.

Today24.pro
One of The Greatest Britons in History - Joe Calzaghe LAMB BUTTER Will Melt in Your Mouth! Ancient Food on the Silk Road! RoboCV: stacker robot I make $1,000 a month by promoting Amazon products on social media. It only takes 5 hours per week — here's how I set up my side hustle.