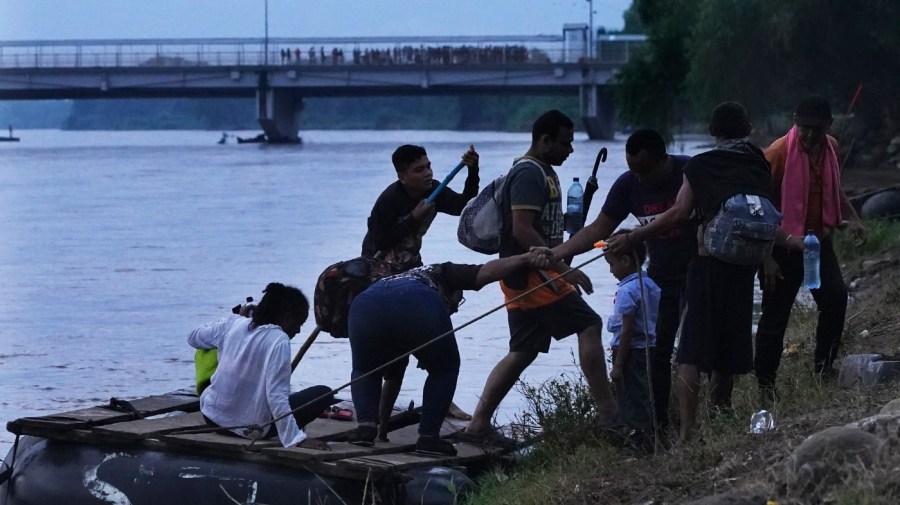 A federal judge on Tuesday vacated the Title 42 policy that allowed border agents to rapidly expel migrants without letting them seek asylum, toppling a Trump-era policy embraced by the Biden administration.

D.C. federal district court Judge Emmet Sullivan found the policy violated the Administrative Procedures Act, striking down the controversial policy and blocking the Biden administration from using it to turn away migrants.

Crafted under the Trump administration in the earliest days of the pandemic, Sullivan found the policy to be arbitrary and capricious, violating standards of the Administrative Procedure Act (APA), “because CDC failed to adequately consider alternatives and the policy did not rationally serve its stated purpose.”

The judge also noted the CDC’s “decision to ignore the harm” caused by the policy likewise violated the APA.

“It is unreasonable for the CDC to assume that it can ignore the consequences of any actions it chooses to take in the pursuit of fulfilling its goals, particularly when those actions included the extraordinary decision to suspend the codified procedural and substantive rights of noncitizens seeking safe harbor,” Sullivan wrote.

“Title 42 has caused grave harm to thousands of desperate asylum seekers. The ruling puts an end to a policy that misused the public laws as a pretext to abandon our commitment to provide a hearing to those fleeing danger,” he said in a statement.

The end of Title 42 will almost certainly be celebrated by immigrant advocates, but the sudden end to a key component of the administration's border enforcement toolkit could enhance the perception of chaos at the border.

Title 42 was marketed as a pandemic response policy, but  most observers deemed it a transparent attempt to use the pandemic as an excuse to gut asylum.

In his ruling, Sullivan agreed with the critics that questioned Title 42's public health bona fides.

"The Court is not convinced that the Title 42 orders do not fall into the category of a 'quarantine, isolation, or 22 other public health measures,' as contemplated by the 2017 Final Rule," wrote Sullivan.

Title 42 was technically beholden to an order by the Centers for Disease Control and Prevention (CDC), but Trump administration emails made public revealed the order was politically engineered from within the White House.

Under the policy, many foreign nationals who presented themselves at the border were not allowed to claim asylum and were instead immediately expelled to Mexico or their home country.

Mexico initially agreed, under pressure from the Trump administration, to receive Guatemalan, Honduran and Salvadoran nationals under the policy, but in October Mexico cut a deal with the Biden administration to also receive Venezuelan nationals.

The Biden administration's embrace of Title 42 – a signature Trump policy allegedly designed by Stephen Miller – was a gut punch to immigrant advocates, who thought Biden would restore full implementation of asylum law.

Instead, the Biden administration strongly defended the dubious public health qualifications of the policy, used it to expel around 25,000 Haitians to their crumbling country, and expanded its use to Venezuelans.

Venezuelans had until October been exempted from Title 42, as their home country would not receive expelled Venezuelans, and a deal had not been cut with Mexico to take them in.

While Title 42 expulsions are down from their highest monthly numbers, more than 100,000 per month in spring of 2021 and 2022, 78,477 people were still processed using the policy in October.

Chicago Bears Said To Be “Intrigued” By Looming Free Agent